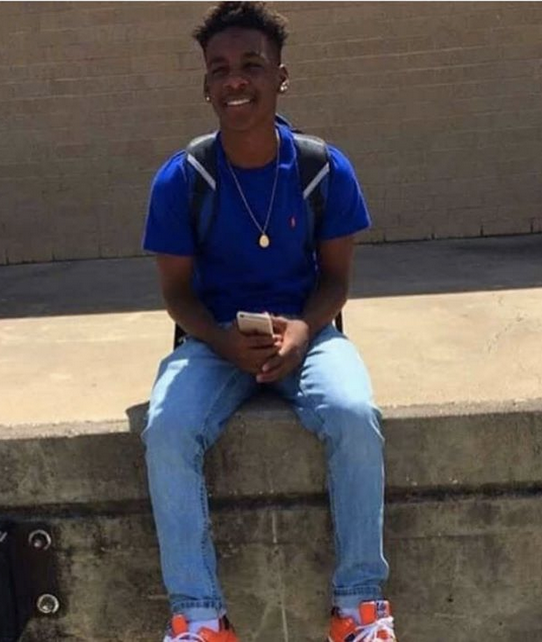 Their rapist, racist right-wing white supremacist god in the White House pins fake photos to his Twitter account and they eat it up. 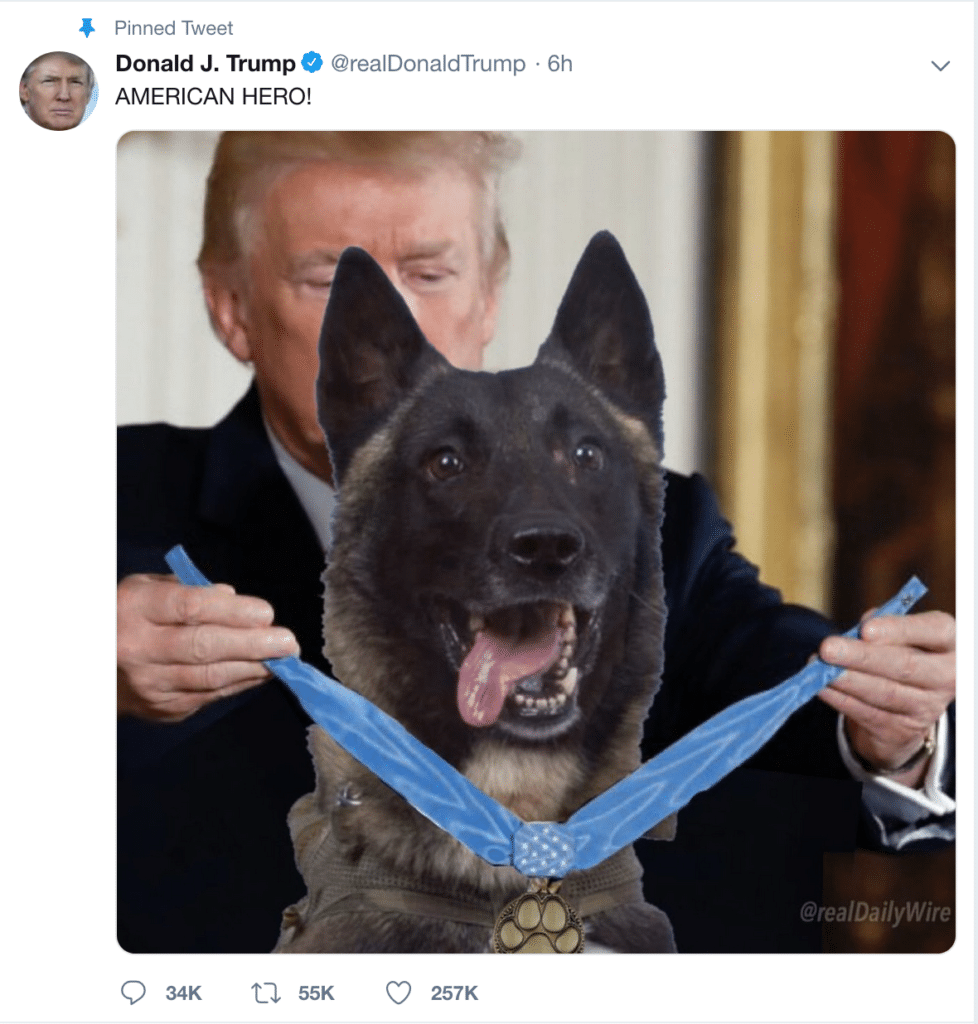 Meanwhile left-wing white supremacists and their media have turned the female Bill Clinton, California Congresswoman Katie Hill, into a victim. She’s the one f*cking at least one of her subordinate female employees for about $2,500 per month. Hill was forced to resign as a result. 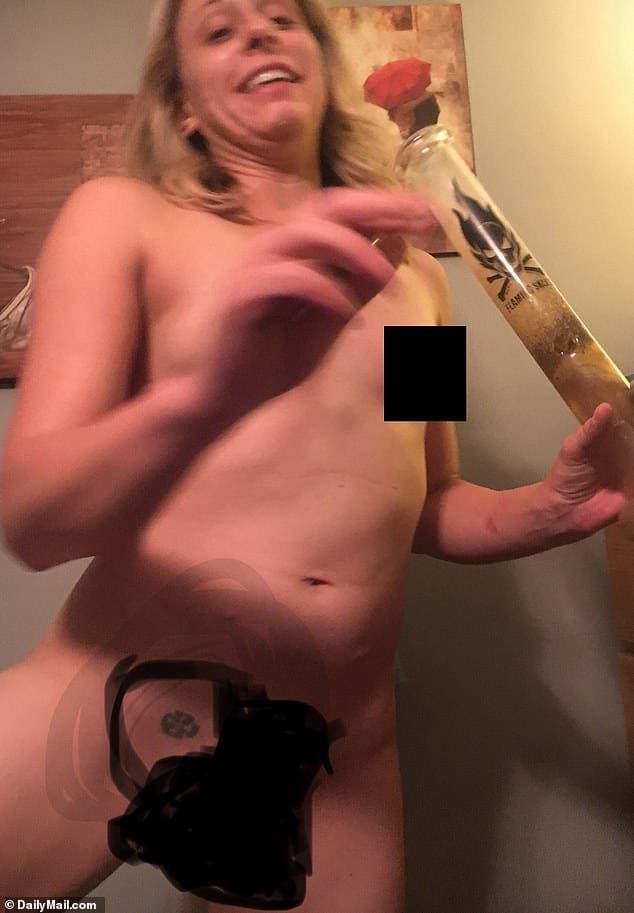 Hill was also having sex with a subordinate male paid employee.

Oh well. This is intersectional white supremacy. Manipulation and subterfuges to please your white funders and voters. They control all narratives. White people simply want to hear what they want to hear; and their media oblige. 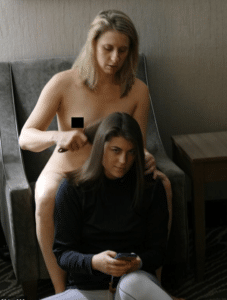 Your predictable, feral behavior and vituperative honking have substantially increased traffic to this two-month-old article. That’s resulted in a decent sum of cash. We will be donating it to Mr. Detravian Allison’s family. Thank you again.

People believe what they want to believe. The copsucking community wants to believe this young man pulled a gun and didn’t fire a shot because they worship cops like gods. Israel military trains most U.S. cops and the subterfuges are deep…fakes.

Longview cops took two months to produce this video. They placed those trees in the background to further the subterfuge. The “gun” blends right into the leafy background (see also Mr. Allison white “trigger finger”). There’s more to it than that. But again, it doesn’t matter. They control the media so their story will be THEE story.

You’re a martyr, young Detravian. We won’t let them control the narrative without resistance.

It’s reminiscent of the doctored Sandra Bland video (which also happened in Texas), and other cop shops doctoring videos to fit their agendas. This Longview cop video is almost as intelligence-insulting as Dallas cops’ tale of Joshua Brown’s murder. Cops and state-run media say this is the last moment Mr. Allison was alive. 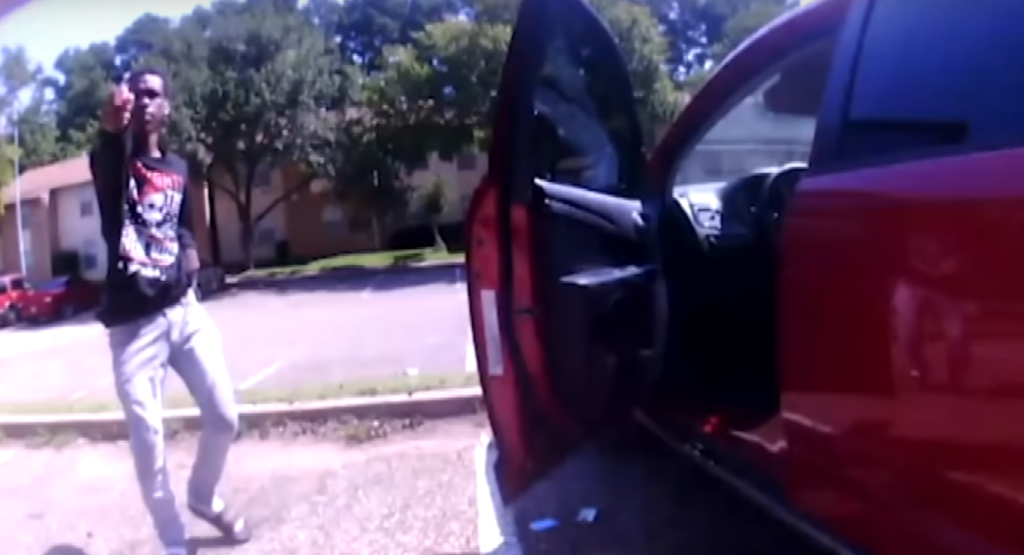 Unfortunately they forgot bystanders took photos of the scene when young Mr. Allison was dying. We already posted it below, but here is it again. 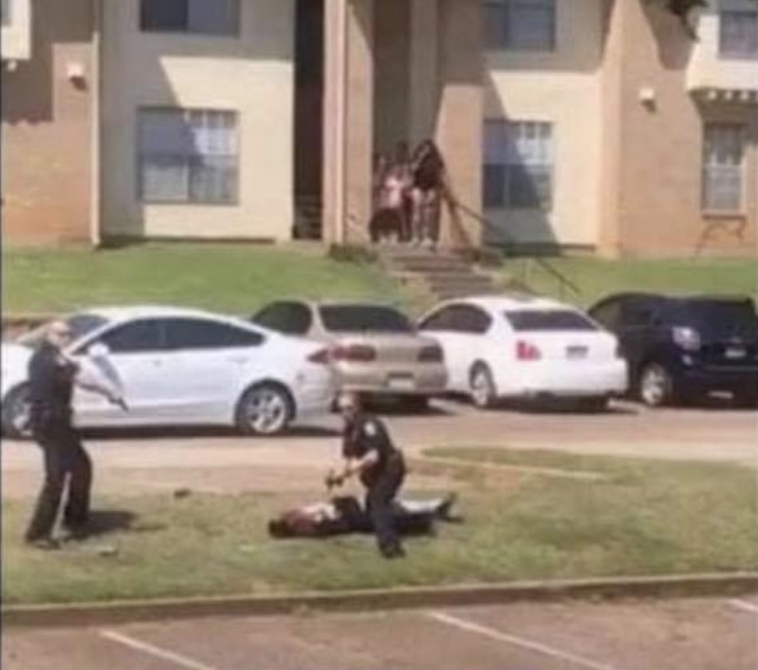 Where’s the red car in the REAL photo? In fact where are any parked cars in the doctored cop video? The cops also had Mr. Allison’s shirt pulled up, exposing his torso in their doctored video. Doesn’t look that way in the real photo.

Oh, and Mr. Allison pulled a gun on known Constitutionally-protected terrorists…and did not fire a shot. The cop video also has a bunch of trees in front of the apartment complex. The real photo does not. The only “video” of this incident was obtained by state-run media outlet KYTX CBS 19 in Tyler, Texas, two months after the incident. Cops with nothing to hide immediately release body-cam video after these incidents on their own volition. Media requests are not necessary. Further, CBS 19 specifically said that they edited the video because it’s “too graphic,” as if they care about black people.

Where’s Bill Lumbergh when we need him? Doctored video, especially by cops, is very easy to spot by the trained eye. Again, see the Sandra Bland case.

LONGVIEW, TX — The state of Texas is openly and proudly a white supremacist terrorist sanctuary in the United Police States of America. Those with common sense already know this. But yesterday was one of those days Texas really wanted to show its Confederate colors.

We’ll start in El Paso, where yesterday around 7 p.m., a radical white extremist showed up at the Casa Carmelita community center armed with a gun, knife, unidentified white powder, and wearing latex gloves. Keep in mind, this is the same city where 22 people were killed and 24 others injured by another radical white extremist just last week at a Walmart.

Despite the white extremist trying to enter the Casa Carmelita building, brandishing a firearm, being in possession of several loaded magazines, a knife, and unidentified white powder, El Paso cops said “he has rights” and released the terrorist. The radical white extremist has since been lionized by Confederate media, specifically the Washington Examiner (note: we don’t give radical white extremists publicity, so its name is not used herein).

It was a completely different story eight hours earlier on the eastern side of the state. Longview cops received a call around 10:40 a.m. about a man allegedly making verbal threats at a business. Obviously the white person who called cops described the man as “black,” which instantly got the cops sexually aroused and salivating. Longview cops said they went to Longview Square Apartments on Pine Tree Road searching for the vehicle the caller described, that they now said was “reported stolen.”

Two men, one being 18-year-old Detravian Allison (also called “DeTravian Kennedy” in some social media posts), were inside the vehicle when cops showed up. Longview cops played the “he had a gun” card, which prompted them to open fire on the young man, killing him instantly. Another man was arrested. The killers were immediately rewarded for the kill with paid vacations, aka “paid administrative leave.”

Watch a report from KYTX CBS 19 in Nacogdoches, Texas.

The killers were also immediately rewarded with atta-boys and other accolades from the white copsucking community.

“LPD police don’t shoot anybody for nothing. It’s sad that the boy got shot, but they’re doing their jobs. They have to defend themselves,” one copsucker who lives at the apartment complex told the Longview News-Journal. There was a lot more of this worshiping of cops like gods on the Longview Police Facebook page when they reported the summary execution.

There is apparently video of either the aftermath or the actual shooting, along with several more accounts from witness who are not copsuckers. Nikki Lew posted this screenshot on Facebook that shows Mr. Allison already shot upwards of eight times, but cops are still putting handcuffs on him and aiming guns at him.

We learned a lot about this Texas town about four years ago when we covered the Kristiana Coignard story. It was January 22, 2015 when the 17-year-old tiny white girl entered the Longview Police Department asking them for help. She was immediately body-slammed and tasered, before being shot several times on tape. But here’s the kicker – the cops who attacked and killed her were black. That did not matter. White copsuckers worship those inanimate tin-foil badges like deities because they know cops are the enforcers of white supremacy. A few white people getting killed by cops is simply collateral damage for them to maintain white supremacy.

Simply stated, had Mr. Allison been white, he’d likely still be alive. It’s safe to say the young man was unarmed as the “he had a gun” card is the top subterfuge cops use to justify murder in 2019, after the “we feared for our lives” card. But for the sake of argument, if Mr. Allison had a firearm, he has the same rights as the white terrorist El Paso cops treated with kid gloves later that day. But again, black Americans have no Second Amendment rights. Whether you use the Philando Castile case, the El Paso case earlier yesterday, or common sense as proof, the facts remain the same.

White Confederate culture is now the norm again in the USA. Black people are three-fifths of a human being, chattel property. Sadly, most black people are too afraid or unable to defend themselves against radical white extremism. Democrats have conditioned many black American men to be emasculated and unarmed, thus this re-enslavement process is fairly easy for the terrorists. Radical right-wing extremists, especially cops, have no reason to fear or respect black people as a result. Those of us who are armed and ready to die for freedom will survive this Confederate reboot. The rest…god help you.

The Texas Department of Public Safety, which also goes by the same name as the Major League Baseball team in Arlington, is handling the kangaroo investigation into the execution. Longview cops have body-cams, but of course these low IQ individuals say it takes six months to look at the footage. The inevitable “justified” disposition should be released late this year or in early 2020.

Our thoughts are with the Allison family.