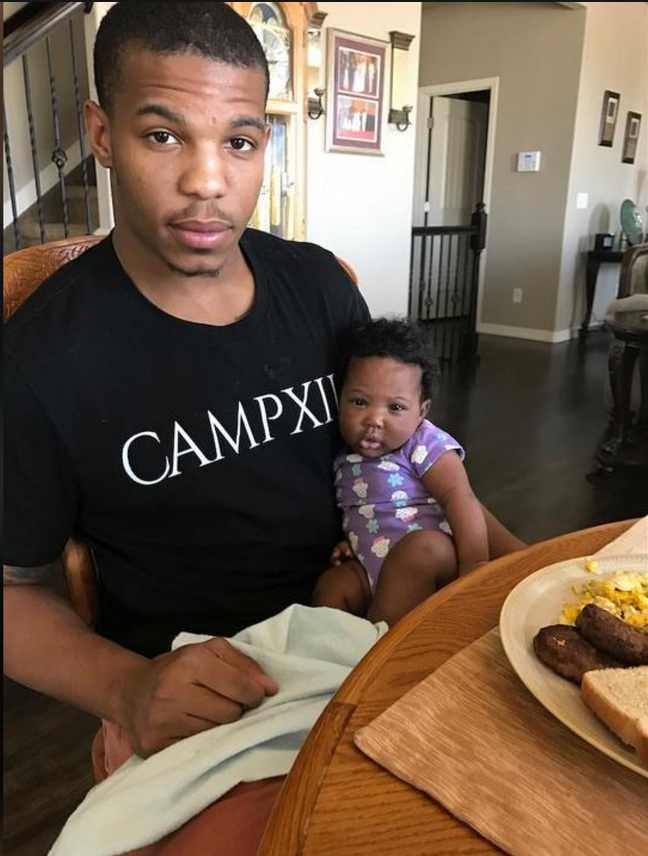 This case will end in one of two ways – unresolved or the killing being pinned on some unfortunate, random black person.

Looks like Dallas Police chose the latter. They want people to believe that three black men drove 300 miles from Alexandria, Louisiana to Dallas to buy weed from Mr. Joshua Brown and kill him. Dallas Police also want you to believe that Mr. Brown is a big-time drug dealer who just testified for the State of Texas in a high-profile murder trial.

We won’t dignify this bullshit narrative by talking about it further. Obviously Dallas cop Martin Rivera and/or paid Nazi mercenaries by Dallas Police did this. But they own the guns, the media and the military; and can thus conjure whatever ridiculous story they choose. Those three young men might as well be dead now. Mr. Brown is dead. Botham Jean is dead. Dallas cops kill black people by any and all means.

DALLAS, TX — Feral pig Amber Guyger murdered Botham Jean on September 6, 2018. Twitter and Facebook users immediately said the two knew each other and the whole thing was a lovers quarrel gone bad. However that narrative was quickly buried and never revisited by media or anyone else. 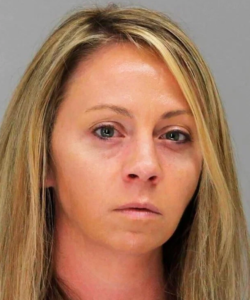 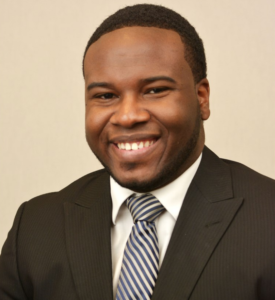 The aforementioned sounds crazy and like something out of a really bad slave movie. We were going to avoid writing about this whole story due to the sheer absurdity of it on so many levels. But after watching the trial, the murder of key witness Mr. Joshua Brown, and an intriguing email we received about said murder, there was no avoiding it.

Guyger’s defense strategy was clear from the beginning – play the white damsel-in-distress role, fake cry on the stand, and play the copsucking card to the end. It worked. Judge Tammy “The Mammy” Kemp continually presented the jury ways to acquit Guyger. 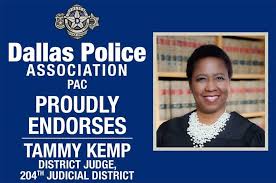 This judge told the jury to consider the Castle Doctrine and some ridiculous imperial law called “sudden passion.” The latter is similar to the “stand your ground” stuff that helped acquit the murderer of Florida teenager Trayvon Martin. It gives white people a legal out to murder black people with impunity.

Kemp repeatedly showed her dog-like loyalty to white cops. She allowed dash-cam video of a dead, bleeding Botham Jean getting CPR to be shown in court in front of his family. But let’s forget Kemp for a second. The sentencing phase of this trial put on full display the deeply-ingrained slave mentality of black people and why true black America will be extinct in the next 30 years or so.

A black cop brushed Guyger’s hair with her hand during a break in testimony. We won’t be re-posting videos or photos, as those images are unsuitable for black people. But if you look closely, you’ll see a white cop order the black cop to brush her hair. Then there is Botham Jean’s brother, Brandt Jean. The sorry coon, who obviously wants sex from Guyger, hugged the killer of his brother on camera. Again if you look closely, you’ll see a white male cop standing close by, serving as Guyger’s protector.

Tammy the Mammy wasn’t finished. She hugged the convicted murderer and gave it a Bible. It’s reminiscent of when Ted Bundy was sentenced. The judge in that case spoke of Bundy like an American hero. Time magazine called him “handsome and charming.” Guyger ultimately got a slap-on-the-wrist sentence that amounts to five years in prison for murder.

Mr. Joshua Brown was the key witness who likely sealed Guyger’s fate. He’s now dead in what looks very much like a retaliation killing by the Dallas thugs in tin-foil badges.

Dallas Police arrived at the 4600 block of Cedar Springs Road at about 10:37 p.m. Friday night. They found Mr. Brown lying on the ground dead. He was shot at least three times in the chest and mouth, according to reports.

It’s obvious that Dallas police, their Nazi volunteers and mammy police chief did this.

But the OP-NAT EYE received an email today from a homeless person who said they were sleeping in their car near the murder scene. We verified the person’s identity through various means, including verifying their employer and social media accounts. The identity of the witness is being withheld for their safety. But here is the bulk of the email with redactions and edited for readability:

Hello. My name is [REDACTED]. I’ve followed your site for many years. I didn’t no (sic) who to tell this. But I was sleeping in my car [REDACTED] from where Josh Brown was killed. I was startled awake after a man yelled something like “hug nigger” or “need a hug nigger” before I heard three gunshots.

I stood completely still and held my breathe (sic), not wanting to be discovered. I heard two car doors shut before the car squealed away. I sat there for a few seconds thinking of what to do. I’m on probation and just trying to get my life back together. I was going to get out and run. But that would draw attention to me.

A few minutes later, several police officers showed up. My heart was pounding as I figured they would search every car in the area and pin this on me. Luckily they never came to my car. I laid there until morning and drove off. Please do not use my name if you decide to publish this information. I have a job at [REDACTED] and don’t want to lose it. I don’t want to go to jail. But I wanted to tell you this. Thank you. You may call me at [REDACTED] if you have any other questions.

We cannot say with 100% certainty that the witness to Mr. Brown’s murder is credible. But if what they say is true, why didn’t police search every car in the area? You would think they would at least shine a flashlight into the windows of every car within 1,000 feet to see if the killer is hiding. Further, if the witness is telling the truth, there were at least two people involved in the murder. The “hug” is obviously in reference to all those black people in court hugging the convicted murderer Guyger.

This case will end in one of two ways – unresolved or the killing being pinned on some unfortunate, random black person. Dallas Police are essentially investigating themselves and we all know how that works. The “black-on-black crime” narrative shifts focus away from the actual perpetrators. Dallas cop Martin Rivera should be the primary suspect. He and Guyger had a sexual relationship. Rivera also shot and killed an unarmed black man, Brandon Washington, for stealing a candy bar in 2007.

What next for Joshua Brown and family?

First, we hope Botham Jean’s neighbor “Bunny” is armed and ready to shoot. She recorded the aftermath of the 2018 shooting. Bunny received death threats and was fired from her job as a result.

A woman named Estelle Breton-Maya posted on Twitter that she was Mr. Brown’s wife. 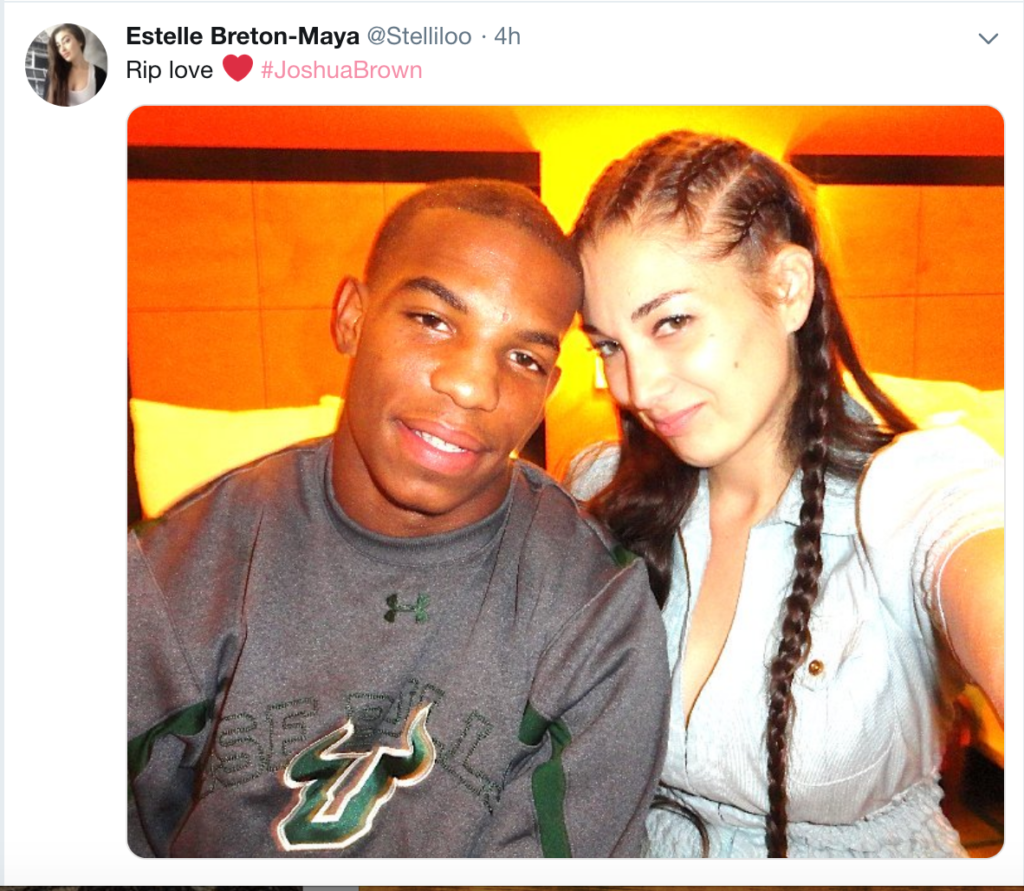 We could not immediately confirm Mr. Brown’s marital status. Breton-Maya is apparently involved in some sort of immigration issue. She is in France, according to her Twitter feed, and is not allowed to come to the USA for her husband’s funeral.

Dallas cops killed Mr. Brown because they want black people to live in fear. Unarmed and untrained black people in America are either stupid or scared. We live in a police-slave state and we are the slaves. Shoot first or die. You’re going to die anyway in the face of feral pigs. You might as well shoot first and die with dignity. Failure to follow these instructions will lead to your own undignified death. This society is what it is. It’s never going to change and only black fools believe it will after 400 years.

Our thoughts are with Mr. Brown’s family.