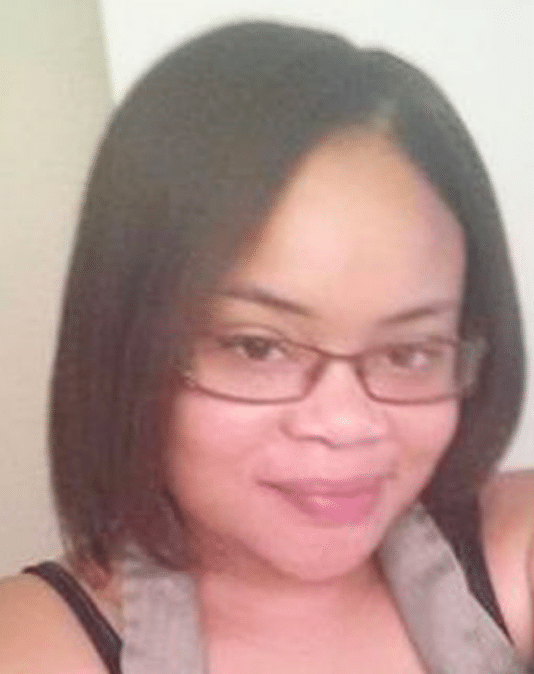 Can’t make this stuff up, folks. The Dallas ABC affiliate and several other news outlets are reporting that Mr. Jefferson died of a heart attack yesterday. He was 59.

The number-1 witness in the September murder trial of Dallas cop Amber Guyger, was all of a sudden murdered by drug dealers from Louisiana (LOL). Now Marquis Jefferson, the brotha who told white people to shove their hugs up their ass, has died of a heart attack.

You are a dumb negro if you walk around the USA, particularly in states like Texas, unarmed and unwilling to defend yourself against white imperialists. This shit isn’t even subtle or disguised anymore. I will go down shooting and I hope all black folks – FBA, ADOS, black immigrants – adopt this principle as well. You cannot reason with the white imperial disease. Arm and train yourselves now.

Much love Marquis and Atatiana. The two of you are martyrs. Hope the maternal side gets the money they’re seeking too. Wonder if Mr. Jefferson had an insurance policy on himself, like he did his daughter? And if so, who is the beneficiary? I sure hope all the money-seekers just get their bag and let the father and daughter rest in peace.

Meanwhile killer cop Aaron Dean was charged with simple assault in 2004. He was caught on tape sexually assaulting a woman when he was 20-years-old, according to his police file. Fort Worth Police knew this before hiring Dean. White privilege is a crazy drug. Cops are low-lives, yet given god-status by white America. Is what it is.

It appears greedy aunties of Ms. Jefferson have forgotten about Tay. They are enabling Merritt, a known coon, to monetize her death. Mr. Marquis Jefferson filed a restraining order just to have a proper funeral service for his daughter. Watch his news conference below.

Merritt defrauded the public by organizing a GoFundMe that has raised over $250,000 as of today. Mr. Jefferson never authorized it. An aunt of Ms. Jefferson did; the same aunt who had the nerve to say Mr. Jefferson is not Tay’s “biological father.” However, attorney Walter Irvin told WFAA Channel 8 that Ms. Jefferson’s birth certificate lists Marquis as her father.

The funeral was paid for by Philadelphia Eagles defensive tackle Malik Jackson and Sacramento Kings forward Harrison Barnes. Therefore, Mr. Jefferson is using the insurance policy to set up a foundation in Atatianna’s name. The funeral was cancelled on Saturday because the auntie excluded Mr. Jefferson from the ceremony. A judge issued a restraining order for the cancellation. Thus, the court sided with the man the auntie says is “not Tay’s biological father.”

The funeral is now scheduled for Thursday, October 24 at 11 a.m. at Concord Church in Dallas.

Who’s getting paid in all this?

Merritt wrote on the GoFundMe page (which we won’t be linking here) “Funds collected will go directly to funeral cost and other expenses associated with this tragedy.” Those “other expenses” are lawyer fees that he will skim from this fraudulent GoFundMe. Further, the funeral was already paid for. This GoFundMe is no different than the $400,000 GoFundMe scam with the homeless veteran and two greedy criminals. We can only hope Mr. Jefferson continues full throttle fighting for his daughter, and holds this Merritt character accountable for defrauding the public.

Meanwhile, the feral police thug Dean is free on bail. We fully expect a slap-on-the-wrist sentence by this time next year; perhaps even an acquittal. I’m sure the aunts and others that allowed Merritt to monetize Tay’s death will hug the cop. That will get them a bigger “settlement.” Sending love to Mr. Marquis Jefferson. You’re a good man who lost an apparently loving, cool daughter. It’s sad this entire episode turned into a Merritt-orchestrated circus and nobody is talking about the feral pig killer anymore. 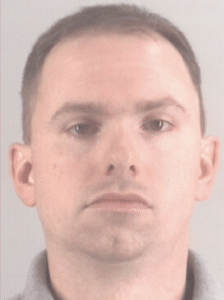 This literally means nothing. We’ve seen this movie many times. The trial, verdict and sentence are what matter. But again, Fort Worth authorities get credit for acting swiftly.

Mayor Betsy Price said at a news conference, “Nothing justifies what happened on Saturday. Nothing.” She also said Fort Worth police mentioning a gun was in Ms. Jefferson’s house is irrelevant. Price has asked the FBI to get involved in the investigation. The Texas state police with the same name as the Arlington baseball team (“Rangers”) declined to get involved.

Meanwhile Ms. Jefferson’s father, Marquis Jefferson, said he has no ill-will towards the neighbor, Mr. James Smith, who called police. But he had a stern and refreshing message for Fort Worth cops. “I don’t want no hug,” he told KTVT CBS 11. “That’s my one and only daughter.” Mr. Jefferson was referencing Botham Jean’s family hugging the white racist cop Amber Guyger during that murder trial a couple weeks ago.

He reportedly resigned from his position as a Fort Worth cop today. Guess his plot to get paid vacation failed. We’ll keep updating as we learn more.

FORT WORTH — Deepfake cop body-cam videos are easy to spot based on time elapsed between the incident and release. The body-cam video of the Detravian Allison murder by Longview, TX cops took two months to release. That’s plenty of time for editing and subterfuges. Fort Worth cops murdered Ms. Atatiana Jefferson yesterday. The body-cam video was released immediately. It’s real and shows a summary execution based on race and incentives.

James Smith, the 62-year-old neighbor of Ms. Jefferson, called the non-emergency number for Fort Worth Police. He said his neighbor’s door was open and lights were on inside the house. Smith knew that Ms. Jefferson was babysitting her 8-year-old nephew, and wanted police to check on the house.

Fort Worth cops arrived at Ms. Jefferson’s home at the 1200 block of East Allen Avenue around 2:20 a.m. Saturday morning. Two white cops stalked Ms. Jefferson’s front yard with flashlights for a few minutes. One of the feral pig completely chimped out and yelled “put up your hands” when he saw a black woman through the window. He fired a gun into the window a second later, killing Ms. Jefferson instantly. Both cops were immediately rewarded with paid vacations, aka “paid administrative leave.” The killer’s name is being withheld by Fort Worth Police.

Here is the body-cam video that clearly shows stalking and murder.

Mr. Smith told the Fort Worth Star-Telegram that he feels partly responsible for his neighbor’s death. “I’m shaken. I’m mad,” he said. “If I had never dialed the police department, she’d still be alive.” Cop subterfuges commenced from there. It’s still unclear why Americans, especially black Americans, believe it’s ever a good idea to call cops for anything. Ms. Jefferson was playing video games with her nephew at the time. That is apparently a crime punishable by summary execution.

Fort Worth cops released a statement saying the killer “perceived a threat.” They also said the body-cam video “showed a gun” in the residence. It’s Texas and everyone has guns. Fort Worth Police made this statement solely to create a copsucking narrative for their white fan base. Fort Worth Mayor Betsy Price said Fort Worth Police “are acting with immediacy and transparency to conduct a complete and thorough investigation.”

What’s next for Atatiana Jefferson’s family

Ms. Jefferson, whose friends and relatives called “Tay,” was a 28-year-old young lady who worked in the pharmaceutical industry. She was a graduate of Xavier University. Amber Carr, Ms. Jefferson’s sister, told NBC 5 in Dallas that no amount of justice will bring her sister back. Cops release body-cam video immediately for one of two reasons. They are either really being transparent or the perpetrator was a true criminal threat to the community.

This video shows murder, plain and simple. These cops did not even identify themselves as cops. Ms. Jefferson would have been completely justified in shooting these intruders on her private property under the Castle Doctrine. The facts remains, however, that cops are the killers and the murder took place in Texas. Fort Worth Police deserve some initial credit for immediately releasing the dash cam video and eliminating deepfake speculation. But after the Amber Guyger fiasco and the Josh Brown murder, nobody should be holding their breath waiting for “justice.”

The Tarrant County District Attorney’s office is handling the kangaroo investigation and has held at least one cop accountable this year. Arlington cop Bau Tran was indicted by a Tarrant County grand jury on negligent homicide charges in May. He killed 24-year-old O’Shae Terry for absolutely no reason other than to receive a paid vacation. But the Tarrant County District Attorney is Sharen Wilson. She’s the one who sent black mother Crystal Mason to prison for five year for voting. Ms. Jefferson is at least the seventh person shot by Fort Worth cops since June. Six have died.

Our thoughts are with the Jefferson family.