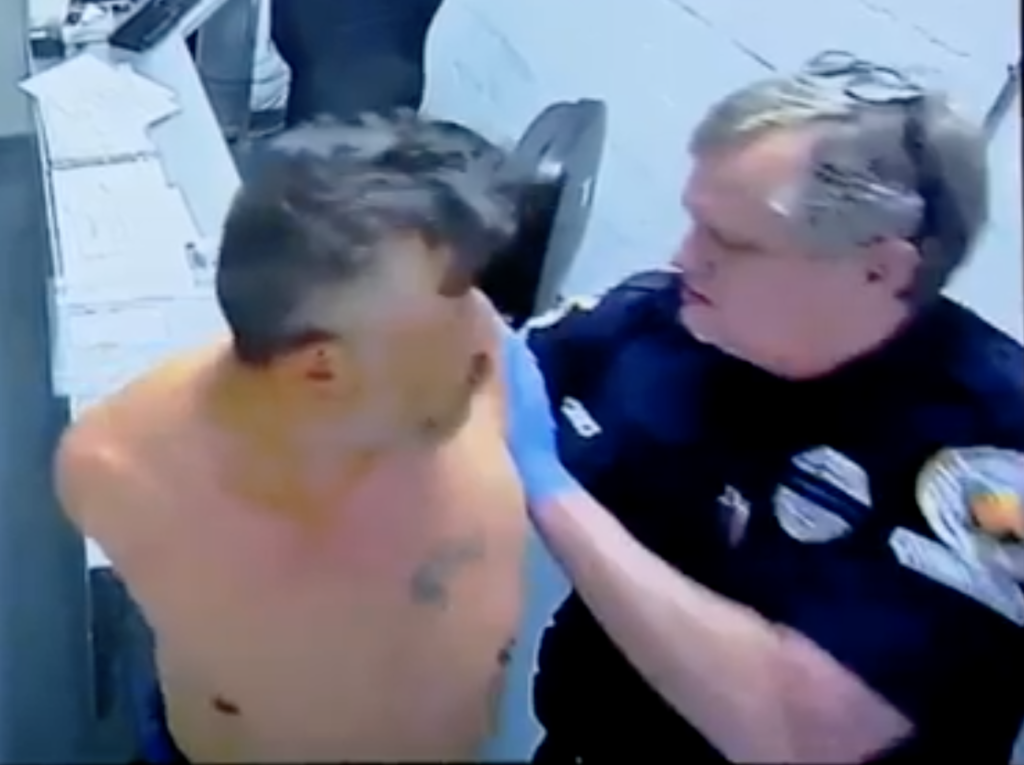 HOMESTEAD, FL — It took eight months for charges to be filed. But a Florida jail cop will at least have to sweat through the U.S. justice system for his thuggish behavior.

The incident took place sometime in December of 2018. Mr. Jose Garcia had been arrested and charged with disorderly conduct and “resisting arrest.” He was taken to the Homestead Police Department Station, where they book arrestees into jail. Homestead cop Lester Brown, who had reportedly worked as a booking officer since 2007, grabbed the handcuffed Garcia and, out of a fit of feral rage, threw Garcia face-first into a wall.

Watch the raw video as it was played by Miami-Dade prosecutors when they announced the charges.

It was reported that surgical glue had to be used to close the gash in Garcia’s head. Brown filed a false police report about the incident, saying the man “fell during a struggle” between the two of them. Of course the tape, and common sense, said otherwise, considering the severity of the wound. Prosecutors said the report did not match what happened on the tape, and charged Brown with felony battery and official misconduct.

Brown was actually suspended without pay immediately when the higher-ups learned about the incident. His termination is still pending. Homestead Police Chief Al Rolle actually deserves some relative credit for this. 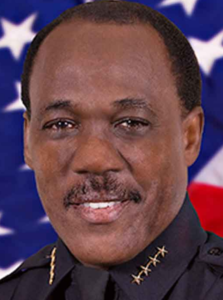 “Homestead is a small department, a small community, but we’re not going to tolerate this kind of behavior from one of our police officers. We never have, and we never will,” Rolle said during the news conference. That actually takes courage, particularly in a copsucking state like Florida. Rolle could have easy buried this whole story. But he chose the high road, so props to him.

The story gets even crazier from there. Brown is the plaintiff in a currently pending lawsuit against the city of Homestead. Brown claims the city discriminates against him and has passed him up for promotions because he is missing two fingers on one of his hands. Funny how that reminded me of the movie “Cloak and Dagger,” the original one from the 1980s.

But now its clear why this feral pig Brown is so angry at the entire world. C. Michael Cornely, the attorney representing the criminal cop, told CBS 4 in Miami that the charges are “excessive” and should have been handled administratively. Cornely has already played his hand, signaling he will use the copsucking defense strategy. He and his team will work very hard to get a few white copsuckers on the jury.

“I believe this officer believed the man was a threat to him and he had to make a split second decision to put some space between him and the prisoner,” Cornely told CBS 4.

Brown faces up to 10 years in prison for both felonies, but don’t hold your breathe. Miami police thug Lester Bohnenblust body-slammed 66-year-old nurse, James Nicholson, last year. Bohnenblust was ultimately found guilty of battery on a person over age-65, and false imprisonment. But he was sentenced to only 45 days in jail by Miami-Dade County Judge Marisa Tinkler Mendez last month.

Further, the prosecutor in the instant case is Katherine Fernandez Rundle, who also happens to be the only other person besides Janet Reno to be Miami-Dade State’s Attorney since 1978. Fernandez Rundle is best known for never charging a cop for killing someone in her 27 years in the position. Her most infamous failure was not charging the four Miami-Dade County Jail cops who locked 50-year-old Darren Rainey in a scalding hot shower for two hours, torturing him to death. Fernandez Rundle’s office said of the June 23, 2012 incident, “the evidence fails to show that any correctional officer acted in reckless disregard of Rainey’s life.”

Here is the autopsy photo of Rainey’s back. 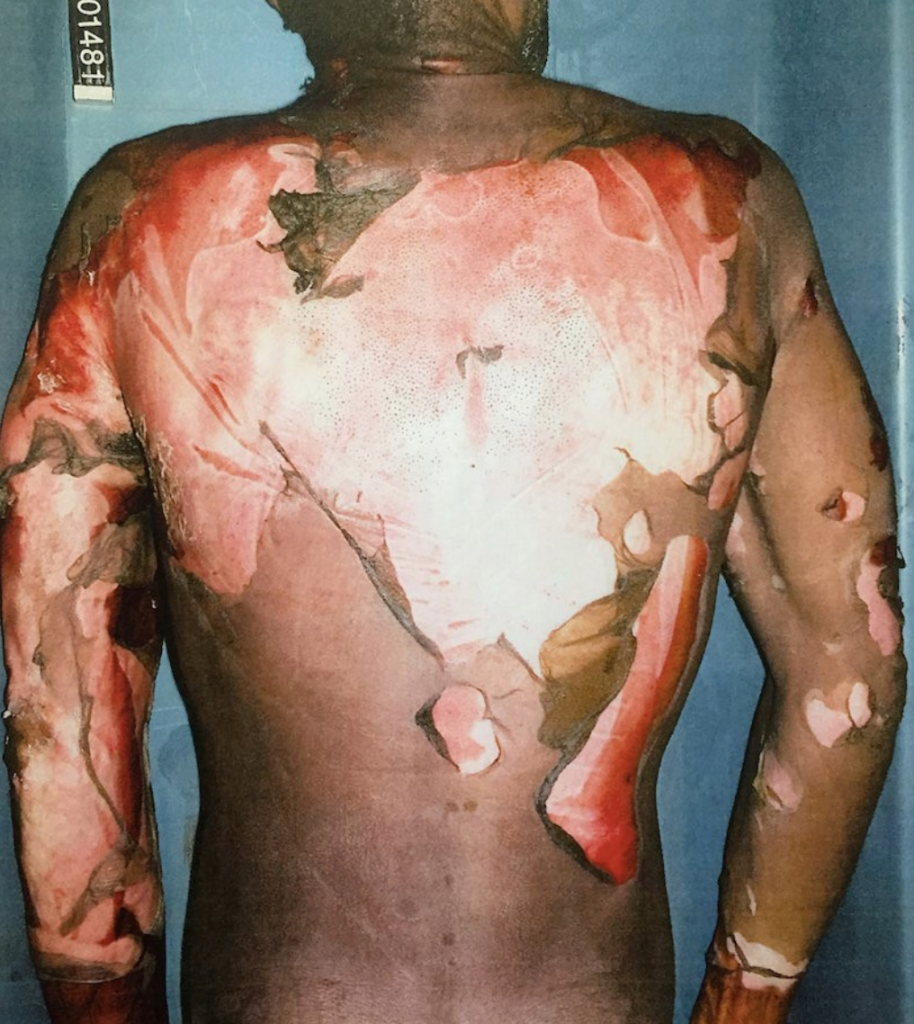 Of course there’s also the Deandre Charles case. Fernandez Rundle charged a 15-year-old black kid with the murder of a rabbi, based on a witness sketch that was so ridiculous, it became an internet meme and part of a Kevin Hart comedy routine. 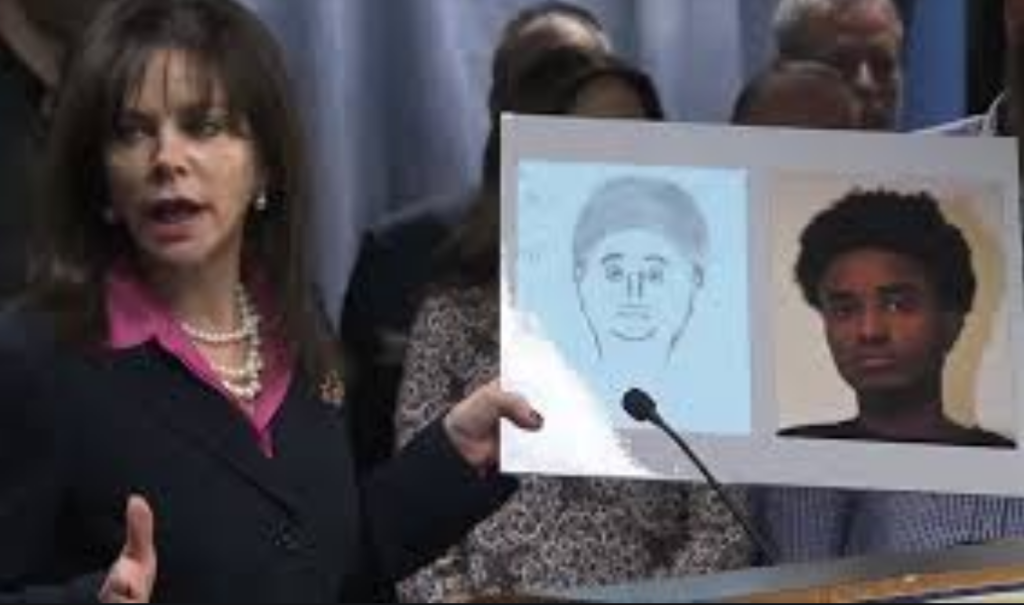 Fernandez Rundle was forced to drop the charges a year after ruining the young man’s life. Mr. Charles filed a lawsuit against Fernandez Rundle and Miami-Dade police earlier this year. The suit claims to have proof that the prosecutor and police had exculpatory evidence the whole time.

Lester Brown was briefly taken to jail yesterday, but released on $10,000 bond within an hour or two. We expect him to ultimately get a slap on the wrist via plea bargain or sentence by a Miami-Dade judge.