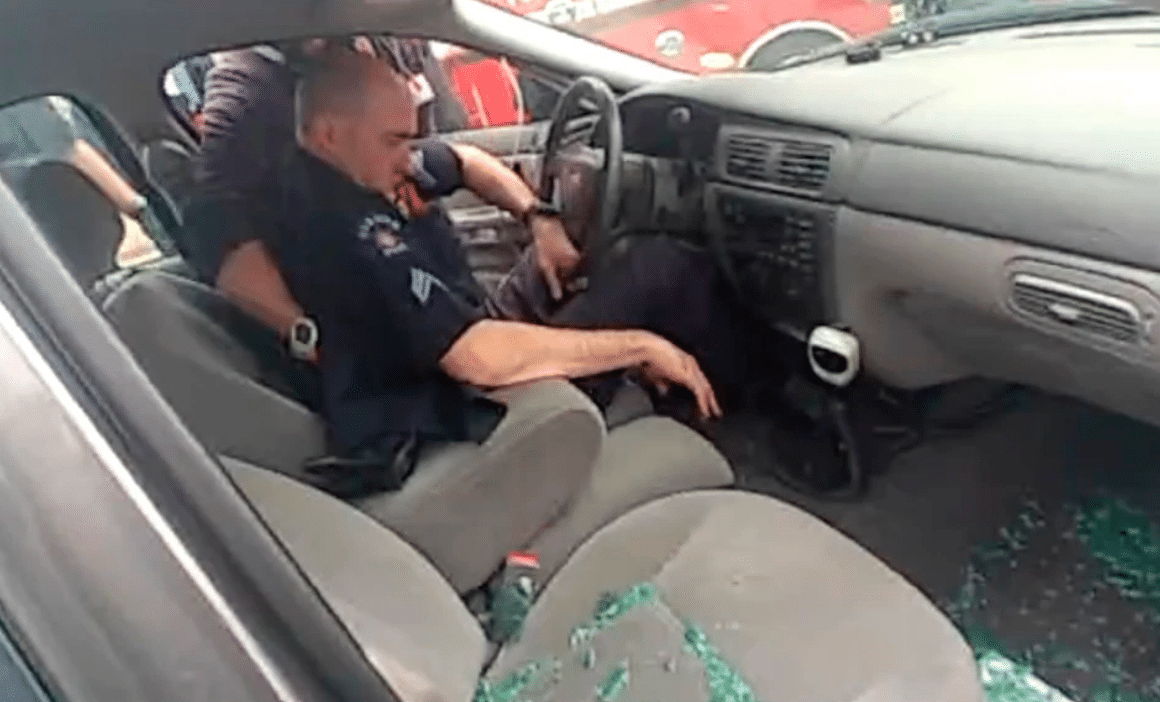 The current chief, Nick Metz, is retiring this week. O’Keefe was set to serve as Interim Chief. It appears the other cops are revolting against current leadership for giving the lush cop a get-out-of-jail-free card. O’Keefe wrote in a letter to City Manager Jim Twombly that he hoped Aurora Police could “move beyond the negative depiction currently being broadcast.”

It’s unclear who will now serve as Interim Chief. But whomever it is, they must immediately fire this Meier clown to restore any shred of credibility to this police department. Regardless, Meier still escaped what would have been felony DUI and endangerment charges because of his two, now-retiring good ‘ol boys.

AURORA, CO — My initial reaction to this was, “this has to be a Dave Chappelle skit.” We know that cops are humanoid creatures. They rape women and children, rape dogs, and murder people daily. In fact 99% of the time they are rewarded with extended paid vacations and endless accolades from the copsucking community for these deeds. But now cops are allowed to drink vodka on duty, pass out drunk behind the wheel of their cop cars in the middle of the road, and not be charged with DUI.

That’s exactly what happened on March 29, 2019. A woman called police when she discovered a man in a cop uniform passed out in a running, unmarked vehicle near the intersection of East Mississippi Avenue and Tower Road. The fire department showed up first. They tried communicating with Meier. But he was obviously wasted. The fire department was forced to break the passenger side window to shut the car off and put it in park. Nine cops eventually showed up, including the deputy chief, Paul O’Keefe.

The drunken Meier, 48, had to be pulled from the car and placed on a stretcher. Watch the full dash-cam video below.

One of the cops could be heard saying “he’s a little intoxicated.” That was an understatement. Meier had a blood-alcohol level of 0.45, five times the legal limit. A report obtained by Fox 31 KDVR in Denver said that Meier admitted to drinking vodka straight from the bottle that day while he was on the clock. He also said he blacked out and had no recollection of being pulled out of the cop car completely inebriated.

The OP-NAT EYE has obtained exclusive footage of Meier drinking the vodka before passing out in his cop car.

O’Keefe went full feral pig defending his boy. He referred to the drunk cop as “agent Meier” and gave this embarrassing excuse for his fellow pig.

“However, based on the lack of information, my own observations, the fact that the car was stopped (ignition on) with no motor vehicle accident or driving observations, and the lack of any additional evidence (no other noted smells, no bloodshot watery eyes, physical impairment inconsistent with my experience with DUI), it was decided that no testing would be completed at that time.”

Meier was “demoted,” but kept his job. He was also docked a few dollars in pay. But the best part of this comedy skit is that Meier was not charged with felony aggravated DUI. He wasn’t even issued a traffic ticket. Nick Metz, the chief cop in Aurora, said he “unequivocally” stands by his decision to keep the lush on the payroll and not charge him with any crimes.

Metz is retiring from the department in a few weeks. He plans to work at his wife’s counseling center as a trainer for first responders. The first lesson is to teach them how to cover up felony DUI charges against alcoholic cops. Michael Coffman took office as the city’s new mayor just a couple weeks ago. But the former Republican Congressman, who was defeated by 11 percentage points by Democrat Jason Crow in 2018, has already indicated he is part of the copsucking community. As Donald Trump told Coffman, “too bad Mike.”

This situation could have been much worse. The drunk pig could have killed someone. But the “thin blue line” is a well-funded, well-armed criminal organization that always protects its own. The drunk pig and his cohorts deserve any and all bad karma that comes their way.