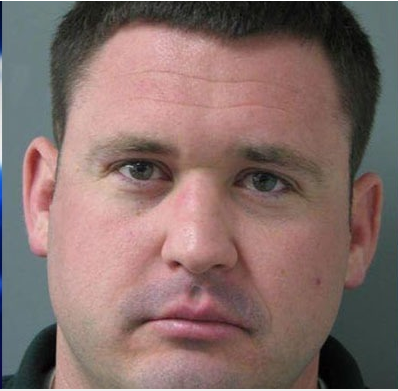 OUACHITA PARISH, LA — Though cops get away with murder even when committed on video in the U.S., a north-central Louisiana grand jury decided to at least make one killer cop sweat for the next few months.

West Monroe cop Jody Ledoux arrived at the Now Save Pik-Pak Store on North 7th Street in West Monroe on December 4 around 7 p.m. after employees called about a man standing in front of the store. The man, Mr. Raymond Keith Martinez, was a homeless Vietnam War veteran who locals say always hung around various stores asking people for money. By all accounts, he was a harmless guy who drank a lot so he didn’t remember the atrocities he committed as a U.S. military member on innocent people in Southeast Asia.

Ledoux arrived and immediately had a gun drawn and pointed at Mr. Martinez. Not even 10 seconds later, the cop opened fire on Martinez for no other reason but blood lust. Martinez died later that night at a hospital, and Ledoux was immediately rewarded with a paid vacation.

Here is the surveillance video of the murder.

An Ouachita Parish Grand Jury indicted Ledoux on one count on negligent homicide on Friday, January 16. The killer was allowed to “make arrangements” to turn himself in by the following Monday. Ledoux was booked on January 19 and released on a mere $10,000 bond. He entered a not-guilty plea at his arraignment today in the Fourth Judicial District Court. He will remain on paid vacation status through the entire trial.

Despite the arraignment, the American people can expect a slap on the wrist or complete acquittal for the killer cop. Louisiana describes negligent homicide as “the killing of a human being by criminal negligence,” with a maximum penalty of five years in prison. Depending on how the jury is instructed (and the makeup thereof), the killer could easily be found not guilty. The store clerk and toxicology report said Mr. Martinez was drunk, and the killer will be able to use the “feared for his life” cop bit because it appears in the video Mr. Martinez slightly moved. This will be construed as “reaching for a weapon.”