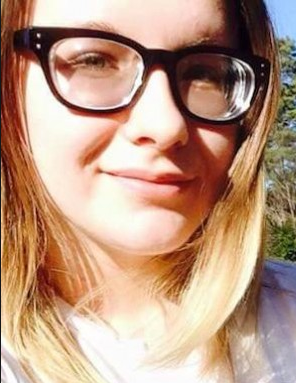 LONGVIEW, TX — Ms. Kristiana Coignard would have celebrated her 18th birthday on March 31 if the United States wasn’t infested with feral pigs that lust blood and paid vacations.

It was January 22 at around 6:30 p.m. when Ms. Coignard walked into the Longview, TX (pop. 80,000) police station. She was immediately ambushed by cop Glenn Derr. Ms. Coignard endured the cop throwing her around like a rag doll for the next two minutes. The cop then stood her up before slamming her back down to the ground.

Two more cops, Grace Bagley and Gene Duffey, showed up. The latter immediately fired his 50,000 volt electrocution toy (“Taser”) at Ms. Coignard. Longview Police said the electric shock had “no effect” on the tiny teenage girl. Ms. Coignard, obviously completely terrified at this point, looked like she just wanted to get away from the monsters who were attacking her. Derr fired three bullets at Ms. Coignard. Bagley, who just arrived at the scene seconds beforehand, fired two more bullets while the teenage girl was already shot and on the ground.

WARNING: THE SURVEILLANCE VIDEO IS DISTURBING

The two killers were immediately rewarded with paid vacations (aka “paid administrative leave”). Standard police state protocol ensued from there. First, Longview cops said Ms. Coignard “lunged at them” with an unknown weapon. They said she lunged at them with a butcher knife. The third cop involved has since returned to work. The kangaroo investigation into the other two is “still ongoing.”

State-run media and cop lovers came to the conclusion that its better to sacrifice Ms. Coignard than force a genuine, serious national narrative on cops – black or otherwise – killing Americans with impunity. The hope demon in that Pandora’s Box would have dented the mass Stockholm Syndrome that plagues white cop lovers. State-run media and their disciples viewed this young lady as collateral damage in the perpetual war machine, foreign and domestic. Thus they stopped talking about her as soon as they started.

Alex Jones and Infowars have morphed into an opportunist “where’s Al and Jesse” outfit, especially their Facebook page. They normally salivate at the opportunity to point out “black cop kills white person” stories. But the website’s story published about Kristiana didn’t mention the cops’ race at all. Infowars deactivated the ability to comment on the article. Fox News and Breitbart, two more white cop lover channels, also failed to mention the cops’ race.

Mississippi didn’t ratify the 13th Amendment (which allegedly ended slavery) until February 2013. It was also the first U.S. state to have a trustee (“trusty”) system in prisons. The Mississippi state prison (Parchman) was already segregated when it enacted the system in 1903. Prison personnel gave black inmates serving life sentences guns.

These inmates were given permission to shoot other black inmates who weren’t working hard enough in the state’s for-profit labor fields. Trustees were given extra scraps of food as rewards. They also had institutionally and statutorily-reinforced power to murder and manipulate all other inmates. It’s similar to the power black (and otherwise) cops have over every human being in the U.S. today.

The State of Mississippi flat-out admitted to the U.S. Fifth Circuit Court of Appeal that it blatantly violates any and all Constitutional rights of the prisoners. The Court, in the case of Gates v. Collier, 501 F.2d 1291 (5th Cir. 1974), outlawed segregated prison units and trustee systems. Other Confederate states with trustee systems – Alabama, Arkansas, Louisiana, and Texas – were also ordered to end the practice. Texas persisted for another eight years.

A federal judge from the state’s Eastern District changed the name of trustee programs to “Support Service Inmate Systems” to be in compliance with precedent.

Black police get the “n-word” treatment 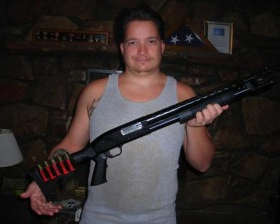 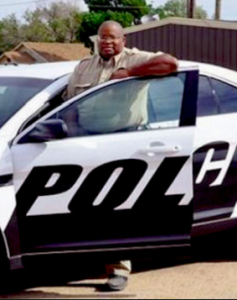 Ross was wearing a bullet-proof vest. It saved his life. But the case gets more surreal from there. None of the other three cops with him during the raid returned fire. Horton was cleared of all wrongdoing a few days later despite cops finding several guns and explosive devices in his house.

Sentinel Mayor Sam Dlugonski even came to the defense of his good ‘ol boy Horton. He telling a local television station “I’ve known him my entire life.” The fact a U.S. cop, a police chief no less, got shot four times and state-run media didn’t loop it ad nauseum tells you all you need to know about black trustee cops.

It’s frankly pathetic that black Americans stoop to the level of becoming cops. It’s the most egregious level of cooning for cash there is. NYPD black cops told Reuters this past December they feel threatened by white NYPD cops when off-duty and not in uniform.

Gerry Pickens, a 28-year-old rookie Orting, Washington cop, filed a notice of claim against the city on April 20. He was the only black cop on the force, and first ever in the town’s history.

Orting was endlessly called nigger by the white cops. He had racial epithets spray-painted on his car several times in his first year on the job. To add insult to injury, he was fired from the job after the probationary period ended. 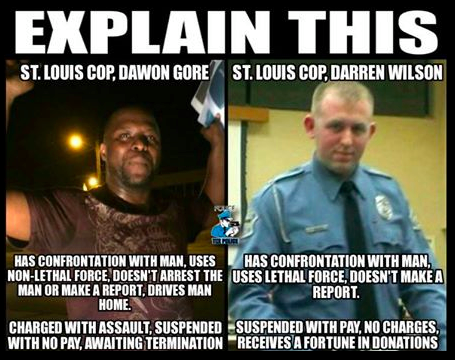 The local Longview newspaper reported a small protest seeking justice for Kristiana on February 7. But one protestor tried to justify the murder. They called Kristiana’s death “suicide by cop.” It’s a common fallacy forwarded by copsuckers.

OFFICER Jesse Kidder, of the New Richmond, Ohio Police Department, is an example of a real, brave officer. He inadvertently made the perfect training video for cops handling these alleged “suicide by cop” situations (though Kristiana was not one of these situations).

Longview cops say Kristiana had the words “I have a gun” written on her hand. But police knew she was unarmed long before shooting her dead. The “cry for help” excuse is insulting and does not justify three armed municipal employees executing an unarmed teenage girl. This young lady is another victim of the U.S. police state that many Americans continue loving and lauding unconditionally. 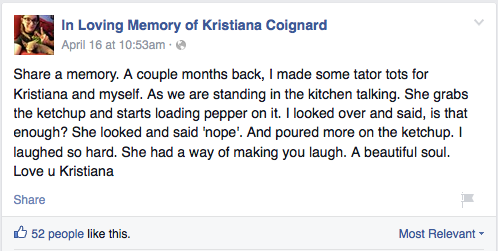 VISIT THE “IN LOVING MEMORY OF KRISTIANA COIGNARD” FACEBOOK PAGE