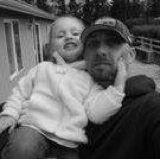 Nearly 70 percent of Americans take at least one prescription drug everyday; 50 percent take at least two per day. Most of these drugs are SSRI’s (anti-depressants) and opiod pain killers, according to the Mayo Clinic.

The United Police States of America has set a new precedent: you are now placed on state-level “most wanted” lists and hunted by SWAT teams for using drugs and stealing a car.

State-run media headlines all painted a picture of a “most wanted fugitive” that will kill you and your kids if he as much as lays eyes on you. 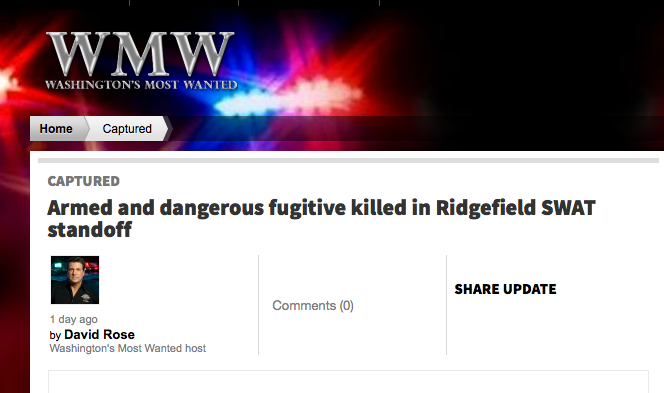 Despite the sensational build-up, and the use of a menacing-looking mugshot in all the stories, Mr. Kenny Mosby was apparently only being sought for allegedly stealing a car while on meth, and allegedly violating a restraining order. Police also allege Mr. Mosby “broke into a house.” The Washington’s Most Wanted Facebook administrators say they have information on “five new burglaries” and “child rape cases” Mr. Mosby allegedly committed, but say they have “compassion for the family” so didn’t publish this information.

There were 721,000 total car thefts in the USA in 2012. There are about 31.5 million seconds in a year, so the math works out to about one car theft every 44 seconds in the USA. Technically auto thefts have become less frequent since 1996, when the FBI estimated one auto theft every 23 seconds. But regardless, its hardly something that requires SWAT teams to curtail.

The military-style execution of Mr. Mosby took place at around 4:30 p.m. this past Friday at a home on the corner of NE 29th Avenue and 193rd Circle in Ridgefield, Washington; a town of about 4,800 people in the state’s southwest corner.

State-run media all reported, with a few negligible variations, that Mr. Mosby, 36, was “holed up” at his parent’s house. U.S. Marshals and state police had been searching for him for at least a week, at one point using a “plane with a heat-sensing camera” to aid in this manhunt, according to KGW Channel 8. They went to the Ridgefield home “thinking it was unoccupied” but saw an open door when they arrived…so they called the Washington Regional SWAT Team.

This execution team fired smoke grenades into the house and according to one state-run media outlet, even sent in a “SWAT robot.” Mr. Mosby, obviously disoriented, stumbled outside the home with a pistol. He was then riddled with god-knows how many bullets and died. Mr. Mosby’s parents returned to their bullet-riddled home the next day, with nearly all the windows broken and tear gas residue all over the place. It will also be a constant reminder to them of how their son was brutally executed.

Mr. Mosby was likely a drug addict, which isn’t difficult to become in a country with a quarter-trillion dollar per year pharmaceutical drug industry. It’s also a country that has about three million people incarcerated, half of which for drug “crimes.” Stock in Correction Corporation of America (NYSE:CXW), the nation’s largest private, for-profit prison company, continues to be a relatively safe, lucrative bet on Wall Street. Rehabilitation isn’t the aim of U.S. government as it pertains to drug addicts; for-profit incarceration and executions are.

Kenny Mosby was 6’8 inches tall, so really couldn’t hide from anybody anyway. A “fugitive” is someone who has escaped from prison, jail or some other imperial captivity. Mr. Mosby was simply wanted for questioning on “crimes” related to drug use, not malicious intent to harm people or property. He didn’t escape prison or jail, and from all we can gather, hasn’t been convicted of anything being alleged.

Therefore all the “fugitive” talk is yellow journalistic sensationalism created by a Nancy Grace-wannabe TV show. There has to be more to this story. U.S. Marshals, SWAT Teams and “heat-sensing camera planes” aren’t deployed for a guy who MIGHT HAVE stolen a car and possessed meth. We’ll be updating as we learn more.

We’ve read that Derral Mosby Sr. (the father) and his wife had four kids, but three of them are now dead, including Derral Jr., all because of drug issues. One of the deaths may have been as recently as last summer, judging from Mr. Mosby’s Facebook updates. 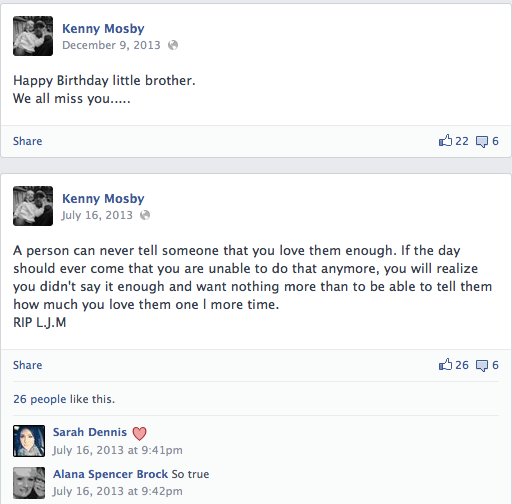 We’ve also been told Mr. Mosby leaves behind a young daughter. The cops got their kill-fill, but the real reason Mr. Mosby was killed will likely never be known.

Our thoughts are with the Mosby family.