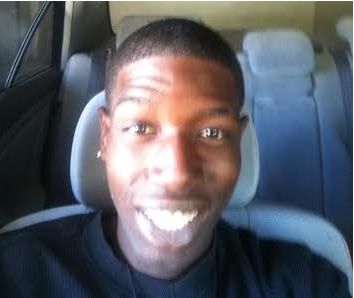 —PLEASE CONTRIBUTE TO THE CROWDFUNDING CAMPAIGN LAUNCHED BY MR. WHITE’S FAMILY TO GET AN INDEPENDENT AUTOPSY—

NEW IBERIA, LOUISIANA — The senseless murder of Mr. Victor White III by Iberia Parish, Louisiana police is basically a message, telling Americans they simply must accept what cops say no matter how ridiculous it sounds.

It was Sunday, March 2 around 11:30 p.m. when Iberia Parish cops responded to an alleged fight involving Mr. White near the 300 block of Lewis Street. There have been no reports of anybody else being at the scene when police arrived. Stephen Hammons, a spokescop for the organization, told several media outlets that Mr. White, 22, was immediately searched and “illegal narcotics” were found on his person. Police then handcuffed Mr. White’s hands behind his back and put him in the back of their vehicle.

The police transported Mr. White to the Iberia Parish Sheriff’s Office, and said he became “uncooperative” upon arrival. The story police are telling is that while they were calling for backup, Mr. White somehow “produced a gun” while handcuffed and shot himself in the back. In other words, they searched him and allegedly found drugs, but did not find this gun he allegedly produced.

Confederate cops, especially in Louisiana, definitely aren’t known for their intelligence. But they are certainly well-known for their traditional blood-thirst when it comes to murdering black Americans. We’ve chronicled New Orleans chief cop Ronal Serpas several times, while Mr. Baron Pikes was murdered after being Tasered nine times in 14 minutes by Winnfield, Louisiana cop Scott Nugent (of course Nugent was acquitted of murder). Confederate cops, especially when the victim is “a black,” know they will get away with murder no matter how ridiculous the story is they conjure, or how compelling the evidence is against them.

Obviously there’s no way Mr. White killed himself, but nobody has been arrested on murder charges as of today. Anthony Green, the public information cop for Iberia Parish, even admitted to KATC Channel 3 in Lafayette, Louisiana that it is “basic police training” to search a suspect for weapons before putting them in the car. The police admitted they searched Mr. White and “found drugs,” so the story is simply nonsense.

Mr. White was murdered by imperial savages who are now enjoying a paid vacation for their efforts. The names of the killers are also being protected by Louisiana authorities. The fact Louisiana State Police are “conducting an investigation” is an insult to all Americans’ intelligence, but somehow the murder will be ruled “justified” in due time.

Our thoughts are with Mr. White’s family.