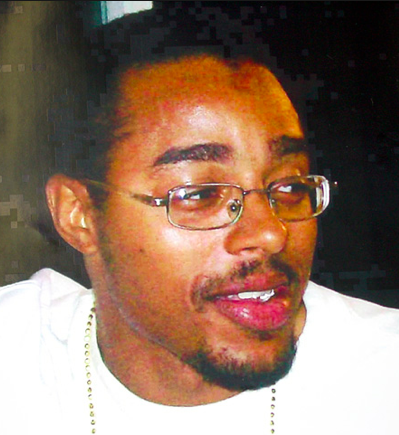 “Change your attitude, change your plan…there can never be justice on stolen land.” KRS-One of Boogie Down Productions.

OAKLAND — Wikipedia, the so-called “free encyclopedia,” created a page entitled “2009 Shooting Of Oakland Police Officers” shortly after Mr. Lovelle Mixon was martyred in his quest to wake up and empower Oakland residents and diaspora people at-large.

The Wiki page is an angry white male slander piece that epitomizes European blood-lust and infatuation with police. Morever, it also displays their trivialization of Nubian lives in general. Brian A. Wilkins, founder of Operation-Nation, jousted with Wikipedia editors for several days in the talk section after the incident. He presented facts, citing their own media as sources.

All of Brian’s edits, including the NPOV (neutral point of view tag), were reverted and/or removed. Our editing “privileges” were banned. The facts completely discredited the story Oakland Police told and Wikipedia presented. Despite their efforts to niggerize him, Mr. Mixon is one of the most important black men of the 21st century.

Who Is Lovelle Mixon?

Mr. Lovelle Mixon was a 26-year-old brother who was given the “felon” label by the U.S. justice system as a teenager. Consequently, the only jobs available to him were janitorial, telemarketing or some other demeaning, minimim wage labor. Even some of these jobs are off-limits to so-called felons. A parole or probation officer harassed Mr. Mixon daily. They tried provoking reactions from Mixon so they can threaten imprisonment or worse.

Oakland cops pulled over Mr. Mixon on March 21, 2009. Those lights of terrorism in his rear-view mirror meant being killed or sent back to a U.S. concentration camp. Mr. Mixon was fed up and had enough. He killed four Oakland cops that day – two with a 9mm pistol after he was pulled over and two more an hour later with an SKS-style rifle. Another cop was shot and survived. Several of said cops had histories of killing black teenagers.

State-run media and the Oakland Police Department subsequently teamed up for their smear campaign. They conjured the story that Mr. Mixon killed the cops because “he was a child rapist.” This tale came out after the four cops were dead. Reporters asked Police Chief Howard Jordan why these alleged child rapes only came to light after Mr. Mixon took down the cops. He responded “I have no comment on that.”

Despite the obvious fictional nature of these “child rapes,” state-run media and white America ran with it. They accused anybody supporting Mixon of supporting a child rapist and murderer. The irony.

The only “good nigger” to the Euro-imperial hegemony is a submissive, acquiescent one. They love black men who join their political parties and play along with the subterfuges. President Barack Obama will forever be a hero to liberal, LGBT Euro-Americans. Former Congressman Allen West, R-FL, Supreme Court Justice Clarence Thomas and U.S. Senator Tim Scott, R-S.C., cooned their ways up the GOP ladder.

Mr. Mixon comes from Oakland. It’s the city of Huey Newton, Bobby Seale, and the Black Panther Party of Self-Defense. Police have the green light to slaughter as many black Americans as they can in Oakland and beyond. They are rewarded with paid vacations (“paid administrative leave”) and accolades from copsuckers for killing black people. The Panthers provided meals and education to poor children in Oakland. They also made police think twice before murdering or assaulting yet another brother.

Spirit of the Ancestors

Mr. Mixon revived the spirit of the Panthers, along with those of Nat Turner and Charles Deslonde. Mr. Mixon decided to leave this planet versus being a caged animal. Corrections Corporation of America, GEO Group and other private, for-profit prison companies replaced the cotton fields after the Civil War. Badges and blue costumes replaced the white sheets. Remember, the 13th Amendment states:

Neither slavery nor involuntary servitude, except as a punishment for crime whereof the party shall have been duly convicted, shall exist within the United States, or any place subject to their jurisdiction.

Slavery never ended. It just got a makeover. One in three black men born in the USA end up in prison at some point in their lives, according to the Sentencing Project.  One in 17 white men end up in prison. European Americans say this is because blacks commit more crimes or something to that effect. But Michelle Alexander, author of “The New Jim Crow,” brilliantly articulates the public school to prison pipeline in said book.

The price of freedom is death, as Malcolm X said. Mr. Mixon is now free from the planet Hell (Earth). Black men taking matters into their own hands and getting results spooks white America. The Euro-imperial hegemony is still safe from full-fledged revolution. Obama policies and prison culture are emasculating Black men in America. Mis-education and state-run media manipulation aid in the process. The more Mixons we have, the sooner thing will change.

“The Ghosts of March 21” Premiere

Director Samuel Stoker started an Indiegogo crowdfunding campaign last August in hopes of raising $15,000 to film “The Ghosts of March 21.” He raised only a fraction of that. But the film is set to debut tomorrow at the La Pena Cultural Center in Berkeley. Stoker told The San Francisco Bay View that he almost jettisoned the idea completely due to state-run media’s posthumous slander of Mixon. The film was difficult because state-run media labeled Mr. Mixon a “child rapist,” and persona non grata. But Stoker ultimately understood these rapes were lies. He believed the film was too important not to complete.

“I think the war against police terrorism is resistance to white supremacy, suffering and, ultimately, liberalism,” he said. White America is sure to dismiss the film as radical, “race card” and other pejoratives that minimize the message. But it is definitely a film for all those who are fighting the police state in their own ways.

Thank you for your service Mr. Mixon. The battle continues down here.

3 comments for “Lovelle Mixon: Oakland Martyr Featured In Movie “The Ghosts of March 21””