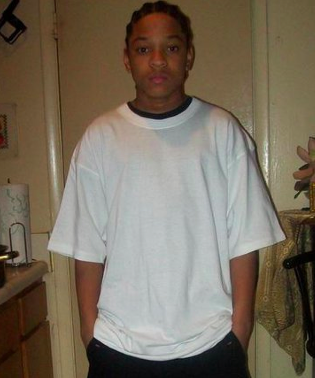 An individual who does not want to be identified emailed Operation-Nation and said they witnessed the entire ordeal. They said there was no physical fight at all and police completely conjured that story. According to the individual, Mr. Crayton was simply arguing with an employee of the restaurant, when another employee alerted a cop that was driving by. Mr. Crayton got in his car and was backing out of a parking space when he was gunned down. We’ll continue to update as we learn more.

ALEXANDER CITY, AL — A young man who was part of Dadeville High School’s Class of 2013 is now dead for no other reason than a cop wanting a paid vacation.

The execution took place this morning around 12:20 a.m. at the Huddle House restaurant on U.S. Highway 280. Alexander City cop Jay Turner told WSFA Channel 12 in Montgomery that Mr. Emerson Crayton and another man were fighting when a cop arrived at the restaurant. Mr. Crayton allegedly got into his car and tried to leave once the cop arrived. The cop’s name is being protected by the city.

The cop said Mr. Crayton “tried to run over him” and he “feared for his life.” Though the cop said he “did not have time to get out of the way” of the alleged moving car, he had time to pull a gun, aim and fire at the young man, killing him instantly. The cop was immediately rewarded for the kill with a paid vacation, aka “paid administrative leave.”

Local state-run media say they are “gathering more information,” but there’s nothing more to know. A young man’s life was taken because there is far too much incentive for police to murder people in the USA.

Standard U.S. police state protocols will now commence. The cops will say “the car was a deadly weapon.” State-run media will do its best to dig up a “prior criminal record,” and tie it to Mr. Crayton. This is their way to justify murder in the eyes of the cop-sucking community. A kangaroo investigation by some Alabama cop organization will commence today and the inevitable “justified” disposition will be released within a week or two.

We’re still gathering information on Mr. Crayton. There are pictures of him with a young child on Facebook, but we could not immediately confirm if the child was his. We’ll continue to update as we learn more.

Our thoughts are with the Crayton family.