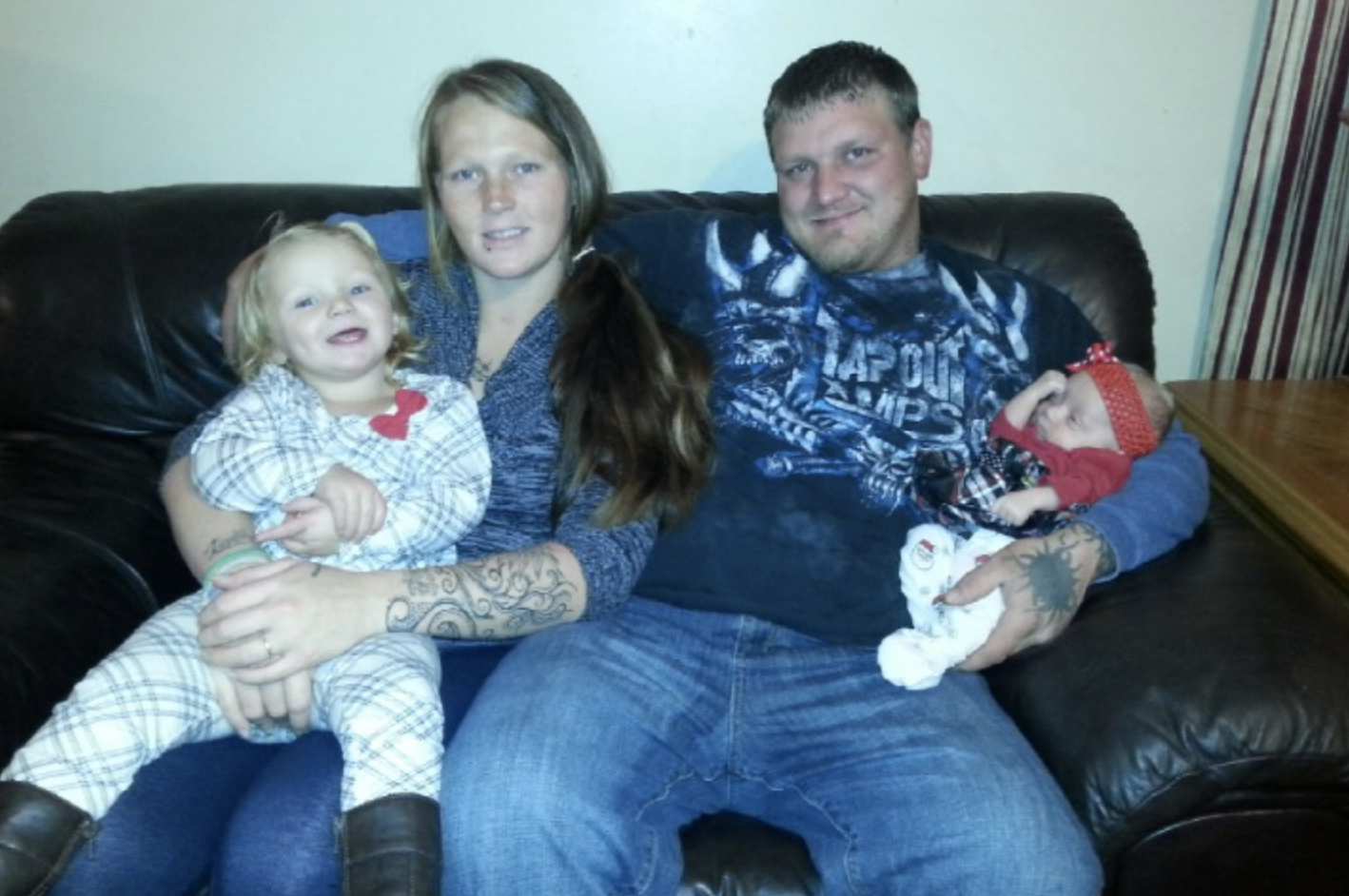 This has nothing to do with the murder of Mr. Mark Luttrell Jr…or so the City of Tullahoma says. The two of them apparently did something to soften the consequences for Jonathan Paul Blackwell, the Chief’s son, for a car accident in November. A press release by the city says the investigation by the Tennessee Bureau of Investigation  is ongoing and that both cops will remain on paid leave until it concludes. No details about the accident were in the press release.

Interestingly and ironically, Chief Blackwell just posted an article on the City of Tullahoma website last week entitled “Qualities of a Police Officer.” It reads, “I would expect descriptions such as courageous, honest, and ethical, and you would be correct with these expectations.” The article concludes, “tell an officer how much you appreciate what they do each and every day.” Jonathan Paul Blackwell, 26, was also arrested in 2014 for selling weed to an undercover Coffee County deputy.

Meanwhile we’re told that at both the wake and funeral of Mark Luttrell, Detective Johnny Gore of the Tullahoma Police sat in his parked car across the street to essentially spy on the family and force them to feel the presence of the people who killed their loved one. Gore also took pictures at the funeral home and cemetery when Luttrell was laid to rest. The family refused the customary police escort to the cemetery. Instead they had a convoy of six motorcycles follow the hearse.

The tape from Walmart when Luttrell was killed, of course, still has not been released. Tullahoma cops are obviously doctoring the tape to fit their BS narrative. But its highly unlikely it will ever be released to the public as its hard to make a black cop look white, and hard to make a man appear to “reach for a gun” before he’s murdered by police thugs. It will be months before Tullahoma cops and TBI actually say anything about the murder, as they expect everyone to forget about it over time. We’ll continue updating.

UPDATE January 2, 2019: We have written a follow-up story on this case: Mark Luttrell Jr: A Tullahoma (TN) Tale of Nazi Cops, Aryan Murder, and Endless Rumors.

However we’ll continue to post updates on the actual murder of Mr. Luttrell and the murderous cop here.

UPDATE December 31, 2018: When Nashville cop Andrew Delke shot and killed a fleeing, running Daniel Hambrick on July 26, the Nashville Police Department used the “he had a gun” line. 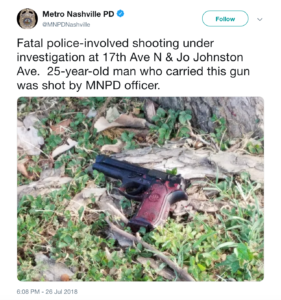 The Nashville Police got endless “atta-boys” from the copsucking community. But they were apparently unaware that surveillance video captured the whole thing.

Nashville District Attorney Glenn Funk knew there was no way of defending the cop, particularly and ironically since the U.S. Supreme Court ruled in the 1985 Tennessee vs. Garner decision that cops cannot shoot fleeing suspects unless there is a “good faith belief” the suspect poses a danger. The video completely exposed Nashville Police lies and Delke was charged with criminal homicide in September. He was booked and released on $25,000 bond.

Unfortunately the preliminary hearing for Delke to face the charges has been postponed THREE times now, with the next one scheduled for January 4. The delays are a bad sign, as cops and judges may be maneuvering to somehow get the charges dropped. Regardless, once the tape was released, the truth came out. Tullahoma Police need to release the tape in the Luttrell case now. We’ll continue updating as we learn more.

UPDATE December 31, 2018: We’ve been covering these types of stories for 12 years, so the sardine (fishy) smell is strong from the start. This “pulled a gun” crap these cops are trying to pass off simply isn’t believable. Walmart has surveillance cameras and we could know the truth today. But cops have to get their lies straight, stall for several months, and hope people just forget about these cases. Cops ALWAYS show video immediately to the public when people pull guns on them so they can look like heroes when they murder. This is standard U.S. police state protocol.

A Facebook user left an interesting comment on the Tennessee Bureau of Investigations page. Just another piece to the puzzle. We’ll continue updating as we learn more.

TULLAHOMA, TENN. — Americans of the white variety, particularly in Confederate states like Tennessee, are some of the most confused and strange people in the world. The Second Amendment and the right to protect yourself from government enforcers and anyone else is sacrosanct (as it should be) with said crowd; that is until it involves their gods in cop costumes.

Mr. Mark Luttrell, Jr. was shopping at the local Walmart on North Jackson Street around 11 p.m. last night. Tullahoma cops allegedly received a call from a Walmart employee saying Luttrell, 34, was in the store. Somehow said Walmart employee knew Luttrell was wanted for some alleged crime. Tullahoma cops approached Luttrell and he “pulled a gun,” according to the Tennessee Bureau of Investigations (TBI). This prompted the cops to shoot Luttrell, killing him instantly. Of course the cops, whose names are being protected, were immediately rewarded for the kill with paid vacations, aka “paid administrative leave.”

But let’s say, for the sake of argument, Luttrell did pull a gun. He didn’t fire a shot. Again, copsuckers will probably forward their “suicide by cop” card that they also frequently use to defend their beloved gods. Why pull a gun if you’re not going to shoot it…that is if he really had/pulled a gun at all? Nobody in their right mind wants to be kidnapped, tortured, and/or killed by government enforcers with a well-documented, consistent history of primitive, feral behavior. Thus Luttrell’s action would have been justified IF he really did pull a gun and if he shot the police state enforcers.

Walmart released a statement as follows:

We are grateful none of our customers or associates were injured or involved in this isolated incident. During this ongoing investigation, we will continue to work with the Tullahoma Police Department and the Tennessee Bureau of Investigation and refer any additional questions to them.

Mr. Luttrell was known as “Cornbread” to those who knew him. He was a family man who now has two daughters who will grow up without their father. State-run media always try and make every victim of police state murders out to be harden criminal rapist-murderers to satisfy their audiences, so any and everything they print needs to be taken with a grain of salt. It wouldn’t be surprising at all if the alleged warrant out on Mr. Luttrell was for something like unpaid fines, weed, or some other non-violent, victimless drug “crime.” But again, there may be no warrant at all; just some Walmart employee and a local cop working together to kill a man.

The inevitable “justified” disposition should come quickly in this case, so the killers will only get 2-3 weeks of paid vacation despite expecting much more.

We’ll continue to update as we learn more.