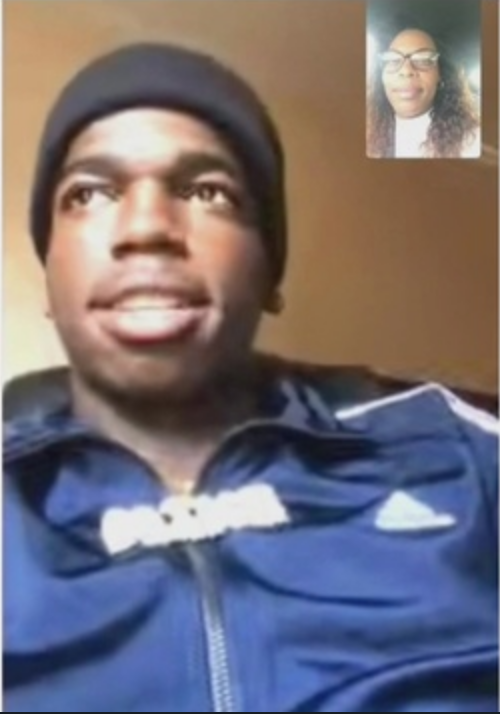 LAKELAND, FL. — Allegedly stealing a car is now punishable by the death penalty in the United States.

It was about 2:20 a.m. this past Wednesday when over 100 people gathered at the Salem’s Gyros & More restaurant on North Florida Avenue and Memorial Boulevard in Lakeland. An employee allegedly called cops and asked them to clear the parking lot. When cops arrived they said they noticed a Chevy Camaro that “fit the description” of one reported stolen to the Polk County Sheriff’s Office. Mr. Michael Jerome Taylor was driving the car.

Watch the surveillance video below.

The young lady who jumped out of the car is extremely fortunate not to have been killed by the feral pigs too. State-run media immediately began attacking the character of Mr. Taylor, while the cops said he had a gun underneath the seat. Possession of firearms is perfectly legal in the USA and encouraged, particularly by us, in this police state environment. But the copsucking community absolutely loves when black people are killed by cops. They have been regurgitating their primal mating calls, such as “didda du nuffin” or something to that effect, since the murder.

Unfortunately the current U.S. Supreme Court encourages cops to shoot into moving vehicles. The Court also seems to think that it’s safe to cause a moving vehicle to be driverless. But there are in fact tangible differences between precedent and what these Lakeland cops did.

It was July 5, 2004 when Donald Rickard was pulled over for having a non-working headlight. He obviously feared for his life in the face of feral pigs who are rewarded with paid vacations for murder; so he took off. Three West Memphis, Tenn. cops – John Gardner, Tony Galtelli, and Vance Plumhoff – recklessly opened fire on the moving car that Mr. Rickard was driving, killing him. Ms. Kelly Allen was a passenger in the car, and was also killed.

RELATED: Eleventh Amendment is Unconstitutional; Must Be Repealed

As you can see from the video of the incident below, there were not a bunch of people around who could have been killed by the reckless actions of the cops, like there were in Lakeland.

The Lakeland cops posed a significant danger to the 100-plus people in cars and walking around the parking lot of the restaurant when they murdered Mr. Taylor. The three West Memphis cops were charged with reckless homicide while remaining on “desk duty.” But Memphis judge Fred Axley unilaterally dismissed the charges and ordered them to “pretrial diversion.” Axley, if you recall, is the same judge with several sexual harassment claims against him.

The case of Mullenix v. Luna also reached the Supreme Court, and is even more disturbing. It was March 23, 2010 when Tulia, Texas cops got in a high-speed chase with Mr. Israel Leija, Jr. Tulia cops had set up spike strips to disable the car in several locations where Leija was likely headed. But instead, a blood-thirsty feral pig from the Texas “Department of Public Safety” – Chadrin Mullenix – stood on a freeway overpass and fired six shot at Leija’s moving car, killing him instantly.

Mr. Leija’s family filed a federal civil rights lawsuit thereafter. The District Court denied Mullenix’s motion for summary judgment (to dismiss the case). Mullenix claimed qualified immunity. The Fifth Circuit Court of Appeals affirmed the decision, ruling the “immediacy of the risk posed by Leija is a disputed fact that a reasonable jury could find either in the plaintiffs’ favor or in the officer’s favor.”

Of course the same Supreme Court that reversed the Sixth Circuit’s decision in the Rickard case, also reversed the Fifth Circuit’s decision in this case in 2015, again, on “qualified immunity” grounds. Justice Sonya Sotomayor is the only judge who dissented the per curium decision, saying the Court is sanctioning a “shoot first, ask questions later policy.” She also cited the fact that Mullenix’s boss specifically ordered him not to shoot. The only positive (aka crumbs for humanity) that came from this case is that the Court specifically noted that each case is different and will be adjudged as such.

What’s next in Lakeland?

Lakeland Police Chief Larry Giddens of course fawned over the kill his cops tacked onto their resumes and said they “followed department policy.”

The nonprofit Police Executive Research Forum, in its Guiding Principles on the Use of Force, says cops should not shoot at moving vehicles unless they are in danger from means OTHER than the moving vehicle. Thus, the “car as a deadly weapon” spew often repeated by cops and their copsucking fans is fallacious at best. A dead person behind the wheel of a vehicle moving at high-speeds is obviously very dangerous to the public. Many cities – including Boston, Chicago, District of Columbia, and Philadelphia – have adopted this policy.

The incident in Lakeland was not even a high-speed chase like the two aforementioned cases, thus was nothing more than blood-thirsty cops wanting paid vacations and atta-boys from the white American public. Mr. Taylor’s mother, Kris Irving, now has a hole in her heart that no amount of money is going to heal. But because the USA is an unapologetic police state, and the Supreme Court is even more pro-white supremacist and pro-cop than it was even four years ago, its unlikely she’ll get any relief at all.

As always we encourage all Americans to arm themselves and be proactive when faced with feral pigs who want nothing more than to kill, rape, and/or kidnap you, and get paid vacations. Our thoughts are with the Taylor family.