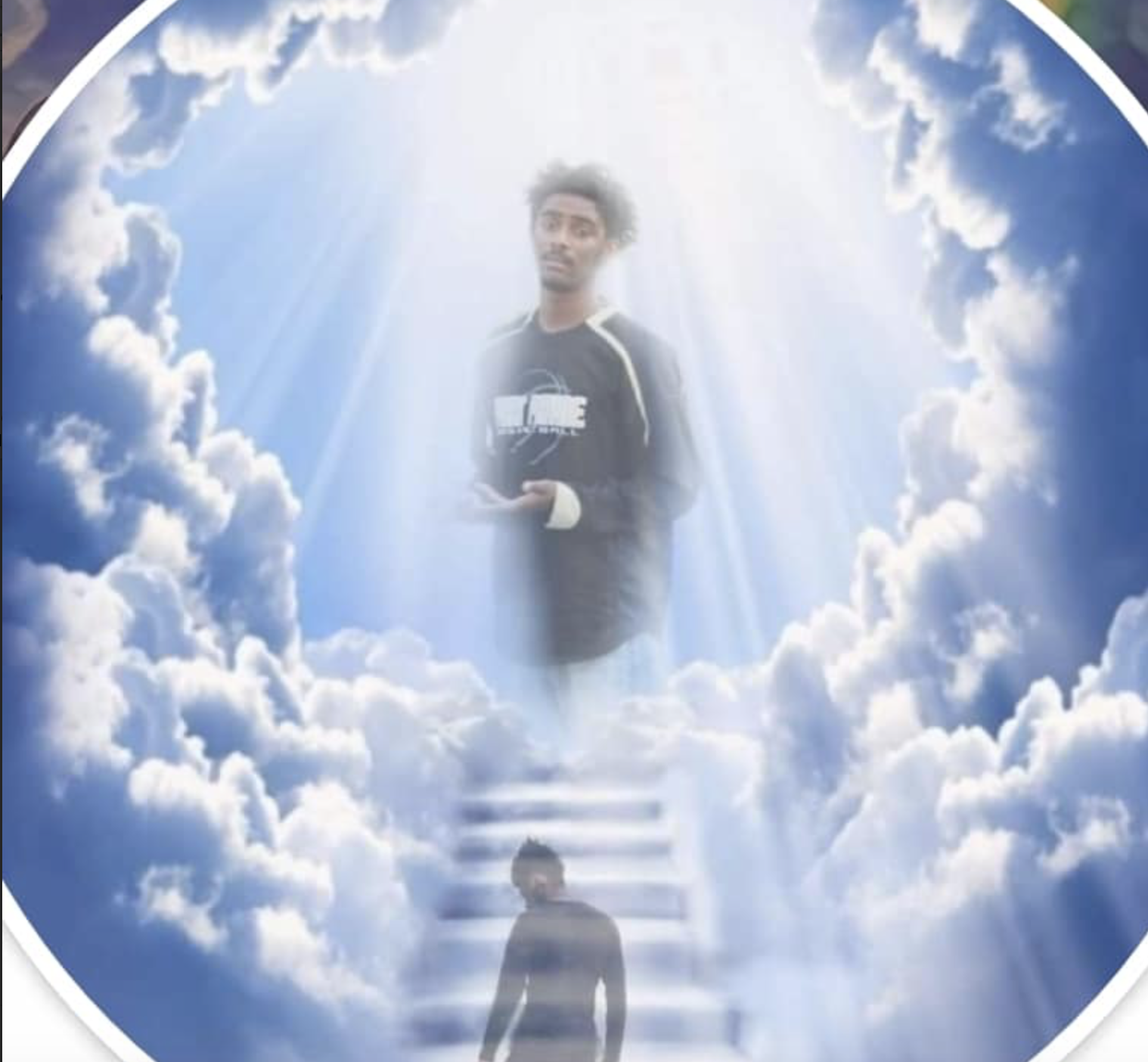 ATTALLA, AL — There are two very clear, unequivocal facts about the USA “justice system”: 1) black people are not allowed to defend themselves against feral white creatures no matter the circumstances; and 2) it’s legal in 95% of situations for white people to murder black people for any random reason they choose.

Of course white people regurgitate the one or two, very rare exceptions to these customs and traditions to say “blacks” are just “playing the race card.” The new inbred white mating call is “didda du nuffin.”

This instant case is yet another broken-record reminder to black people, particularly in the KKKonfederacy, that we’re hunted prey at perpetual war with the radical white extremist empire known as the USA.

It was Thursday afternoon, January 3 when Mr. Steven Mcelrath and his brother-in-law, Mr. Brandon Chandler, both of Fort Payne, AL, drove to Hammett Towing on Wesson Lake Road in Attalla, AL. They went there to return a faulty transmission the shop sold them. Mr. Chandler first called the shop to tell them the situation. The shop owner, Donald Hammett Jr., began arguing with Mr. Chandler on the phone. Hammett, 41, said there was nothing wrong with the transmission and they would not provide a refund. Hammett then threatened Mr. Chandler, saying “you don’t know who you’re fucking with,” before hanging up the phone.

The elder Hammett continued firing, hitting Mr. Mcelrath again in the back as he tried to run, critically wounding him. Mr. Chandler, who had already been punched at least twice by junior, and shot at least three times by the old one, made a last-ditch effort to save himself and his brother-in-law. He managed to retrieve a gun from his truck and returned fire. He hit junior in the back of the head, disabling him, while forcing senior to take cover.

Someone called 911 and reported shots fired shortly after 1 p.m.

Konfederate Kop Kulture ensued from there. An Etowah County Sheriff’s deputy arrived and saw two black men and a white man shot and lying on the ground. The cop, according to a family member, immediately ordered paramedics to tend to the white Hammett, while he was handcuffing the critically-injured, bleeding Mr. Mcelrath, and Mr. Chandler, who was shot three times.

Etowah County Sheriff’s deputies essentially allowed Mr. Mcelrath to bleed to death as they did not provide any sort of medical treatment. The cops also did not take a statement from Mr. Chandler. But they finally showed some semblance of humanity and took him to a nearby hospital. He was then taken via life-flight to Erlanger Medical Center in Chattanooga, TN for emergency surgery. The Hammett that was shot was taken to the University of Alabama-Birmingham Hospital in stable condition.

Mr. Chandler, after waking up from the emergency surgeries, posted this video on Facebook providing his statement, since Etowah County cops refused to take one themselves.

Mr. Mcelrath was murdered and Mr. Chandler made the foregoing statement. The latter was then handcuffed, arrested, and charged with two counts of attempted murder as soon as he was released from the hospital. The Hammett boys have not been charged with any crimes because the white word was taken as gospel.

State-run media in Alabama said they spoke to [white] witnesses “off camera,” who said Mr. Chandler shot first. The Hammett’s, through their family and friends on Facebook and other social media, initially said there was surveillance video that will “show the truth.” That video has now been “lost,” according to subsequent social media posts.

The fact these Etowah County cops unconditionally took the good ole whiteboys’ side and completely discounted anything Mr. Chandler had to say, is not surprising. But the violent criminal history of this Hammett family is highly disturbing and presents the potential of a conspiracy between Etowah County cops and the Hammett’s.

Donald Lemax Hammett, Jr., the instigator in all this, was convicted of trafficking methamphetamine in July of 2003 and sentenced to 50 months in federal prison (CLICK ON THE FOLLOWING IMAGES TO ENLARGE). 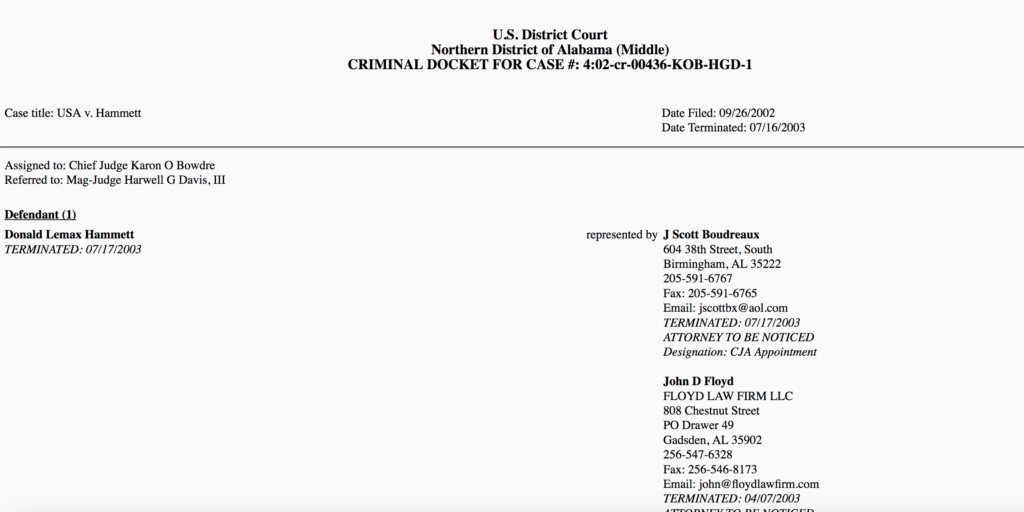 He was released from prison on December 1, 2006 and released from parole on February 2, 2009. Hammett Jr. was then charged with second-degree assault on October 30, 2011 and booked into the Etowah County Jail.

Alabama, like Tennessee, has an antiquated system for court records thus we could not find the case disposition online. But typically convicted meth traffickers subsequently charged with violent crimes should not be working at a tow truck company and be in possession of firearms a few years later. We haven’t even mentioned Michael Hammett, Donald Jr.’s brother.

Michael Allen Hammett was charged with attempted murder on July 3, 2014 after he and two other white extremists forced a car off the road. Michael Hammett threw a brick at a woman sitting in the car through an open window, hitting her in the face. The other two thugs were charged with murder aiding-abetting.

Watch a report from WEAC 24 in Oxford, Alabama.

Michael Hammett was sentenced to 20 years in state prison on March 16, 2016. He also apparently got some thug tattoo on his neck in the county lockup before moving to state prison. 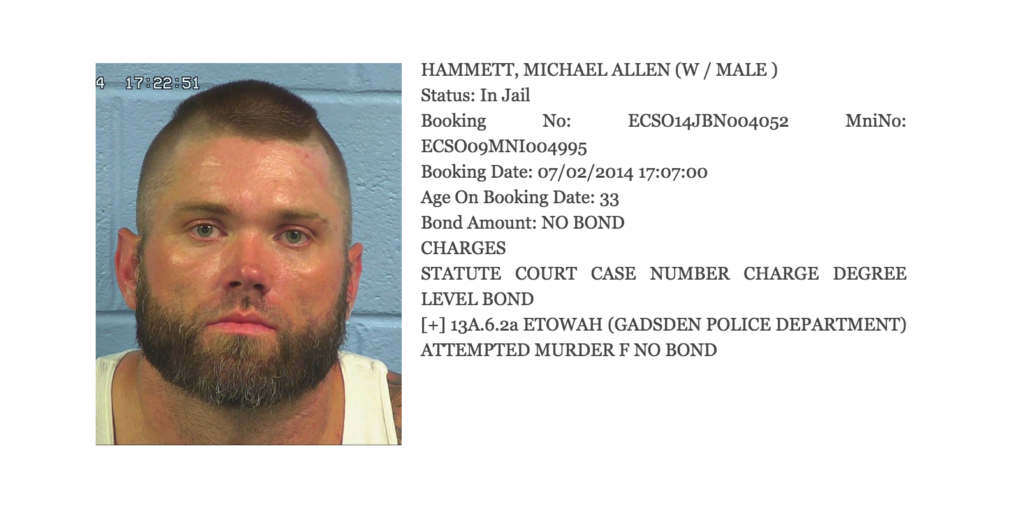 There is also Donald Hammett, Sr., the father who appears to be well-connected to the Confederate police forces and other terrorist networks down there. We’ve received unconfirmed reports that Hammett Sr. has killed at least two other black men, with one said murder happening last fall. He apparently was never charged in connection to any of these crimes as the white good ole boy network protected him. Article 1, Section 3 of the Confederate Constitution that white inbreds are so proud of, also deems a black person three-fifths of a human being.

Those who live in that area already know this thug stole $1.5 million in federal funds that were meant to feed inmates, specifically detained illegal immigrants, at the Etowah County Jail. But Confederate law apparently allows these KKKops to pocket federal money and keep it for their own personal use. Entrekin allegedly purchased a $740,000 beach house with some of the funds.

It should be shocking, but it’s Alabama: a state ethics commission ruled there was “insufficient evidence” to charge Entrekin despite his actions likely violating federal law. Of course Alabama good ole boy Jeff Sessions was U.S. Attorney General while most of this was happening, so Entrekin was never in any danger of facing federal charges. Entrekin did, however, lose his primary for re-election last year as people in that area weren’t happy with his criminal actions. 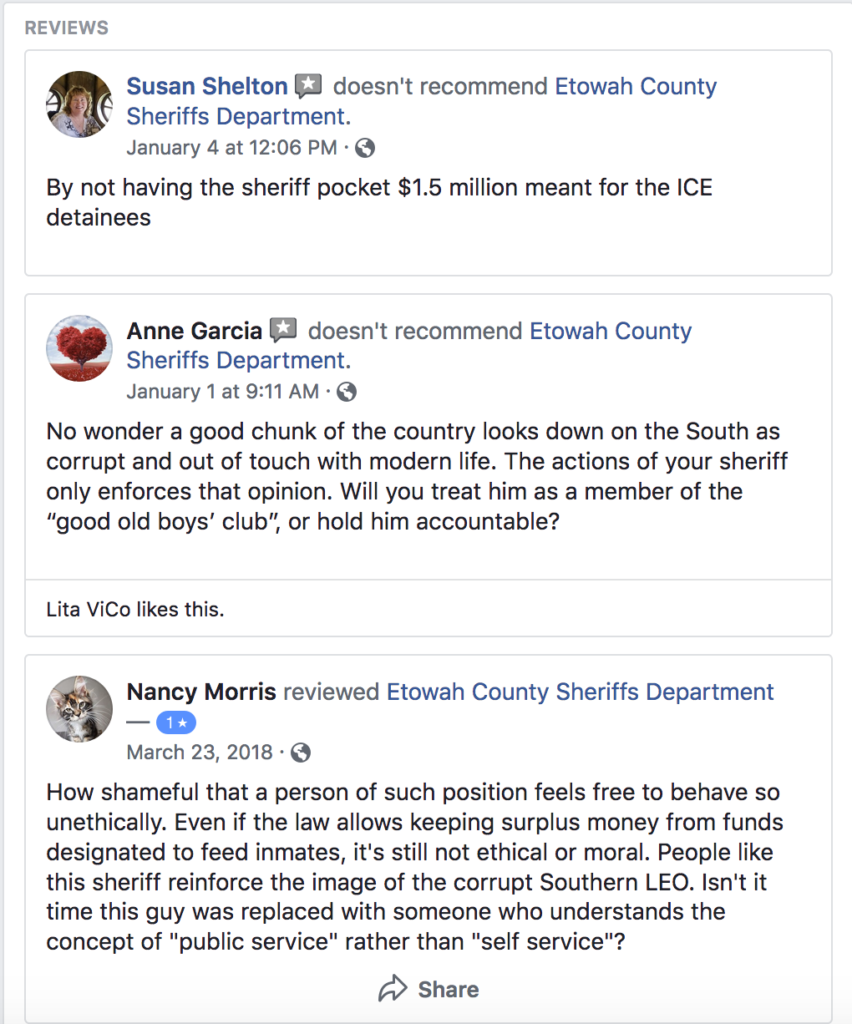 Mr. Mcelrath was the father of two boys, ages 2 and 3, who will now grow up without their dad. He also had a baby girl due to be born in May, according to a relative. The baby girl will never know her father. Mr. Mcelrath had big dreams of breaking into the music business, but always put his children first, according to family members.

Meanwhile Mr. Chandler has been extradited to the Etowah County Jail and is being held on a $300,000 bond. The white instigators, again, have not been charged with any crimes. Alabama has a so-called “stand your ground” law. But most rational, intelligent black people know these laws are made to give white people murder with impunity privileges over black people across the country. 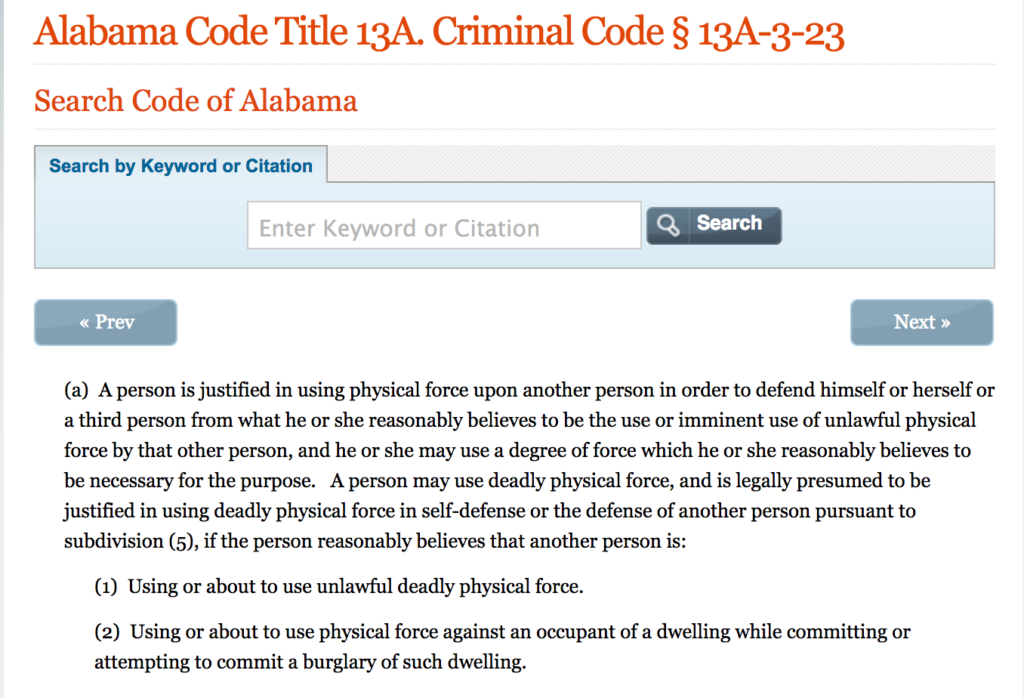 We tried calling the Etowah County Sheriff’s Office to ask them why they took the word of a violent felon and did not even take a statement from Mr. Chandler. We were left on hold for 10 minutes before hanging up. We expect Confederate justice to prevail here, and more white terrorists will become legends among their brethren for killing a black man and getting away with it.

Bottom line is that Mr. Chandler showed true Nubian warrior mentality and took appropriate action against violent white creatures. Mr. Chandler is now a political prisoner and a hero. We only wish his aim was a little better so at least one less white, blood-thirsty, feral creature would be roaming around the USA (note: the brother was already shot three times, so he did the best he could). Mr. Chandler’s future would be the same regardless, whether the white instigators died or both survive – with the latter being the most likely scenario.

Mr. Mcelrath is a martyr. His Soul is now free from this Biblical Hell called Earth because he jumped to the aid of his brother, his friend, and his comrade in the face of feral white extremists. Black men typically run like cowards from attacking white extremists (especially cops), but kill other black men over bologna sandwiches. That is why Mr. Chandler is a political prisoner and black hero, while Mr. Mcelrath is a martyr.

These two young brothers displayed true black unity and warrior mentality that is lacking so much in young black men today; so many of which are fighting for white liberal or white conservative agendas. Both of these young warriors are an inspiration to us all.

We will continue to update this story as we learn more. Our thoughts are with the Mcelrath family.