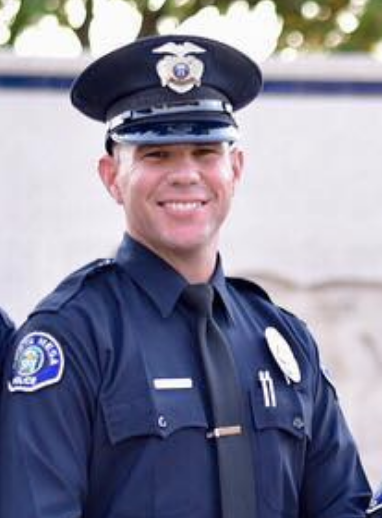 COSTA MESA, CALIF. — The emails to Operation-Nation about this thug keep getting more disturbing.

Here is what we will report: Chris Greeley was first released to terrorize people on the streets of Costa Mesa – a city of about 109,000 in Orange County, about 40 miles southeast of downtown Los Angeles – on July 1, 2018. He graduated from one of those U.S. cop schools in June. These programs (“academies”) take 12-16 weeks and give random, low IQ, violent humanoids the right to act as judge, jury, and executioner in American cities.

We’ve been receiving reports from people who went to high school with Greeley about some very disturbing allegations. Some of them are being corroborated, as two individuals have written and said they were violently attacked by Greeley late last year while he was wearing his cop costume. Its also been reported that Greeley forces people who are not under arrest to give him fingerprints – a clear violation of the Fourth Amendment. Even the Donnie Trump Justice Department utilizes this precedent set by the U.S. Supreme Court.

Greeley is the first in our new series – #FeralPigAlert. It allows individuals to search the names of these thugs on the internet and make their own comments about them. But from what we’ve read so far, it would be wise to exercise extreme caution and be proactive if you unfortunately come in contact with this creature. It usually wears sunglasses to hide identity. But just look at the name tag that they are required to wear.

NOTE: this information was captured from public databases. It is being placed here to protect individuals who may live near the feral pig (just like pedophile databases). We have obtained more detailed information that is not public. However, said info can and will be made available for legitimate purposes, particularly lawsuits or other action to hold the thug accountable. 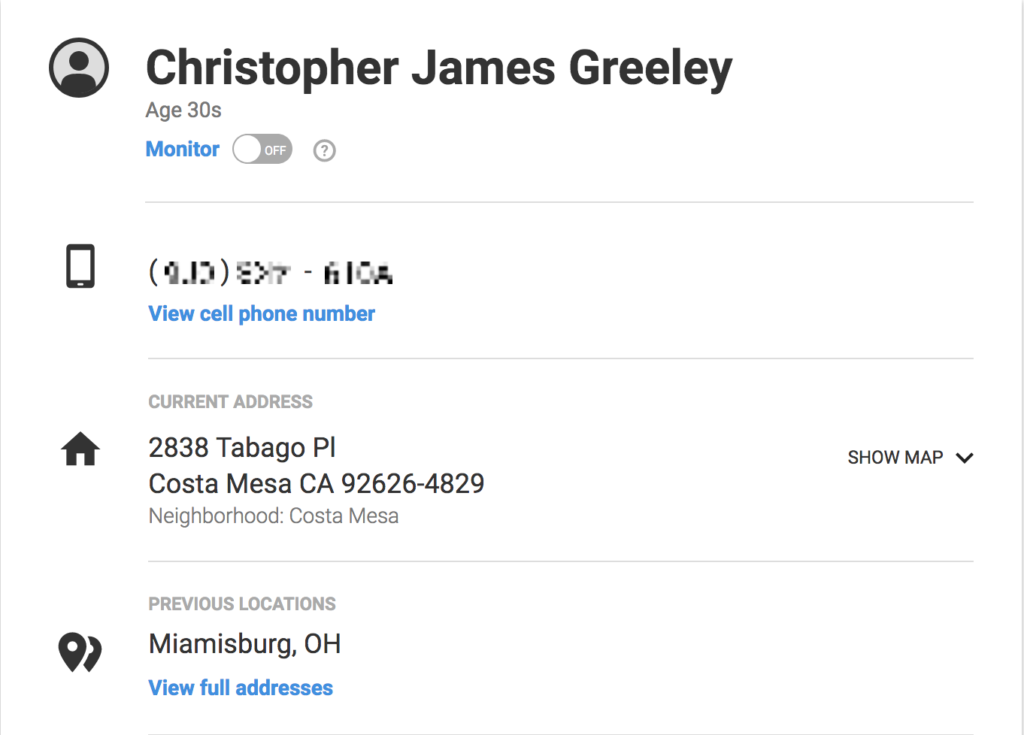 Another possible address is 163 Albert Place in Costa Mesa, according to public records. Greeley’s total salary in 2017 was $113,594, according to Open Salaries. That is 23% higher than the average Costa Mesa city employee salary and 31% higher than government salaries across the country. He is 34 years old as of February 2020.