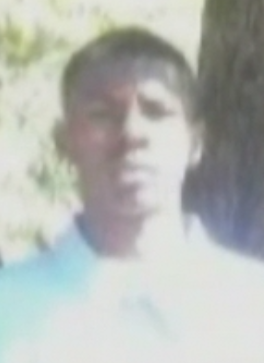 SELMA, AL — An 18-year-old Selma High School senior was gunned down by police Thursday night and authorities are being elusive with details.

The execution took place around 7:30pm near Ruth Street and 10th Avenue in Selma. Police say they got a call about a “disturbance” in the area. When they arrive, police say one of their cops became “engaged” with an individual and “shots were fired.” The family has identified the victim as Je’Terius “J-Bone” Moore (also spelled Jeterious Moore in some media outlets).

Watch a report from WSFA NBC-12 in Montgomery.

“Our assistance was requested by Selma Police, as is standard in these types of cases,” said Sergeant Steve Jarrett, who is the spokesperson for the Alabama Department of Public Safety. “When our investigation is complete, the finding will be turned over to the Dallas County Attorney’s Office for review,” he said. The OP-NAT EYE also left a message for Selma Police Chief William T. Riley III, but the call was not returned before press time.

It can be safety assumed that Mr. Moore was unarmed…or at least did not have a firearm. Police in all jurisdictions immediately will tell the public of guns possessed by individuals they shoot and kill, which justifies these summary executions in most Americans’ eyes. The fact Selma police are not releasing any details at all and will not answers any questions when a young man was killed by their department makes this appear to be yet another senseless murder.

Our thoughts are with the Moore family. Here is Mr. Moore’s obituary.

WAKA CBS Channel 8 in Montgomery is now reporting: “Police say officers were responding to a call about a disturbance involving an individual with a gun.” It is unclear who Channel 8 got their information from, as the Alabama Bureau of Investigations told the OP-NAT EYE they could not give anymore details beyond what has already been released and they are exclusively handling the investigation. We will continue to update as local media continue releasing information as Selma Police deem necessary.