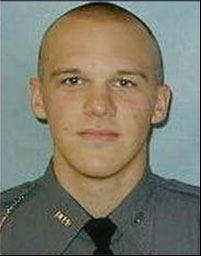 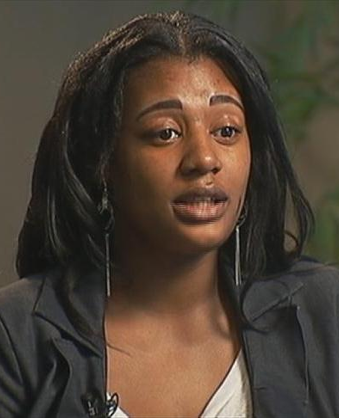 ATLANTA — An Atlanta-area cop is currently being investigated on possible criminal charges for kicking a nine-months pregnant woman in the stomach.

Ms. Raven Dozier was at a home when police were called because of a custody dispute between her brother and his child’s mother. DeKalb County cop Jerad Wheeler responded and got in a verbal argument with Ms. Dozier’s brother. The cop shot the young man with a Taser, which made Ms. Dozier start crying and asking the cop why he electrocuted her brother. But instead of simply answering the question, Wheeler kicked Ms. Dozier in the stomach, causing her stomach to bruise. The cop then charged Ms. Dozier with obstruction of justice. But when he took her to the jail, the employees there immediately noticed she was pregnant and let her go. A prosecutor ultimately dropped the charge.

Wheeler wrote in his lie sheet (“police report”) that he did not know Ms. Dozier was pregnant and described the assault as a “front push-kick to the abdomen like I was taught at the academy.” The kick caused Ms. Dozier to get an emergency cesarean section two-weeks later, as the kick caused her son, Levi, to defecate in her womb. Luckily, Levi is four-month old today, and healthy. Though Dozier filed a complaint with DeKalb County, the incident was never investigated and police said what Wheeler did was “within department policy.” It is unclear whether Wheeler was rewarded with a paid vacation, aka “paid administrative leave” as a result of reports that he is now being investigated for possible criminal charges.

Watch a report from WSB-TV ABC Channel 2 in Atlanta.

This incident is not the first time Wheeler assaulted a woman. A 53-year-old woman complained that Wheeler painfully contorted her arm and slammed her into a police car for no apparent reason last September. She had come to the scene of a car accident her daughter got in to help her grandchildren. And just a few weeks after Wheeler kicked Ms. Dozier, he showed up to the wrong address for a call, and shot and killed the family dog at the house he did show up to. Wheeler’s actions in both cases were, of course, ruled “justified” and/or within department policy.

Ms. Dozier has retained an attorney for possible civil action. We will follow and update the progress of any potential criminal charges of Wheeler.