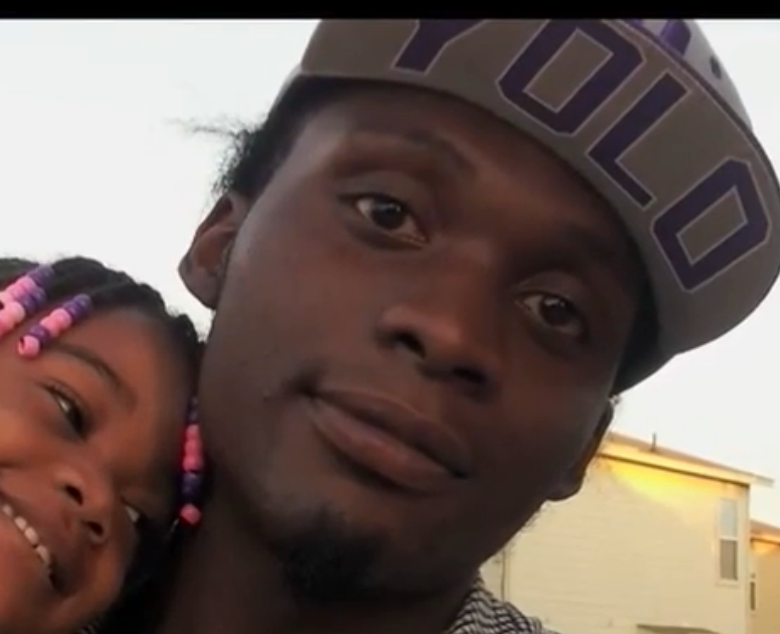 SAN ANTONIO — A 23-year-old father is dead after an off-duty cop gunned him down in front of his sister.

The summary execution took place early Friday at the Chacho’s restaurant on Loop 410 and Perrin Beitel at about 1:30 a.m. San Antonio police chief William McManus told WOAI Channel 4 in San Antonio that one of his cops, Robert Encinas, was working security when a fender-bender happened in the drive-thru.

McManus said Encinas saw Mr. Marquise Jones, a passenger in the car, “fidgeting” and “reaching for something.” The cop says Mr. Jones got out of the car and “pulled a gun” on him, so he fired several shots at the young man, killing him instantly. But the cops, according to MySanAntonio.com, say Mr. Jones started running after being hit by multiple bullets before he ultimately collapsed. The cop was rewarded for the kill with a paid vacation, which San Antonio police call “administrative duty.”

If the tale San Antonio police are saying sounds unbelievable, its because it didn’t happen that way. Ms. Whitney Jones, Mauquise’s sister, said all she could do is sit in the back of the car, close her eyes and scream when the cop opened fire. She told several news outlets that her brother opened the car door with both hands and closed it with both hands, thus had no gun in either hand. A second or two after the door was closed, her brother was riddled with bullets.

Mr. Blake Lamkin, Marquise’s father, said his son didn’t have a gun with him that morning. And even if he did have one in the car, Americans have the right (despite artificial laws inhibiting this natural right) to bear arms and protect themselves from government and other threats.

Standard U.S. police state protocols are now being followed. The family is not being allowed to see Mr. Jones’ body so the state has time to manipulate it and produce a manufactured coroner’s report. Several state-run media outlets are talking about a “prior criminal history,” which in their eyes (and their followers) justifies the killer cop taking this young man’s life. The kangaroo investigation, regardless of which cop organization is doing it, should conclude in a week or so with the inevitable “justified” disposition.

Mr. Jones eight-year-old daughter will now grow up without a father. Our thoughts are with the Jones family.