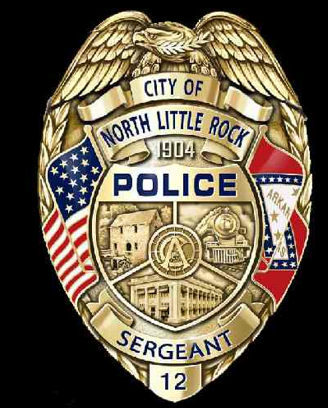 The cop’s name is Chris Gann.

It appears from the killer’s Facebook page he has a wife and kids he went home to the night he murdered Mr. Storay. The latter will never see his family again.

NORTH LITTLE ROCK — A 52-year-old military veteran is dead after several cops apparently couldn’t handle a man who needed a cane to walk around.

The execution took place near the 400 block of Maple Street around noon on Wednesday. North Little Rock cop Brian Dedrick told THV-11 that his organization responded to a call of a man “causing a disturbance” on a Central Arkansas Transit bus. The cops say as soon as they arrived, Mr. Robert Storay allegedly “attacked” one of them with a walking cane.

This prompted the cop to open fire and kill Mr. Storay. The cop was immediately rewarded with a paid vacation, aka “paid administrative leave.”

State-run media in Arkansas, along with the cop-sucking community are doing their best to paint Mr. Storay as some sort of violent criminal who deserved to be gunned down. One lie being circulated is that Mr. Storay broke the cop’s arm with the cane. State-run media outlet Arkansas Matters said it “did some digging” and found “a long criminal history” for the ex-military veteran. It also cherry-picked a few quotes from a lawsuit Mr. Storay filed against Little Rock Police in 2010, again, in an attempt to make Mr. Storay look like some animal.

Ms. Carol Medina, the niece of Mr. Storay, said via Facebook that the lawsuit was filed because her uncle was choked, beaten and stomped several times by Little Rock Police, then forced to take a mugshot afterwards. She also made reference to how her uncle once saved a man’s life only to have his taken by people she believed were supposed to “protect and serve.”

The kangaroo investigation by X-Arkansas cop organization into this execution will release its inevitable “justified” disposition within a week to two. Our thoughts are with the Storay family.