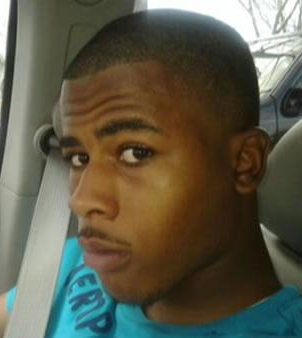 OAKLAND — A Skyline High School senior is dead after Oakland police profiled and opened fire on him.

The summary execution of 18-year-old Alan Dwayne Blueford happened near 90th Avenue and Birch Street in Oakland early Sunday morning. Mr. Blueford and two friends were standing outside waiting for some young lady friends to come pick them up. Oakland cops “believed one of them were carrying a hidden gun,” according to police statements. It is unclear how this was determined based on their looks. It is also unclear why carrying guns would matter in a country which prides itself on gun ownership rights.

Police say the young men ran (obviously fearing for their lives in the face of paid, constitutionally-protected killers) when they approached them. One of the cops ran after Mr. Blueford for two blocks before recklessly firing a gun at the young man, killing him instantly. The cop struck Mr. Blueford three times and shot himself in the foot once. All the cops’ names are being protected by the city of Oakland. Of course the killer was rewarded with a paid vacation, aka “paid administrative leave.” The long-standing U.S. Supreme Court decision in Tennessee v. Garner, 471 U.S. 1 (1985) specifically outlaws cops shooting at fleeing suspects without probable cause.

State-run media outlets are following standard protocol. They have reported extensively about a so-called “criminal record” of Mr. Blueford. This is their way of justifying and encouraging summary executions by police. An attorney for Oakland Police, Harry Stern, said the summary execution was “100 percent justified” and in line with police policy.

Though there is no way of knowing the truth regarding this execution, if what police say is true, Mr. Blueford should have used his alleged firearm to protect himself from a state organization with the policy of paid vacations when they murder Americans. The entire situation should have and could have been avoided had the cops not profiled these young men by approaching them for absolutely no reason except for harassment.

The family of Mr. Blueford has hired an attorney for a possible civil suit. However the killer will not be charged and should be back on the streets after his foot heals from his self-inflicted, reckless gunshot wound. Mr. Blueford was scheduled to graduate in June.

Our thoughts are with the Blueford family.