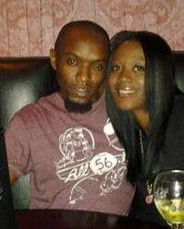 ARLINGTON, FL — A man was shot and killed by Jacksonville Police early Wednesday morning despite the fact he was unarmed and sitting in a car.

The summary execution took place around 2 a.m. on the Arlington Expressway and Rogero Roads in Arlington. According to Jacksonville Police, Mr. Davinian Williams was “driving suspiciously” so one of their cops, Jeff Edwards, tried to “pull him over.” Police allege Mr. Williams, 36, tried to allude Edwards by running several traffic lights and making several sudden turns.

When Mr. Williams pulled over in an empty parking lot, Edwards said he was “fidgeting” and “made a sudden move” so he (of course) felt threatened. Edwards fired seven shot through the rear driver-side window, striking Mr. Williams six times, killing him instantly. Police confirmed Mr. Williams was unarmed. The cop was instantly rewarded with a paid vacation, aka “paid administrative leave.”

Watch a report from WAWS Fox 30 Action News in Jacksonville.

Many [white] Americans will posit Mr. William allegedly being in possession of cocaine is a crime punishable by summary execution. This position is not only false but fully displays the encouragement and acceptance of cops and other white people murdering black people.

We put forth this premise repeatedly: the only way to protect yourselves from a fascist government is to be pro-active and look at U.S. police for what they are and be prepared to die fighting. The UNALIENABLE Second Amendment, regardless of artificial “criminal convictions” must be exercised at all times to protect yourselves and your families from the likes of police thugs like Edwards et al. Never call police for anything and be cautious and ready if you are unfortunate enough to encounter the U.S. governments’ henchmen.

Mr. Williams had his own lawn care business and leaves behind a 14-year-old son and a 9-year-old daughter. Our thoughts are with his family.