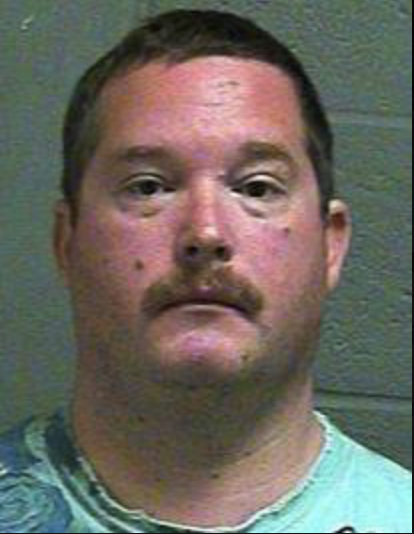 FAIRVIEW HEIGHTS, ILLINOIS — This guy became a cop after committing sex crimes in several states. His existence further highlights the sick, demented nature of the copsucking community that facilitates this feral behavior.

Nicoma Park, Okla. cop Michael L. Lindsey was charged by St. Clair County, Illinois prosecutors on Monday with two counts of sexual assault of an 11-year-old boy. The crimes happened in 2010 and more charges are likely. A total of three boys told Fairview Heights, Illinois Police that Lindsey, 35, sexually assaulted them when he lived and worked in the town as an emergency medical technician.

Lindsey was friends with the victims’ parents. He may have sexually abused the boys as far back as 2008, and after 2010 as well, according to police. The pedophile moved from Fairview Heights to Oklahoma after the rapes. Some of the crimes occurred in Oklahoma when Lindsey had one of the boys help him move.

Lindsey was initially booked into Oklahoma County Jail on $10,000 bond last month. Police executed search warrants on Lindsey’s residence while he was waiting to be bonded out. The bond was raised to $145,000 the next day due to potential additional charges. The pedophile cop is now being held on $500,000 bond as he awaits extradition to Illinois.

Lindsey told authorities that the boys are trying to “blackmail” him. But he also admitted in the arresting affidavit that he slept in the same bed with the boys and asked some of them for nude photos.

Lindsey was a reserve cop for the Forest Park, Okla. police department from 2014 to 2017. He became a reserve cop for Nicoma Park – about 15 miles east of downtown Oklahoma City – in 2017. He was promoted to full-time in November last year, just weeks before his arrest.

Authorities say there are likely more victims. Lindsey could still face charges in Tennessee and Oklahoma as well. Anyone with information on other crimes involving Lindsey should contact Fairview Heights Police in Illinois.