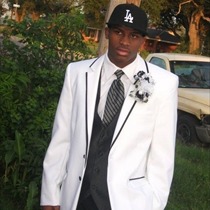 NEW ORLEANS — New Orleans Police Superintendent Ronal Serpas said of this latest murder of an American citizen under color of Louisiana state law, “we have not been able to yet completely understand what exactly occurred.” What occurred is an unarmed man was gunned down in cold-blood in his own home by a cop working for Serpas’ department.

The summary execution without a trial (what Confederate states used to call “lynching”)  happened Wednesday night in the Gentilly area of New Orleans. Serpas said his police were “executing a search warrant” at the home of Mr. Wendell Allen’s mother because of the plant, marijuana, being present. The United States criminalizes its subjects (“citizens”) for possessing the plant known to treat cancer, arthritis, glaucoma and several other maladies.

Police say they saw 19-year-old Troy Deemer making “several hand-to-hand” sales of the medicinal and spiritual plant in the driveway of the home. Police abducted (“arrested”) Deemer that day and then police say they got what their government calls a “warrant” from an individual they call a “judge” who wears a robe for a costume (as police wear badges and dark blue garments for their costume). New Orleans Police then busted into the home, where five children ranging from age 1-14 sat frightened and forever scarred. Not even a couple minute later, cop Joshua Colclough had gone upstairs, spotted a shirtless Mr. Allen, and fired one shot into the 20-year-old’s chest, killing him instantly. The killer, of course, was rewarded with a paid vacation, aka “paid administrative leave,” in keeping with the bounty program all U.S. police departments use.

Here is the press conference Serpas held yesterday regarding the summary execution of the unarmed 20-year-old.

Serpas, like all police spokespeople, is of course speaking as if murder is some kind of right he and his constitutionally-protected militia possess. State-run media, particularly nola.com (the website for the Times Picayune newspaper), referred to Mr. Allen as a “lanky, 6-foot 3-inch former basketball star” and talk about an arbitrary label placed on the young man (“felon”), instead of simply referring to him as a son, brother and/or young man. Serpas says Mr. Allen “expired” instead of simply saying Colclough murdered him. However, this is also standard police procedure throughout the USA.

New Orleans mayor Mitch Landrieu says there will be a “full investigation,” but this means very little to the citizens of New Orleans and the dispora people of America in general. A citizen’s group has called for the indictment of Colclough on murder charges.

…but everybody already knows these “investigations,” no matter how “independent” they may be, yield the same “justified” conclusion 95 percent of the time (especially in the Confederacy). And when it does not, the killer cop generally gets a slap on the wrist.

There is little else to this story…an unarmed young man was murdered in cold blood in this own home.  New Orleans citizens and Nubians across the country will simply be dismissed as “niggers” and/or “playing the race card” when confronting the 500 year Maafa (Diaspora African Holocaust) that is belittled by Europeans.

Diaspora Africans were born into the Biblical “hell” based on the three major world religions’ (Talmudic Judaism, Islam and Christianity) justification of enslavement and degradation of said people throughout all of their religious texts, going back to the days of Noah. The world government (USA/Israel/Britain/France) will never look upon the Nubian race as human. Diaspora Africans must pass this test our gods have given us by uniting as one, being completely self-sufficient, self-educated, divesting from the “acts” that the USA calls “laws,” and be willing to pay the ultimate price for liberty and freedom.

We could not verify at press time whether or not Mr. Allen had children. We will update this story as more information comes in and of course when the “justified” disposition is released. Our thoughts are with the Allen family. Mr. Allen paid the ultimate price and his soul is now free.