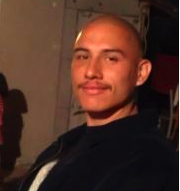 ANAHEIM — A man is dead after being shot by police and U.S. state-run media are justifying it due to a “prior criminal record.”

This murder of an American under color of state law happened Tuesday night around 9:45 p.m. in Anaheim, California. Anaheim police say they responded to a report of “five or six men in an alley” near Wakefield Avenue and Haster. Police say one of them had a gun, not specifying which person nor specifying how the alleged gun was being used to threaten someone. According to police, one of the cops shot 21-year-old Martin Angel Hernandez 15 minutes later, killing him instantly. The killer, whose name is being protected by the City of Anaheim, was rewarded for the murder with a paid vacation, aka “paid administrative leave.”

Anaheim spokescop Robert Dunn said it “does not appear” that Mr. Hernandez fired the gun he says the young man allegedly was in possession of. Dunn left that statement open for manipulation by his department, saying this is all he knew at this time. Anaheim police have not yet settled on a story as to what led to the murder of Mr. Hernandez.

The Orange County Register is assisting the police in their attempt to justify the murder. Nearly half of the newspaper’s story is about a “criminal record,” which in the minds of a blood-thirsty American public is enough to justify killing Mr. Hernandez. The routine kangaroo investigation into the murder is being conducted by the Orange County District Attorney’s Office, which will issue its inevitable “justified” disposition within a few weeks.

There are reports that Mr. Hernandez was running away from the police when he was gunned down, a clear indication he feared for his life in the presence of a constitutionally-protected gang with permission to murder anyone they want. Yuliana Rincon, Mr. Hernandez’s sister, said via Facebook her brother “did not have a gun. [The police just] assumed he did.”

Another commenter wrote, “I didn’t know hanging with your friends was a crime.” What is being lost in all this is the fact Americans have an unalienable right to bear arms, regardless of arbitrary state laws, and a right to protect themselves not only from other citizens, but from oppressive government. Police, if what they say is true about Mr. Hernandez having a shotgun, have once again used gun ownership as an excuse for summary execution of an American.

Mr. Hernandez’s 3-year-old son Zahid will now grow up in this world without a father. We will update this story if any new information is obtained. Our thoughts are with Mr. Hernandez’s family.