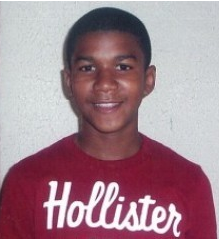 SANFORD, FL — A 17-year-old young man is dead and now local police are withholding the 911 tape from the family.

The murder took place on Sunday, February 26 at the Retreat at Twins Lakes gated community in Sanford – about 20 miles north of Orlando. Mr. Trayvon Martin had been watching the NBA All-Star game and took a break to take a 10 minute walk to a convenience store to buy snacks. On his way back, Mr. Martin was spotted by “neighborhood watch captain” George Zimmerman, who called 911 to report a “suspicious person.” This is Euro-American [rent-a-] cop code for describing any and all “blacks.”

Though the 911 dispatcher told Zimmerman to wait for police to arrive, he ignored the order and “confronted” Mr. Martin. Martin, minding his own business, likely brushed off Zimmerman as an annoying rent-a-cop, which prompted the 28-year-old Zimmerman to shoot Mr. Martin once in the chest, killing him instantly. Mr. Martin was unarmed, carrying only the bag of Skittles and can of Arizona Iced Tea he bought at the store. Zimmerman was arrested, but was released that same day after claiming “self-defense.” The family of Mr. Martin wants a copy of the 911 tape, however the Sanford Police have refused to oblige the simple Freedom of Information request, prompting the Martin family attorney to file a lawsuit.

Watch a report from WESH 2 News in Orlando.

Sanford Police told Mr. Martin’s family that Zimmerman was not arrested because they respected his background and he had no criminal record. But according to Orange County (FL) online court records, Zimmerman was in fact charged with felony assault on a police officer back in 2005. 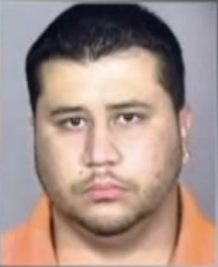 Despite these charges, Zimmerman was working as a self-anointed neighborhood watch “commander” apparently with permission to shoot and kill “suspicious” people. Sanford Police say they are not hiding the 911 tape, but say they cannot release it because it is part of an “ongoing investigation,” but also say the tape justifies the murder.

Mr. Martin was active in sports and wanted to be a pilot after graduating high school. We will continue to follow this story and update when more information becomes available. Our thought are with the Martin family.

The 911 tapes have been released. It is not necessary to play all of the tapes, as most of them are Euro-Americans talking about a “black” human being walking through “their” gated community. The tapes prove Sanford Police did in fact tell the killer, Zimmerman, to not engage or follow Mr. Martin. The only tape necessary to close this case for those with common sense and those not part of reinforcing and fueling the Maafa is the one following, which you hear Mr. Martin screaming for help. WARNING: the tape is very disturbing.

The killer Zimmerman is still free and it appears the Sanford Police Department and Seminole County Attorney’s Office want the killer protected from any consequences of the murder. Confederate states such as Florida used to call these savage murders by Euro-Americans “lynching,” but now refer to them as “officer-involved shootings” or “self-defense.”

The U.S. Department of Justice can only charge George Zimmerman with federal civil rights crimes, punishable by the death penalty, if they can prove the shooting was racially motivated. Well, here’s your proof.