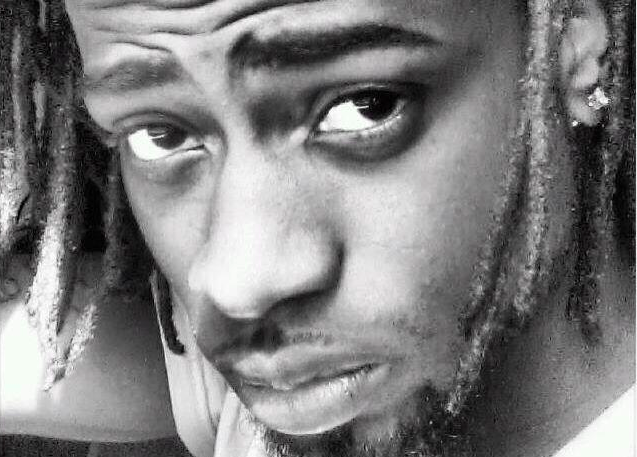 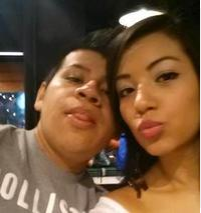 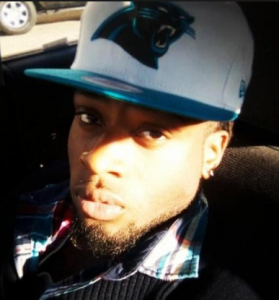 Lawyers will get half of that. The blood money gets more and more insulting in these cases as the years go by.

MINNEAPOLIS — It was last Friday, May 10 when Minneapolis Police killed two people in two different locations in less than 30 minutes; and today we’ve learned more about the killers.

It started when Minneapolis Police said they pulled over Mr. Terrance Franklin “during a routine traffic stop” near the 2700 block of Lyndale Avenue South around 3 p.m. Police said Mr. Franklin got out of the car and ran. They apparently chased Mr. Franklin, 22, to a house at 2717 Bryant Avenue South, that police say he “broke into.” Citypages.com reported that the home belongs to a Minnesota Public Radio employee. All the public knows for certain as to what happened inside the home is that Mr. Franklin first tried to fight off a dog police ordered to attack him, then was shot dead.

**UPDATED MAY 22, 2013: IS THAT TERRANCE FRANKLIN SCREAMING FOR HIS LIFE AT :18 and :26 SECONDS? We can’t say for sure, but thanks to OP-NAT EYE readers, we have found video that was apparently recorded seconds after shots were fired, right in front of the home Mr. Franklin was murdered, according to the video description. If the shots happened, then the screams happened (if that is in fact Mr. Franklin), then its clear he was simply trying his best to fight for his life, while only semi-conscious, against cops who shot themselves (more on this below), and an attacking dog.

The two cops involved, Michael Meath and Ricardo Muro – the only armed people inside – were shot as well. Police say Mr. Franklin “struggled” with them and “tried to grab their guns” which is why they were shot in their legs, according to KSTP 5 Eyewitness News. But the more likely, common-sense explanation, since the only thing the public will ever hear is the tale police will ultimately tell, is that the cops recklessly shot each other as they competed for the kill shot on Mr. Franklin.

What also makes the aforementioned more plausible than the cops’ story is that Mr. Franklin family still has not been allowed to see his body, more than a week after he was murdered. There is no telling what the police actually did to him. Possible scenarios include they let the dog maul him to death, than shot him; they tortured him, etc. Mr. Franklin’s body, once the family does see it, will be decomposed and manipulated beyond the point that any truth can ever possibly be known.

*UPDATED May 19, 2013: Mr. Don Allen of IBNN News in Minneapolis has uncovered even more information as to the murder of Terrance Franklin by Minneapolis Police. There were at least three more cops in the house when Mr. Franklin was murdered: Andrew Stender, Luke Peterson and Mark Durand, according to Mr. Allen. Stender is the K9 handler, thus had to be at the scene. All three of them are members of the SWAT team.

Mr. Allen’s sources told him that Mr. Franklin was already unconscious when he was shot dead, with the fatal shot going to his head. Further, there was evidence of Mr. Franklin being tortured as well, with a ring indentation being above his eye…indicating he was punched very hard, which is likely what knocked him unconscious. In other words, Mr. Franklin was beaten mercilessly by 2-5 cops after being mauled by a dog, than shot to death. We will update the story further once we run backgrounds on these three cops.

The Pioneer Press, a state-run media outlet owned by MediaNews Group in Denver, has falsely and deliberately misquoted Mr. Franklin’s girlfriend, Anquanette Hollman. It reported that Hollman, who was with Mr. Franklin when he was pulled over, said her boyfriend was carrying a gun. Several other media outlets have repeated the false quote, which is standard protocol to attempt justifying murder by cops. Several Facebook posts from local residents and friends of the family confirm that the Pioneer Press is lying for the police. Mr. Franklin’s uncle, Willie Walton, told KARE 11 in Minneapolis, that his nephew did not carry guns (and even if he was carrying, Americans have the right to do so).

Unfortunately for the people of the Twin Cities, the story does not end here. More than 30 minutes after the cops killed Mr. Franklin (thus no “emergency” remained) and shot themselves in the process, a third cop, Joshua Young, raced through a red light at the intersection of West 26th Street and Blaisdell Avenue.

Mr. Ivan Romero Olivares had a green light and was riding his motorcycle with his girlfriend, Jocelin Torrejon, as a passenger. The cop recklessly ran through a red light rushing to get to the scene where Mr. Franklin was killed, when there was no need for him to be speeding. He crashed into the motorcycle, killing Mr. Romero and injuring Ms. Torrejon. The Star Tribune in Minneapolis not only falsely reported that the cop car Young was driving was an SUV, but had the audacity to phrase its headline as if Mr. Romero was at fault: “Minneapolis Police identify officer who was driving vehicle that motorcyclist struck.”

Minneapolis Police chief Janee Harteau told the Star Tribune that Mr. Romero’s motorcycle “struck the squad car’s rear wheel well.” Obviously the vehicle pictured at the scene is a car, not an SUV, and obviously the cop car struck the motorcycle with its front bumper.

Here is a report from the day after all the police recklessness from the aforementioned KSTP Eyewitness News (ABC 5) in Minneapolis.

The Star Tribune had no problem publishing a report about a supposed “criminal record” of Mr. Franklin, but failed to report anything about the two cops who shot themselves. The OP-NAT EYE did extensive public and otherwise records searches on both Meath and Muro.

Meath was one of the cops named in a federal civil rights lawsuit filed on June 11, 2010. The case, Max S. Graves Jr. vs. Minneapolis Police Dept. (case #10-cv-02349-RHK-JJK) details an incident from October 4, 2008. Mr. Graves and his brother left the restaurant Pizza Luce on 1st Avenue North at about 2 a.m. after a night out in downtown Minneapolis. A fight broke out at a nearby bar (not involving Mr. Graves), so mounted police and others were already there.

The lawsuit alleges that Mr. Graves was attacked based solely on his race. Mr. Graves is “African American,” according to the lawsuit. The case was settled out of court on October 19, 2011, according to court records.

Meath was named in yet another lawsuit in which he terrorized more Minnesota residents. A “racial and reprisal discrimination” complaint was filed with the Minnesota Commission on Civil Rights after an incident that occurred at a towing company called Wreckers Services, Inc. on September 5, 2006. Mr. James F. Cannon, a former judge with the Minnesota State Office of Administrative Hearings, arrived at Wreckers at 9:45 a.m. to retrieve his car that was impounded. He paid the fees, but was then told he would have to wait for his car.

Four more individuals arrived in the meantime, paid their fees and were also told they would have to wait. All the people who came into Wreckers were “African American,” including Mr. Cannon, according to court documents. One of the men waiting for his car got frustrated and slapped the window that separated people in the lobby from the employees of Wreckers, and demanded his car, according to court documents. The Wreckers employee called 911 and Meath, along with female cop Julie Hagen showed up. Hagen barged in and yelled at all the individuals, “I want you to shut up and behave yourselves…you need to act like adults.” When Cannon’s wife Lois asked Hagen not to use that tone, Hagen replied, “I’ll use any tone I damn well please.”

The Cannon’s decided to simply leave after finally getting their car, but not before telling the cops they will be filing a complaint. Hagen responded “you can’t do anything to me.” Meath would then follow the couple outside and “stare them down” while standing in front of their car and writing their license plate number on his hand.

The complaint was filed and the Minnesota Court of Appeals affirmed $15,000 in compensation for the Cannons on June 1, 2010 along with $22,283 in attorney fees. The Minneapolis Police Department was also fined $7,500 for the incident, according to court documents.

Ricardo Muro was one of nine Minneapolis cops involved in a raid of a home on October 4, 2007 which police held three Asian children at gun point while shouting at them to not move or they’d be shot dead. The home belonged to Anna and Leng Hurr and police say it was the target of a “drug investigation.”

Police handcuffed the three children – ages 17, 14 and 12 – and forced them all onto the ground. Mrs. Herr heard the commotion from upstairs, where she was with her 8-year-old child. She walked out of her room to see what was going on, only to be tackled, kicked twice in her ribs while another cop had his foot on her throat; and was ultimately handcuffed and dragged down a hallway, according to court documents. She suffered several contusions, along with a sprained neck and left shoulder, according to court documents.

No drugs were found in the house. Though a federal lawsuit was filed, it was dismissed, with the order saying “the facts of this case do not establish a constitutional violation.”

What’s Next For Franklin and Romero Families

It appears Minneapolis Police will simply drag this thing out, and rely on their media (Star Tribune and Pioneer Press) to simply stop covering the story so it will go away. Meath and Muro are already looked at as “heroes” by Minnesota residents and Mr. Franklin is simply a “black thug” who deserved to die, based on comments left on state-run media website. Mr. Franklin’s 4-year-old son, Nehemiah Martin, will now grow up without a father. It is unclear as of publishing if Mr. Romero had children. We will continue to update this story as we learn more about the killer cops.

Our thoughts are with the Franklin and Romero-Olivares families.