A young man who would have celebrated his 22nd birthday on Mother’s Day is dead, as California police continue slaughtering Americans daily.

It was just after 9 p.m. Friday night when Concord Police say they were “conducting surveillance” out of their jurisdiction at Mr. Charles Burns’ Antioch home near the corner of Barcelona Circle and Buchannan Road. Police say they were investigating “dangerous drug sales.”

Concord spokescop Steve Dyar said Mr. Burns, 21, exited his home and got into a car driven by another 21-year-old man. The cops then “attempted to contact” Mr. Burns to serve him a warrant, and according to police, the driver accelerated and rammed an unoccupied cop car. Police say Mr. Burns got out of the car and starting running. The cops “feared for their lives,” according to the spokescop, which prompted three of them to recklessly fire upwards of 15 total bullets at Mr. Burns, killing him instantly. All the killers were immediately rewarded by the city with paid vacations, aka “paid administrative leave.”

Here is a report from KGO ABC-7 in San Francisco.

The killers were so reckless, one bullet went through a window of a nearby apartment. Fortunately there was nobody home at the time. 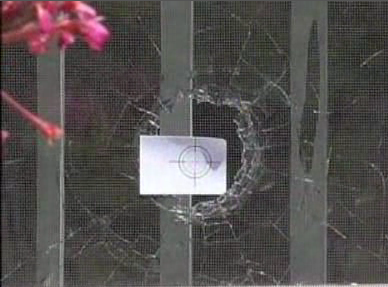 The driver of the car was arrested and charged with “assault with a deadly weapon on a police officer.” His name is being withheld. The only possible reason for this is police will attempt to get the young man to tell a favorable story about the murder in exchange for them to drop the bogus “charge.” Mr. John Burns, Charles’ father, and obviously very upset, told a local news station he will fight until every one of the killers is brought to justice.

It is obvious Mr. Burns was unarmed when these cops gunned him down, as this would have been the first thing they told the public to, in their eyes, justify the killing. And though laws and precedent mean absolutely nothing in America anymore (except the law guaranteeing police will always get away with murder), the 1985 U.S. Supreme Court decision in Tennessee vs. Garner specifically outlaws cops gunning down “an apparently unarmed, non-dangerous fleeing suspect.”

State-run media have yet to launch standard protocols by digging up some sort of “criminal record” or anything negative about Mr. Burns to assist police in justifying yet another killing. Though several headlines refer to Mr. Burns as “drug suspect.” The truth is, the police did the job they are paid to do, which is slaughter and incarcerate as many Americans as possible. They know they will be rewarded with paid vacations for it, and know the cop-sucking community will always come to their defense and give them “atta boys” no matter the frequency or circumstances surrounding these gang-style executions. No charges will be filed against the killers and they should be back on the street for their next kill within a few weeks.

Our thoughts are with the Burns family.