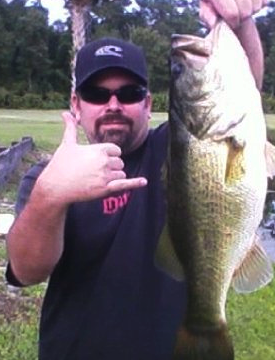 A man is dead because his family believed the best thing to do was call police for help…a decision which they now regret.

This latest murder under color of state law happened Monday night at a condominium complex in Melbourne, Florida. Police say they received a call from Mr. Ryan Rader’s mother in a different town, who told them her son may be drinking and suicidal. Three Melbourne cops – Pete Mercaldo, Brian Cavanaugh and Michael Szczepanski – arrived at the Beach Club Apartments around 10:20 p.m.

According to police, they spotted Mr. Rader in the breezeway outside of his apartment and ordered him to put his hands up. Police say Mr. Rader either 1) had a gun in his hand when they saw him and/or 2) he “produced” a gun after encountering him. The conclusion is the same regardless, as all three cops say they “feared for their lives,” causing them all to open fire on the 37-year-old Rader, killing him instantly. The police left Mr. Rader’s bullet-riddled body on the ground for nearly 12 hours before moving him. All three cops were rewarded with paid vacations, aka “paid administrative leave.”

Watch a report from WFTV Channel 9 in Orlando.

Mr. Randolph Rader, Ryan’s father, said they called police to help their son, not to murder him. “We should have never done that,” he told Florida Today. The Florida Department of Law Enforcement (FDLE) has commenced the routine kangaroo “investigation” into the murder, which will ultimately be ruled justified.

Though Americans supposedly have an absolute right to bear arms in this country, cops have been using citizens’ gun ownership as an excuse for summary executions for decades now. If you have a firearm, cops will kill you, unless you kill them first, and that is sadly what our society has become. However, Americans must protect themselves from armed government thugs who know they can easily get paid vacations simply by killing an American.

We could not immediately confirm whether Mr. Rader had children or not. Our thoughts are with the Rader family.