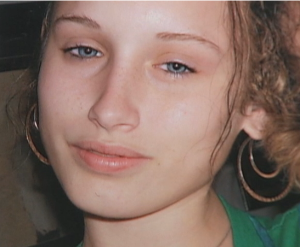 The ruling by the Florida Department of Law Enforcement (FDLE) is the chilling reality of America and all the more reason all citizens should be armed and ready to protect themselves from government henchmen. “The trooper’s actions were legal and within the scope of his duty,” FDLE Spokescop Steve Gaskins said. 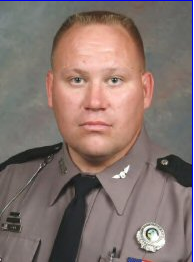 Ms. Danielle Maudsley, 19-years-old at the time, had been arrested on September 19 last year for driving without a license and being involved in a hit-and-run car accident. Florida Highway Patrol cop Dan Cole handcuffed her and placed her in the back of the police car. At one point, Ms. Maudsley had partially removed the handcuffs, but they were promptly placed back on her before she was taken into the police station.

The dash-cam video then shows Ms. Maudsley, still handcuffed and likely fearing for her life being trapped inside a U.S. police station, started running (more like jogging) away from Cole. The cop chose to attack Ms. Maudsley with a taser shot to her back, causing her to collapse skull-first into the concrete. Ms. Maudsley suffered severe brain damage and will likely be in a vegetative state for the rest of her life.

Watch the video below and listen to Cole being questioned by an investigator.

Cole’s attack on Ms. Maudsley was, again, ruled “justified” by FDLE, even though their own policy is that tasers are not to be used on someone who is handcuffed, nor simply to stop someone from fleeing. Cole, who has been enjoying his paid vacation (aka “paid administrative leave”) since last September, he will now likely be placed back on the streets to terrorize more Americans in the coming weeks.

We’re wishing all the best to Ms. Maudsley.

WARNING: The following video is very disturbing. It is the same dash-cam video, but with the sound. It is very sad. Much love to Danielle and her family. We can only hope the police thug gets what he deserves.