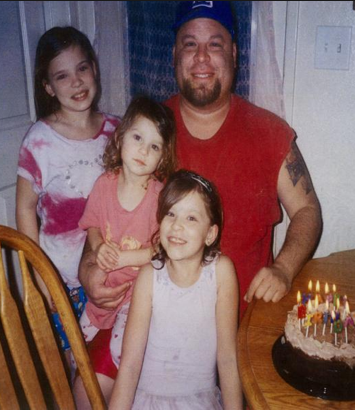 *UPDATED MAY 29, 2013: The Twilight Zone just keeps getting more surreal. State-run media outlet KGET-17, an NBC-affiliate in Bakersfield release an EDITED clip from a cell phone video taken by one of the Good Samaritans who risked their lives to do so. It only shows the very end of the savage murder, when Mr. Silva is writhing in pain, knowing he is about to die. But this isn’t even the surreal part. Nearly one-quarter of KGET-17’s written story and video broadcast about this story is about the “criminal past” of the citizens who recorded the murderers savagely killing Mr. Silva. For good measure, the story even talks about a “conviction” of Mr. Silva. What’s even more surreal (but not surprising) are the comments left on the story. The copsucking community completely ignores the fact nine murderers with badges beat a man to death, and instead focus on insulting and degrading the man who filmed it.

The inevitable “justified” murder disposition should be released within the next two months. Though government and their media do this kind of stuff every hour, every day, if this incident in its entirety will not spur the American population to REVOLUTION, nothing will.

UPDATED MAY 26, 2013: This is all you need to know about Kern County “Sheriff” Donny Youngblood. This past Easter Sunday, a Bakersfield police dog was released into the home of 60-year-old Victoria Youngblood, Donny’s estranged wife, as she slept. The dog “clamped down” on her neck and back of her head, and mangled one of her ears to the point that Mrs. Youngblood may lose her hearing in said ear, according to Bakersfieldnow.com. Donny said he had no comment on the situation. The attack was obviously ordered and/or encouraged by the sadistic thug sheriff. USA: where the real criminals continue getting away with serious crimes.

UPDATED MAY 24, 2013: And now the true sickness in U.S. government is starting to show. Kern County Sheriff Donny Youngblood is now defending the savage murder of Mr. David Sal Silva, saying at a press conference yesterday that the father of four “resisted” and “attacked” a police dog that was biting him.

Youngblood also said Mr. Silva “kicked at” the killers. But the madness doesn’t stop there. The Kern County Coroner’s Office is saying, with a straight face, that Mr. Silva died of heart disease. The other garbage they are saying about amphetamines and alcohol being in Mr. Silva’s system, are discredited completely as a result of this autopsy “result,” that is laughable at best and a flat-out lie at worst. Youngblood said the dog was released onto Mr. Silva and bit into his arm. Police apparently expect human beings to allow animals to attack them without trying to defend themselves. Youngblood, according to the L.A. Times, said when Mr. Silva “grabbed the dog’s throat,” the killers began striking him with batons. Youngblood said none of the blows were above Mr. Silva’s neck. Of course video disproves that, but police simply expect the public to believe what they’re told instead of believing what they see and hear with their own eyes and ears.

Lisa Green, the Kern County District Attorney, told the Bakersfield Californian that her office will launch yet another kangaroo investigation. She said it will be a “lengthy process.” It appears state “authorities” are lining up their story to announce the inevitable “justified” disposition in a couple months or so. The FBI are also “investigating,” but its looking more and more like the killers will enjoy a long paid vacation before being placed back on the street to murder yet again. We’ll continue to update this story.

UPDATED MAY 18, 2013: The seven assailant Kern County cops involved in the savage murder of Mr. David Sal Silva have now been rewarded for the kill with paid vacations, aka “paid administrative leave.” Meanwhile a woman who lives near the Kern Medical Center discovered that her surveillance cameras for her home captured the entire murder. She has remained anonymous and gave the video to Mr. Chris Silva, David’s brother. She told the L.A. Times that she watched it with Mr. Silva and all he could do was shake his head and remain silent. Sheriff Donnie Youngblood, knowing his cops are now squarely in the cross-hairs because of this video, said he is taking the “unprecedented step” of asking the FBI to get involved with a parallel investigation. We called the California Highway Patrol on both May 14 and 15, and left messages with a cop named “Rodriguez.” We were requesting the names of the two assailants employed with them. Rodriguez never returned our calls.

The video will definitely increase the chances of some of the killers being held accountable, but this is still the USA, a land that protects its government-sanctioned murderers. We’ll continue to update.

It all started when Kern Medical Center security called police around 11:55 pm Tuesday night to report an alleged intoxicated person outside the hospital near the corner of Palm Drive and Flower Street in Bakersfield. What happened next can only be describe as a savage terrorist attack perpetrated by people many Americans still believe “protect and serve” the public. One cop showed up and from all witness accounts, immediately released a dog on Mr. David Sal Silva,  33, who police say “resisted.”

A gang of nine cops – seven Kern County deputies and two California Highway Patrol – would swarm Mr. Silva, again by all accounts, within minutes of him trying to fight off a dog the first cop unleashed on him. For the next eight minutes, Mr. Silva endured numerous violent blows with batons to his head and body. Witnesses said they could not only hear the graphic sounds of each blow, but also heard Mr. Silva begging the cops to stop. An aloof Kern County spokesperson told local media that Mr. Silva “had trouble breathing” after the savage beating and said the cops called him an ambulance after the murder. He was pronounced dead at 12:44 a.m. Kern County Sheriff Donny Youngblood said, with a straight face, “an objective investigation is needed” to determine how Mr. Silva died.

Here is one of the 911 calls. The total disconnect and indifferent demeanor of the operators is what stands out the most.

And though several witnesses caught the brutal murder on camera, police immediately seized cell phones from every one they could find in the area. The only one that has made it into the public is the grainy surveillance video below.

Another witness, Ms. Melissa Quair, told the KBAK/KBFX Eyewitness News in Bakersfield that Kern County police showed up at her house a couple hours after she left the scene and forced her to give them the cell phones with the video. Though she and her mother initially refused to give up the phones, the cops basically threatened them with violence, saying they are going to take the phones “one way or another.” Ms. Quair and her family were held hostage in their own home by the Kern County police for nearly 12 hours, until they “complied.”

Mr. Jason Land, another witness, said he was so traumatized after seeing the murder, he didn’t know what to do. Mr. Land said the police acted like “animals” when they brutally beat Mr. Silva to death right in front of him. He went to a local news station to tell his account. A few hours later, police arrested him and charged him with being on PCP. Of course there were no drugs involved at all, and police, according to Mr. Land, tried to get him to change his story about what he witnessed. Mr. Land is now fearful he will be targeted by police.

Greer was one of the four Kern County cops involved in the December 18, 2010 death of Mr. Jose Lucero, who was mentally ill. Greer and the other cops tasered Mr. Lucero 29 times in six minutes, and for good measure, pepper-sprayed him. This was all done right in front of Mr. Lucero’s parents. The incident ended up costing Kern County $4.5 million, the judgment rewarded to the family in November as a result of a wrongful death lawsuit. We are continuing to conduct further public and otherwise records searches to determine if any of the other assailants have prior criminal records as well.

Mr. Silva had four children with the youngest being 2 and the oldest 10. A day after Mr. Silva was savagely murdered, the children’s grandmother, Merri Silva, told the Bakersfield Californian that she still had not figured out how to tell the children that their father is dead. The family retained attorney David Cohn and they held a press conference a couple days later.

There is good and bad news when it comes to precedent in these cases. We already mentioned Mr. Kelly Thomas (see above). One of the cops in that case – Ramos – was charged with second-degree murder. Two others – Cicinelli and Joseph Wolfe – were charged with involuntary manslaughter and excessive force. Three other cops involved escaped charges altogether. Ramos and Cicinneli are scheduled for trial on June 28.

The March 2, 1991 beating of Rodney King is slightly different because of the racial elements and he survived. But it opens the door for other options if the nine cops involved in Mr. Silva’s murder escape state charges. The four Los Angeles cops involved in the  King beating were acquitted by a Ventura County jury of assault and there was a hung jury on the excessive force charges. The U.S. Justice Department would later indict two of the cops – Laurence Powell and Stacey Koon – on federal civil rights charges. They were subsequently convicted and after several appeals of their sentences, they each got 30-months in federal prison; and served only 26.

The death of Mr. Silva is yet more evidence of the US being a full-fledged police state. There is a good chance at least some of these cops will be criminally charged because of all the video (that is if they don’t destroy it all) and the illegal seizure of evidence. But this is still the United States, a country that protects its killer cops regardless of circumstances.

Our thoughts are with the Silva family.