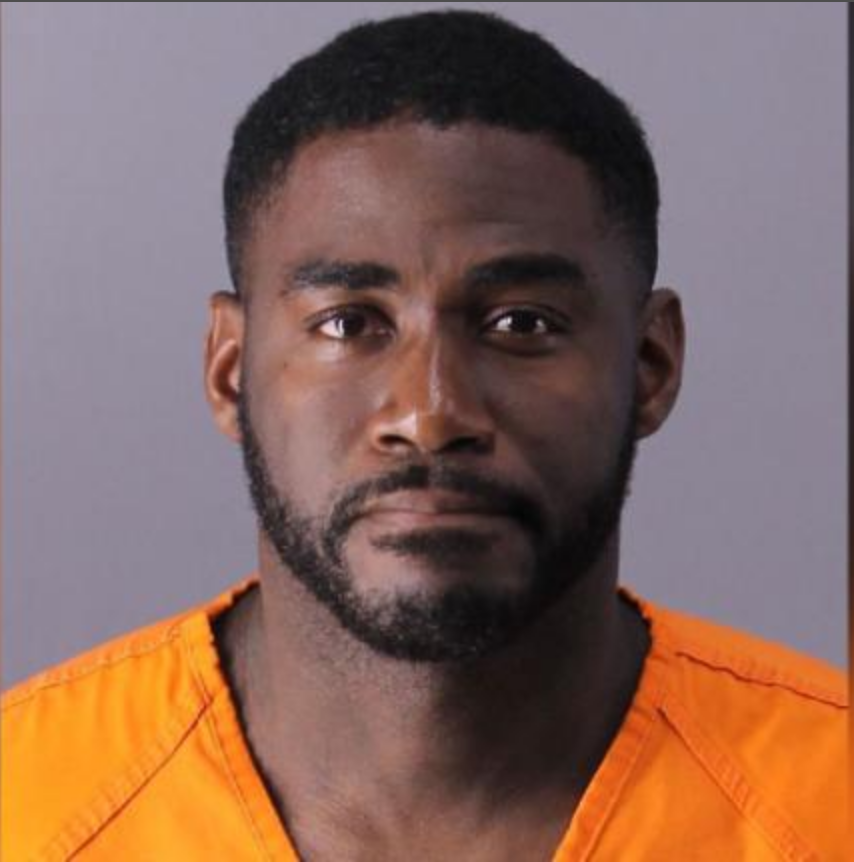 UPDATED August 4, 2019 – Yep, we were right. He’s a dumb black cop. Police state B.S. is so incredibly predictable. Buchanan was arrested late last Thursday and charged with discharge of a firearm in city limits, criminal mischief and false reporting. 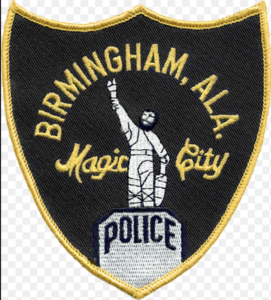 BIRMINGHAM — U.S. cops have one of the best vacation policies across all industries and occupations. Cops are fully aware that all they have to do is murder somebody, preferably a black person, and they will receive paid vacations that last weeks, months and sometimes years. Police thugs also know that their white copsucking fans, that make up 70%+ of white America, will provide them endless, unconditional accolades and “atta boys” for these kills. Birmingham cop Keith Buchanan apparently could not find an unarmed black man to kill in a city that is 63% black. So he staged an attack…and got caught.

Buchanan was allegedly making a traffic stop near F.L. Shuttlesworth Drive and Cedar Street by the Birmingham-Tarrant border at about 1:20 a.m. Eastern on July 21. He called the dispatcher claiming he was in trouble, that shots were fired, and he needed assistance.

A cop from the Tarrant Police Department showed up and found Buchanan’s cop car with a bullet hole in the front window. Said cop found Buchanan a short distance away lying down by some railroad tracks. Cops from a bunch of other departments blocked off roads to rush this guy to a hospital where it was determined he was uninjured.

Birmingham cops investigated all the claims made by Buchanan and found that they had been hornswoggled. Buchanan made up the entire story. Birmingham Police Chief Patrick Smith said in a press conference today that Buchanan had “stolen valor” and “stolen honor,” which is apparently cop-speak for “he lied and made fools of all of us.”

“[Buchanan] did a lot on that night to present a false image of heroism,” Smith said.

Buchanan got his wish, however. He was “relieved of his duties” last week and placed on “paid administrative leave.” But the cop is likely to face criminal charges as a result of his failed charade. Smith said he is consulting with prosecutors to determine what charges Buchanan will face, which will likely include criminal mischief and false reporting.

All cops are criminal thugs as they work for the largest, most well-armed gang in the USA. They hire the worst of the worst with the lowest IQ’s, and give them judge, jury and executioner status after 12-16 week “police academies.” But this Buchanan character didn’t even try and hide his thuggish ways.

Buchanan was reprimanded in 2016 for filing a false police report, according to AL.com. He tried to keep a gun he confiscated from someone he arrested in 2015. He finally told his supervisors via another false police report about the gun four months after trying to steal it. Buchanan also failed to sign an arrest warrant in 2014, saying he “forgot” to do so. He had been employed as a Birmingham cop since 2012.

We cannot find any photos of Buchanan online right now, but we’re going to guess he’s black. A white cop would have simply satisfied their sexual urges, killed an unarmed black man, and got their paid vacation. Black people display Stockholm Syndrome for joining these radical white extremist groups (“police”) in the first place. But it appears they are starting to understand that cop justice only applies unconditionally to white cops, especially in Confederate states.

Black cops are frequently made the scapegoats and are far more likely to be arrested and tried for killing people than white cops (though they still get some level of immunity). Buchanan thought this caper would work because cops literally get away with murder everyday and get paid vacations for it. Cops are, by design, not very intelligent, and this episode just shines light on this deliberate agenda. But this was all pretty funny in the grand scheme of this police state known as USA.

Buchanan has not been arrested as of publishing.