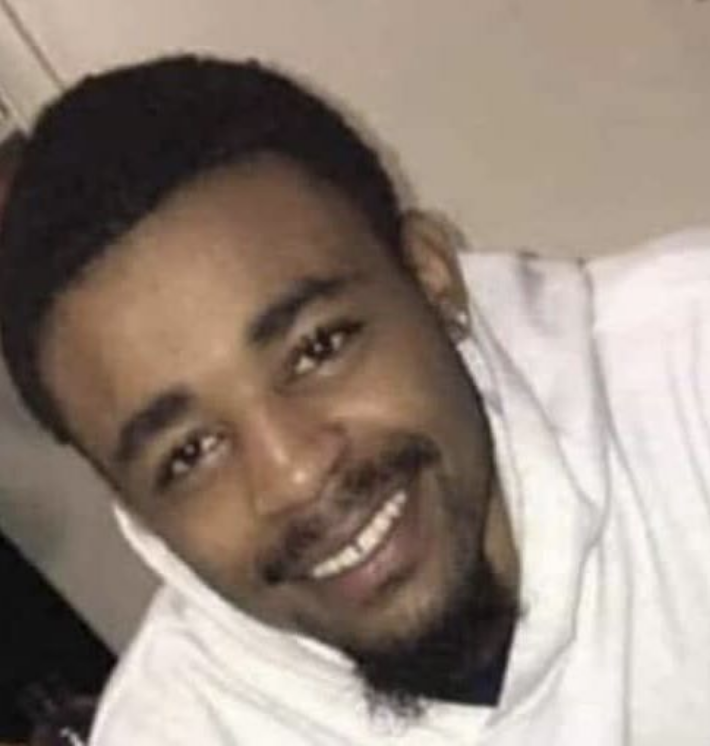 UPDATED August 7, 2019: RAW VIDEO shows Colorado Springs cops shooting Mr. Bailey in the back while he was running. Mr. Bailey also has no “gun” as these cops claimed. Cased closed. Again the U.S. Supreme Court has ruled it is illegal to shoot fleeing, unarmed suspects, but that does not matter in a lawless police state like the USA. A five months-plus “investigation,” along with five months of paid vacation for the killers, will happen regardless of the clear and convincing evidence herein. The names of the killers are also still being hidden by the City of Colorado Springs.

COLORADO SPRINGS — A 19-year-old man is dead and the feral pigs who killed him are calling it “morally outrageous” for people to report what they saw.

The incident took place this past Saturday, August 3 at about 6:45 p.m. when someone reported a robbery in the 2400 block of East Fountain Boulevard in Colorado Springs. City cops spotted Mr. De’Von Malik Bailey (also spelled “Devon” in some reports) and another man almost a half mile away from the reported robbery, around the 2100 block of Manitoba Drive near Memorial Park.

Colorado Springs cops used the proverbial “he reached for a gun” spiel, and shot Mr. Bailey several times, killing him instantly. The other man was arrested. The murderers were of course rewarded with paid vacations for the kill, aka “paid administrative leave.”

Watch a report from KOAA News 5 in Pueblo.

Several witnesses to the murder saw what can only be described as a summary execution by cops who know they will face no consequences. Elizabeth Powell told The Gazette in Colorado Springs that she was driving to pick up her kids from Adams Park when the cops stopped, got out of their car, and confronted Mr. Bailey and the other man. Mr. Bailey ran, and the cops shot him at least seven times in the back, according to Powell. She said Mr. Bailey was unarmed. Kara Garcia, another witness, also said Mr. Bailey was shot in the back.

Colorado Springs spokescop James Sokolik was upset about witnesses telling the truth as to what happened. He dismissed their reports as “incorrect information being put out on social media.” He also said he doesn’t know if the cops had body-cam video, and that Mr. Bailey was armed. Either the department has body cams or they don’t. But cops follow the same protocols that we’ve covered since 2007 – stall, deflect, and lie.

The El Paso County Sheriff’s Office – who have contradicted Colorado Springs cops by saying the killers did in fact have body cameras on – is handling the kangaroo investigation into the murder. It will last several months (as will the killers’ paid vacations) and the inevitable “justified” disposition will be reported sometime late this year or in early 2020.

Protestors gathered in front of Colorado Springs City Hall today to demand justice for their neighbor and family member.

Two white supremacists showed up to disrupt the protest, and flashed guns at protestors to try and scare them. Police somehow did not kill the violent terrorists. The two were reportedly arrested, ironically when Mr. Bailey, according to police, was killed for “having a gun.” White people’s Second Amendment rights are respected in the USA, while it is a crime for a black person to have a gun in the USA.

Mr. Bailey was the fifth person killed by Colorado Springs cops this year, with two others surviving being shot. It doesn’t even matter anymore that the U.S. Supreme Court ruled in the 1985 case of Tennessee v. Garner that it is illegal for cops to shoot fleeing suspects unless there is “good faith belief” the person poses a threat. Armed government thugs know they are protected by the Eleventh Amendment, know that they will get paid vacations for murder, and know that the copsucking community will worship them like gods unconditionally. There is simply too much incentive for already blood-thirsty people with badges NOT to kill.

The phony outrage in this country related to gun violence was exacerbated this weekend because of the incidents in Dayton, OH and El Paso, TX. Those acts rendered the murder of Mr. Bailey and at least seven other Americans killed by cops this past weekend by our count, back-page news. No amount of “mass shootings” equal the murder with impunity privileges thugs in cop costumes have enjoyed in this country since the 1800s. None of this is new to black Americans. The only things that are relatively new are smartphone cameras and internet. Thus these [mass] murders seem more frequent.

Further, all “gun control” has and always will be is white code for making firearms harder for black people to acquire. The white terrorists in cop costumes and white losers carrying out all these mass shootings already have guns. So-called “gun control” does not deter these people. Always remember Republican Governor Ronald Reagan signed the 1967 Mulford Act in California to ban open carry in the state. This move was done solely to disarm the Black Panther Party of Self-Defense. The Panthers had been defending themselves against white supremacist cops in the city. “Gun control” equals white supremacy, no matter how you slice it.

We’ll continue encouraging our brothers and sisters to arm themselves and be ready for anything in this imperial police state. Just be ready for offense too and not just defense. It’s just too painful anymore to keep reporting on our families being slaughtered like this, and nothing changes. That’s why we don’t publish near as many stories as we used to.

Mr. Bailey would have turned 20 years old later this month. Our thoughts are with the Bailey family.