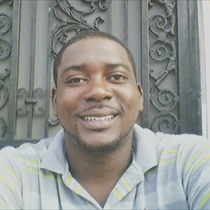 NEW ORLEANS — One man is dead and his brother shot and wounded, after New Orleans Police detained and opened fire on them.

What the New Orleans Police Department has officially termed a “pro-active” traffic stop, Mr. Justin Sipp, 20, and Mr. Earl Sipp, 23, were pulled over at 5:30 a.m. while driving to their jobs at Burger King in the Mid-City neighborhood. NOPD says New Orleans cop Jason Giroir pulled the brothers over for a “traffic violation,” but did not specify what that violation was.

Giroir called for backup because he said the two men wearing Burger King uniforms were “acting suspicious.” Police say two more cops, Anthony Mayfield and Michael Asevedo, arrived in response about eight minutes later. Earl text messaged his wife, Sawishi Jordan, during the stop to let her know where they were and to let Justin’s boss know he was running late because they were being detained.

The illegal DWB stop discovered that Earl, who was driving, had a suspended driver license. NOPD removed him from the car and handcuffed him. According to police, Justin “pulled a hand gun from his waistband” and began firing at them. Police say Giroir and Mayfield returned fire, killing Justin instantly and hitting Earl in the leg. 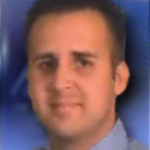 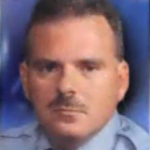 Police say Mayfield and Asevedo were shot several times in the back, spine, kidneys and rectum. Earl was treated and released from a hospital, without being charged in connection with all the flying bullets. And this is where the credibility of the police comes into question.

It is pertinent to point out that state-run media accounts of the shooting, following standard protocol, dug up every arrest the two young men have been made to endure, while simultaneously portraying New Orleans Police as heroes. Watch the following report from WWL CBS Channel 4 in New Orleans.

It appears, based on the arrest records of Earl and Justin, they have been frequently harassed by New Orleans Police. Several reports say Earl was charged by NOPD with armed robbery in November 2009, but the prosecutor refused to pursue the charges and released him from jail after weeks of imprisonment. Justin was arrested by NOPD for armed robbery in January 2010, but again, the prosecutor refused to pursue the case and the charges were dropped.  If Justin was armed and shot the cops yesterday, it would be justified based on the endless harassment the two brothers have endured for years at the hands of police. Regardless, the shooting itself and the credibility of the cops involved are highly suspect.

Somehow Giroir, the cop who called for backup, was the only human being on the scene to not be hit by a bullet. Some screenshots from Giroir’s now defunct Myspace page paint the picture of  a very unstable individual. Giroir writes that he is in law enforcement because he “has a chance to make a lot of money.” He also  admits that he does not always do “everything by the book” and lists his occupation as “Punisher.” 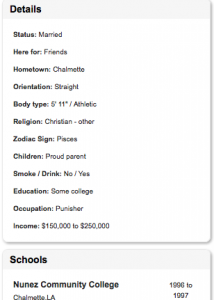 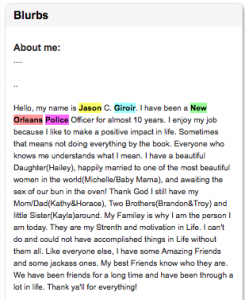 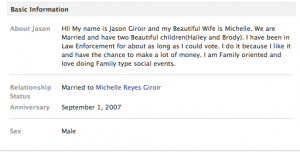 Mayfield, the other cop who fired upon the Sipp brothers, was named in the report of the now infamous Danzinger Bridge incident, which NOPD shot and killed 17-year-old James Brissette and 40-year-old Robert Madison in the aftermath of Hurricane Katrina. Five NOPD cops were convicted of federal civil rights crimes last year as a result, but sentencing has been repeatedly postponed, now scheduled for April. Two more New Orleans cops were sentenced in March 2011 for murdering another American in the aftermath of Katrina.

It is understandable [if] the Sipp brothers feared for their lives in the presence of this criminal organization, if things went down the way police say. However, the stop and detainment should have never happened in the first place.

Tiffany Champ, the Sipps’ older sister, said her little brother Justin worked full time, as did Earl, who also attends Southern University in New Orleans. She said the story police are telling doesn’t add up and the only thing media are talking about is all the arrests and prosecutions (harassment) her brothers have endured (but were ultimately exonerated) and not the fact her brother was murdered. Larry Champ, the Sipps’ brother, said Earl told him an entirely different story than the one police are pushing to the media. Earl also told his brother that Justin was “roughed up” by police before all the shooting started.

It is difficult to determine whether this was a clear 2nd Amendment case which Justin Sipp simply feared for his life and opened fire on a police force with a recent and brutal history towards the people of the community…or if the police are covering up yet another criminal act involving their own officers. It is not out of the realm of possibility that these cops had beef with one another and shot at each others, with the Sipps simply being caught in the cross hairs.

We’ll continue to follow this story as we obtain more information. Our thoughts are with the Sipp family.

We have now learned that Jason Giroir, one of the cops who fired the shots which ultimately killed Mr. Justin Sipp, was the “officer” who yanked a woman out of her car by her hair, pepper sprayed and punched her after a similar “routine traffic stop” back in April of 2006. The woman turned out to be Mrs. Jonie Pratt, the wife of Desmond Pratt, who was a 10-year veteran with the New Orleans Police Department. 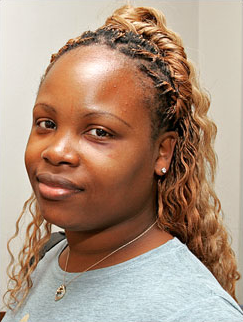 Giroir was also a named a defendant in another federal lawsuit filed by Mr. Rickey Barnes (3:03-CV-83) in 2008, alleging much of the same thuggery displayed in the Sipp murder and Pratt assault.

Meanwhile, New Orleans Police are now saying Mr. Justin Sipp fired 14 shots at them with his alleged .380 caliber pistol. They are also sticking by the tale they have conveyed to the public, except they’re now saying the two injured cops were shot “in the torso” instead of all the back/kidney shots reported earlier. The one fact that can firmly be established at this point, is that Giroir has absolutely no credibility and should have been imprisoned long ago. We will continue to update as we learn more.

Ronal Serpas, the spokescop for New Orleans Police, is now saying the Sipp brother were pulled over because of a “blown out license plate light.” Serpas told Fox 8 New Orleans that the license plate light outage was verified “forensically,” which may be the first time in history forensics were needed to determine whether a light was on or off. The cop continues, reiterating several times the “felon” label his employers placed on Mr. Justin Sipp, which in their minds justifies summary execution and arbitrary harassment.

It is unclear, pursuant to the U.S. Supreme Court decision in Brown v. Texas (1979), what crime the police suspected Justin Sipp was committing, which is the only legal justification for asking a passenger in a car for I.D. Serpas is also covering the cops’ actions, saying there is no way they shot each other, ruling out “friendly police fire.”

Serpas is also conveying to the public that Mr. Earl Sipp “cooperated” with police and said his brother gave them a fake name and carried a gun. But Earl’s lawyer, Glenn Woods, said his client was taken by police from the hospital right after surgery, still sedated, and questioned without a lawyer present. It has also been confirmed that the cars the cops were driving do not have dash cameras, so the real story can only be pieced together by common sense and the credibility of those involved. Still, we expect the murder of Justin and the shooting of Earl to be ruled “justified,” as is standard protocol in the USA at large.