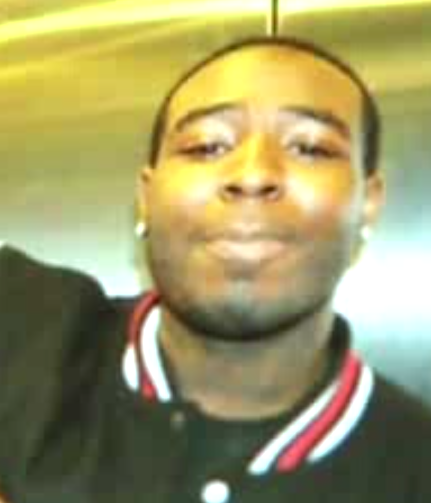 So much for the original “Berghardt attacked bikers” tale by Nevada and federal police.

The only press release the BLM lists on its website for February 20 is one about “Hikes Planned For Alabama Hills.” It’s still unclear why he was in the middle of the desert walking with luggage. We originally posited that Mr. Berghardt could have been kicked off the bus and left in the desert…or left behind some other way. His family told ABC 13 Action News in Las Vegas that he left Los Angeles on a bus for Henderson, Nevada on Wednesday, February 12. He was killed the subsequent Friday, February 14.

The statement by BLM, according to several outlets, also confirms both federal cops fired their guns during the execution. Believe it or not, its relatively rare for federal police to be involved in these kind of police-kill-Americans incidents.

Its becoming obvious that Mr. Berghardt was simply “lynched” by these cops. There was absolutely no reason to pepper spray and Taser this man in the first place, other than to punitively punish him to satisfy personal cravings. The U.S. is so incredibly unsafe for black men. Random white folks can say they “fear for their lives” and shoot you; and cops can do it for whatever reason they choose.

Its open season brothers. D’Andre’s soul is now free, and it won’t be in vain. The time is coming.

RED ROCK CANYON, NEVADA — A 20-year-old Los Angeles man who took a Greyhound bus to Nevada to see his brother never made it due to cop thuggery…and it was all caught on tape.

The murder took place last Friday just before noon. Nevada Highway Patrol said they received a call from two bikers who alleged Mr. D’Andre Berghardt, Jr. attacked them. Its unclear why Mr. Berghardt was walking with all his luggage in the desert (one possibility is that he was jettisoned from the bus in mid-trip). Two federal Bureau of Land Management (BLM) cops and one from the highway patrol showed up. A seven minute video recorded by bystanders chronicled the entire incident.

The cops continually provoked Mr. Berghardt, appearing to shove and poke at him with their fingers. They then pepper sprayed the young man for no apparent reason. You can hear the two men recording the video saying things like “why don’t they just cuff him” and “it doesn’t look like he’s being erratic.” After being pepper sprayed it appears Mr. Berghardt began fearing for his life and simply wanted to get away from the thugs, whom he sensed wanted blood in typical cop fashion.

It appears Mr. Berghardt first tried to get into the vehicle of a bystander so they could potentially drive him to safety. The cops again tackled and put him on the ground, but did not cuff him or arrest him, seemingly wanting him to fight back. Mr. Berghardt, it appears, felt enough was enough, and tried to then get into the highway patrol car and drive off in it to try and save his life.

That’s when one of the BLM cops fired nine bullets at Mr. Berghardt, killing him instantly. Neither cop organization has released their standard press release lies as of yet, but its safe to say the murderer and the two cohorts were rewarded for the kill with paid vacations, aka “paid administrative leave.”

Here is the video for you to see for yourself.

Mr. Berghardt had been living with and supporting his mother and aunt in Los Angeles. The latter is suffering from stage four cancer, Tracy Meadows, his mother, told KTNV 13 in Las Vegas. Adrian Meadows, D’Andre’s brother, described his now-deceased sibling as “big with tattoos.” He said the cops likely pre-judged him based on his looks. The two men who filmed the murder agreed, calling the incident “redneck justice.”

Las Vegas Police, by far one of the most corrupt departments in the USA, will do the kangaroo “investigation.” Despite the video, a “justified” disposition is inevitable, in accordance with U.S. police state policy.

Our thoughts are with Mr. Berghardt’s family.