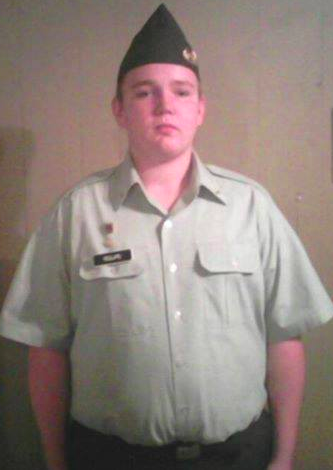 UPDATE February 19: The OP-NAT EYE has learned the name of the killer cop: Beth Daniel-Gatny, aka Nancy B. Gatny.

We tried to confirm this with the Euharlee Police, but were told that information is not being made available. But there are only two female cops on the force and Gatny’s photo has been removed from the Euharlee Police website (note: Euharlee Police website has been completely removed from the web as of November 28, 2018). She also had a Facebook page that was taken down. A cached screenshot from a Facebook note she wrote, however, suggests she’s on psychiatric medication and not mentally stable.

We will continue to update as we learn more.

EUHARLEE, GA — A 17-year-old young man set to graduate high school in a few months and join the Marines, is now dead because a cop felt a Nintendo Wii controller was threatening.

This horrific murder took place around 7:35 p.m. this past Friday night in Euharlee – a small town of about 4,000 residents in Northwest Georgia. A press release by Euharlee cops says two of their employees showed up at 937 Euharlee Road, Lot 5 to “serve probation violation warrants.” Cops said Mr. Christopher “Bubba” Roupe, 17, and who was not the subject of the warrants, “opened the door with a hand gun pointed at” them.

The female cop at the scene fired a single bullet into Mr. Roupe’s chest. The Daily Tribune News reported that the young man survived the initial shot, but bled to death waiting for paramedics to arrive. Both the killer cop and the one accompanying her were rewarded for the kill with paid vacations, aka “paid administrative leave.”

Renee Vance, the aunt of Mr. Roupe, left a lengthy comment on another websites forum in regards to the murder of her nephew. Mr. Roupe apparently had a Wii controller in his hand because he was getting ready to watch a movie when the cops showed up. He asked “who is it?” when the cops knocked on the door, but nobody responded, according to Vance.

The female cop already had her gun drawn when Mr. Roupe opened the door and gave him no warning to drop the [controller]. The 13-year-old sister of Mr. Roupe, who was crying, went to hug and/or comfort her dying brother when the female cop pointed the gun at her and told her to “shut up.”

Typical U.S. police state protocols are now being followed. An autopsy is being performed to “determine the cause of death” even though we already know a police thug’s bullet ended this young man’s life. The kangaroo “investigation” is being handled by the Georgia Bureau of Investigations. Expect the inevitable “justified” disposition within a month or so.

A Facebook page has been set up by Mr. Roupe’s family to honor their beloved son, brother and friend. Our thoughts are with the Roupe family.