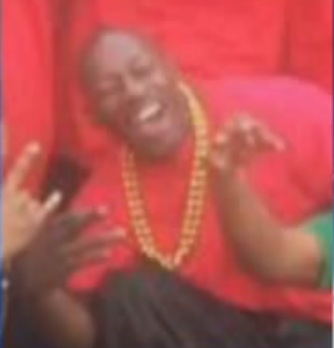 BALDWIN, LA — A man went to his local police department to check on a restraining order filed against him, and ended up dead after a Confederate-style execution.

Mr. Damon “Poppo” Abraham arrived at the Baldwin Police station with his sister Thursday afternoon, but was told by employees there he had “outstanding warrants.” Mr. Abraham, fearing for his life knowing he would be locked in a cage for arbitrary “crimes,” took off running. One of Baldwin’s cops, whose name is being protected by the city, got close enough to Mr. Abraham, 33, to shoot him with a Taser.

Mr. Abraham, according to witnesses, was then handcuffed and electrocuted three more time with the device and beaten severely with a baton. Showing obvious physical signs of distress, Mr. Abraham was transported first to Franklin Foundation Hospital for stabilization, and died shortly thereafter while being transported to a Lafayette hospital. The killer was rewarded with a paid vacation, aka “paid administrative leave.”

Watch a report from KLFY CBS 10 Eyewitness News in Lafayette.

The Louisiana State Police are handling the kangaroo investigation of the murder, which will inevitably be ruled “justified.” Baldwin police are now saying Mr. Abraham may have been on narcotics which may be the reason for his death. However, witnesses and family members are consistently telling the same story of a brutal beating and several Taser shots.

“How can [you] receive a broken jar closed eye and head injuries from a Taser,” Jajuan “Fish” Abraham, Damon’s nephew, said via Facebook. “And let’s not forget [they dragged him] to the car like you drag a dead dog with a collar,” he said.

Mr. Abraham leaves behind a son and daughter who will now grow up without a father. Our thoughts are with the Abraham family.