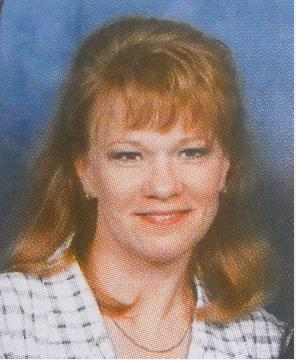 A small victory for Americans and the Cook family today. The killer was convicted of voluntary manslaughter, involuntary manslaughter, and  shooting into an occupied vehicle causing death. He was sentenced to 12 months in prison for each count by a Culpeper County judge, for a total of three years in prison. The killer will get credit for 104 days already served during pre-trial proceedings.

Though any of us would have been given a death sentence or life imprisonment, this is really all Americans and the Cook family could ask for. This is actually a relatively long sentence for a cop who murders under color of state law. There is still a $5.35 million wrongful death lawsuit pending as well.

The only explanation for this one is that the killer cop must have recently been dumped by a woman…which caused him to murder any woman he could for revenge.

This latest execution of an American by police thugs happened last Thursday morning around 10 a.m. in Culpeper, VA – a town of about 10,000, 70 miles southwest of Washington, D.C. Virginia State Police say the Culpeper police “officer,” whose name is being protected by the state thus far, responded to a suspicious person report at Epiphany Catholic School.

According to police, 54-year-old Patricia Cook was sitting in her Jeep in the parking lot when the cop approached. She was getting her driver license when she “quickly closed the driver side window and trapped the officer’s arm,” according to police.The cop says he was “dragged” by the moving vehicle, so he ordered Mrs. Cook to stop the car. According to police, she did not comply, which prompted the killer to shoot Mrs. Cook at point-blank range, killing her instantly. The cop was rewarded with a paid vacation, aka “paid administrative leave.”

Of course, the tale police are telling is being contradicted by eyewitness accounts of the murder. Watch a report from WTTG Fox 5 in Washington, DC.

According to witness Kyle Buchele, Mrs. Cook was murdered because she did not obey an “order” from the cop to stop rolling up her window. Buchele also said Mrs. Cook was shot through the driver side glass and that the cop fired five more times at the moving car, after Mrs. Cook was already dead. The car crashed a few yards away from the church.

Mr. Gary Cook, Patricia’s widower, remembers his wife as someone very active at Culpeper United Methodist Church, especially with Sunday School and the children’s ministry. She is originally from Illinois and the two were married for eight years.

A kangaroo investigation is being conducted by Virginia Police people, so the inevitable “justified” murder conclusion should be forthcoming in due time. We will update this story if we learn more about the killer cop and the reasons why he murdered an unarmed woman.

Our thoughts are with the Cook family.