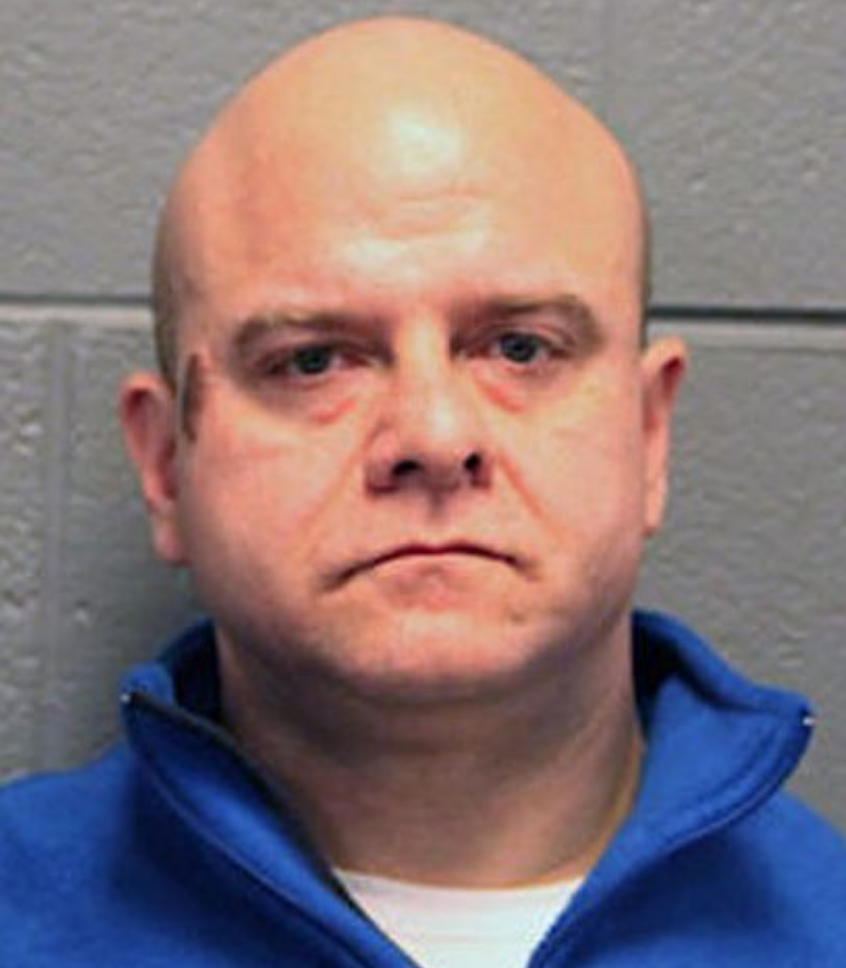 CHICAGO — It was only a matter of time, based on this guy’s history, before he was fired and discovered for who and what he is. But all his previous, petty sociopath behavior will be long forgotten about after today.

Cook County Sheriff’s Deputy Luke Hatzipetros was “de-deputized” by Cook County on Friday. He had been with the department for 18 years. Hatzipetros, 43, turned himself in to Chicago Police on Saturday after being charged with several crimes related to sexual assault of two girls; one aged 14 and the other 12.

The first crimes occurred on December 13 when Hatzipetros repeatedly entered the bedroom of his girlfriend’s 14-year-old daughter and fondled her while he thought she was sleep. Two younger siblings were asleep in the same bedroom when he committed the crimes, according to the Cook County Attorney’s Office. The pedo-cop repeated his disgusting acts the following night.

The pedophile cop made his initial appearance yesterday at the Leighton Criminal Court and was ordered to jail without bond. Keep in mind this is the same cop who was involved in that very strange eviction case in 2014. A disabled, 59-year-old woman was unlawfully kicked out of her apartment despite a judge ruling in her favor. Hatzipetros and his brother-in-law were listed as the plaintiff landlords in the case. This created myriad conflicts of interest since the Cook County Sheriff’s Office enforces evictions in the jurisdiction where it happened. Hatzipetros also sued the Cook County Sheriff’s Office while he was employed as a cop, claiming he was denied promotions because of his “political affiliations.” Needless to say, the case was dismissed in 2014.

Hatzipetros is still on the payroll of the Cook County Sheriff’s Office for the time being. But a spokesperson for the office said this is only because of collective bargaining and she expects him to be suspended without pay in the coming weeks.