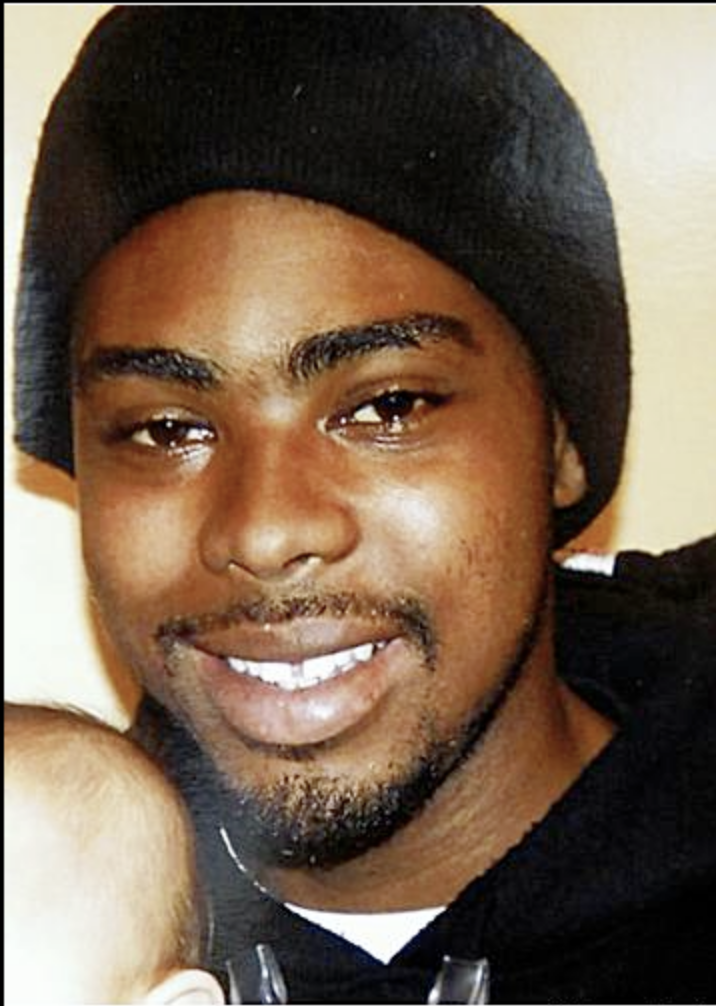 OAKLAND — It was Christmas Day 2008 when the whole [much younger] OP-NAT crew was still based in the Phoenix metro area. We were all sitting in my living room watching the Steve Nash/Amar’e Stoudemire Suns versus Tim Duncan’s Spurs. Everyone in the house (except our beloved general) were die-hard Suns fans. Everyone was ecstatic and high-fiving after the Suns took a two-point lead with 4.3 seconds left in the game. Then this happened:

A collective “AAAAAAHHHHHHH” rang out in the room, except from that aforementioned dissident who fell off the couch laughing. We started throwing popcorn at him and telling him to shut up. Six days later, the crew got together again and rang in the New Year on Mill Avenue in downtown Tempe. New Year’s Eve 2008-09 was the last time all of us would ever be together in one place again. Fun, fun times.

That was all 10 years ago. All of us have grown from “protestors” to soldiers in that time because society gave us no choice. We thought the death of our Brother Oscar Grant 10 years ago today would create a tidal wave of black nationalism. For a moment there, it looked like black people were ready to die for freedom and liberty versus begging white people for crumbs like we have for 400 years. Unfortunately the momentum from Oscar’s death was, predictably, halted by one of our own.

It was 2:15 a.m. Oakland time on January 1, 2009, 10 years ago today, when 22-year-old Oscar Grant and several of his friends were winding down their New Year’s Eve festivities. They were catching the Bay Area Transit (BART) train home when a fight broke out with a bunch of drunk people at the Fruitvale Station (I mean, it was New Year’s Eve after all). BART bitches with guns and badges – Johannes Mehserle and Tony Pirone – showed up and escalated what was already a bad situation with drunk New Year’s Eve folks everywhere.

Mr. Grant was already lying on the ground when Pirone kneeled down and called him “bitch ass nigger.” Pirone shoved his knee into Mr. Grant’s back, who was pleading with the cops not to Taser him. Instead Mehserle pulled out his gun and shot Mr. Grant in the back of the head. Everyone has seen the video by now.

But it was not until January 23 when KTVU Channel 2 broadcast the video on live TV. All hell broke loose from there. We published an article on January 26: Death Penalty Immediately For Johannes Mehserle. We started communicating with several Oakland-area brothers and sisters who were fed up with this white supremacist society and us being the Charlie Brown people of America. No more marching. No more “we shall overcome.” It was time to stop being afraid and be willing to die for what we believe in.

I’d never met Mr. Grant in my life. But when I watched those thugs in badges kill that young man like that, and read all the “nigger deserved it” and “good job officer” comments from white radical extremists all over the internet, all bets were off. That could have easily been me, my brother, my cousin, my son, my nephew, my father, or anyone else I loved.

I bought my first gun in February 2009, and my second one the following month. Brothers who had been in the U.S. military began holding shooting clinics out in the Arizona desert for black people. This was kind of the precursor for the National African American Gun Association (NAAGA). All of us were learning what our former military brothers had been taught, except we were fighting for us, not for Israel, oil, and fallacious “patriotism.”

The white piece of shit that murdered Mr. Grant of course got off with a slap on the wrist because it always has been and always will be legal for white people to murder black people in the United States. But black people at least started taking a stand in Oakland and beyond after Oscar was essentially lynched.

The brother and martyr Lovelle Mixon is our modern-day Nat Turner. He was tired of white cops and “probation officers” harassing him daily and acting as if they owned him. He set the example when he put four Oakland pigs to sleep with his AK-47 two months after Oscar’s death. We covered the brother’s bravery and courage extensively. We also wrote an exhaustive expose on the most corrupt, criminal thug organization in the USA at the time – the Oakland Police Department.

The brother Maurice Clemmons also earned his Charles Deslonde stripes when he also said fuck it. The brother put four Lakewood, WA feral pigs to sleep in November of that year. Of course that was only three weeks after Christopher John Monfort killed a Seattle cop. Then of course there was the Brother and martyr Omar Thornton. He grew tired of racist BS at his workplace. He killed eight white racists who harassed him daily at Hartford Distributors in Manchester, Conn. the following summer. The 911 call is absolutely legendary and beautiful.

Brother Omar voluntarily left this Biblical Hell called Earth thereafter, but left his mark in spectacular fashion. We wrote about this growing Nubian Nationalism in 2011. It seemed Brother Oscar’s death sparked something in black people that we hadn’t seen since the 1800s. We had summoned that “they’re going to kill us anyway so let’s die fighting” mentality that helped us execute hundreds of rebellions in the 18th and 19th centuries that white history books do not and will not mention. We even had a black President who, if nothing else, provided visual, symbolic motivation for the black masses. But Mr. Obama’s motivations soon became the biggest detriment to our resurrection.

When the brother Mike Brown was killed by that feral white pig in Ferguson, Missouri in 2014, it was the tipping point where black people started completely divesting from this system and realizing that separation from white people was the only sensible solution. The Ferguson brothers were hard-core black soldiers and revolutionaries. It was a thing of beauty. That is until that well-funded, homosexual negro Deray started showing up, screaming “Black Lives Matter,” and commencing his emasculation agenda.

The brother Darren Seals, who was on the front lines in Ferguson until his martyrdom under very mysterious circumstances in 2016 (though not really; we know what happened), told us about how all these effeminate black dudes and homosexual black women started showing up in Ferguson and castrating the momentum.

“Black Lives Matter” is simply a true statement; a complete sentence with true meaning. #BlackLivesMatter is a white liberal homosexual front group that made Deray and his three black homosexual female friends untold amounts of money and advanced a strange agenda to vulnerable black minds. It also destroyed all the national momentum black people had built since Brother Oscar’s death.

Many black folks in America just want to live in peace. That unfortunately to many means latching on to some white culture to fit in and get a paycheck, versus fighting for your manhood and womanhood. White liberals of course love their gay, weak, acquiescent negroes and put them on perches. Its the same playbook white Trump-types use with all those black coons like David Clarke and Candace Owens. Both left and right white shun any black people who start talking real about…black people. President Obama disseminated the destructiveness of left-wing white supremacy, even having the nerve to try and tell African premieres to prioritize homosexuality over economic stability and prosperity.

It frankly makes no sense that so many right wing white people hate Obama. He essentially turned a big chunk of black American men into a bunch of pansies, while encouraging black women to be with other women. Obama did the white supremacists work for them in further burying blackness in America, just like he destroyed Libya, Syria, and Yemen for his white masters in Israel and Britain.

There are three indisputable facts about black people that are simply inconvenient and uncomfortable for black people who like their roles as pet liberals or pet conservatives:

The only statistic that has positively correlated with so-called integration is FAR HIGHER incarceration rates for black people. The root of black prosperity is the black family. That is gone and that’s why the state of Black America is what it is. We’d hoped Oscar’s horrific death would finally get us back on the track like the 1960s, with leaders like Malcolm and Huey for enforcement, and MLK for balance. It was working for a minutes there. Thanks Obama for destroying it.

Loving black people as I do, and vehemently opposing radical white extremists and white supremacist enforcers (cops) is a healthy way to live. But how many more Oscar Grant’s do there have to be before black people understand and accept what this world is? Oscar was the first “hashtag.” Now I can rattle off several without even using Google: #TrayvonMartin #TamirRice #EricGarner #MikeBrown #SandraBland etc.

Nobody has ever begged their way to dignity, freedom, and liberty. But being a soldier does not mean hatred. Hell, Anna and Heidi are my comrades. We’d all die for one another. We also understand and respect each other’s individual and global plights, and fight for them from one rabbit hole.

2019 is likely to be a re-run for black people, just as most of the last 400 years have been re-runs. But we’ll never forget our fallen ancestors and will continually feed off their spirits. Much love Brother Oscar Grant and Happy New Year to all!