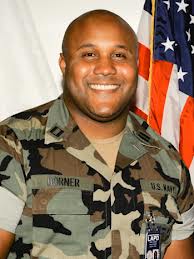 Though cop-apologists and American zombies will refuse to read the entire Christopher Dorner Manifesto, unedited and unredacted, those who want the full story will discover an honorable human being who tried to bring credibility to a profession that needs to be completely eliminated from American society.

Zombies all across the internet (anonymously of course) continue referring to Mr. Dorner as a murderer and “deranged,” while giving “atta-boys” and “good job officer” compliments to police thugs all across the country who murder, rape, and assault Americans daily. You don’t need Mr. Dorner’s manifesto to paint a picture of an incredibly genocidal “police” department that has continually terrorized unwitting Los Angelinos since it came into existence in 1869.  Interestingly, the Wikipedia cop-suckers have not been able to scrub the LAPD Wikipedia page of the truth  as of publishing (the screenshot is too big to display here, but those who cannot download it, the first sentence read, “The Los Angeles Police Department (LAPD) is the highly corrupt police department of the City of Los Angeles, California.”).

For those of you unfamiliar with the story, Mr. Dorner, 33, was an officer with the LAPD until he was fired in 2008 for reporting to his supervisors a female officer who kicked a homeless man in the face several times for no apparent reason. A veteran of the U.S. Navy and graduate of Southern Utah University, Mr. Dorner would quickly learn what many of us already knew: that honor and integrity are frowned upon in police departments and will get you fired. Other cops in the department lied for the female thug cop, and Dorner was fired for “making false accusations.” He went through every administrative and judicial channel he could, only to realize this system is not one of “justice” as claimed, but one of corruption and perpetual fascism. He has since killed a few L.A. cops and some of their sympathizers, realizing the only way he was going to get justice is taking matters into his own hands.

Trigger-happy L.A. cops have since shot two Asian or Latina women who they “mistakenly identified” as the 6-foot tall, 270 pound Dorner. The women, who were delivering newspapers Thursday morning  around 5:30 a.m., were both taken to the hospital with gunshot wounds to the back and hands. From all accounts, one of the women is in her 70s and the other in her 40s. Torrance cops recklessly shot up another vehicle they say “looked like” Dorner’s about 30 minutes later. Mr. David Perdue, who was going out to surf before work, luckily avoided being murdered. Perdue’s truck is a completely different make, model, and color of Dorner’s truck…and Perdue is white. Neither Piers Morgan nor Barack Obama have called for disarming reckless, trigger-happy cops after opening fire on innocent people, as of publishing.

Here are some of the more telling and interesting quotes from Mr. Dorner’s manifesto, which shows his human side, his honor and integrity:

In 8/07 I reported an officer (Ofcr. Teresa Evans/now a Sergeant), for kicking a suspect (excessive force) during a Use of Force while I was assigned as a patrol officer at LAPD’s Harbor Division. While cuffing the suspect, (Christopher Gettler), Evans kicked the suspect twice in the chest and once in the face. The kick to the face left a visible injury on the left cheek below the eye. Unfortunately after reporting it to supervisors and investigated by PSB (internal affairs investigator Det. Villanueva/Gallegos), nothing was done. I had broken their supposed “Blue Line”.

Journalist, I want you to investigate every location I resided in growing up. Find any incidents where I was ever accused of being a bully. You won’t, because it doesn’t exist. It’s not in my DNA. Never was. I was the only black kid in each of my elementary school classes from first grade to seventh grade in junior high and any instances where I was disciplined for fighting was in response to fellow students provoking common childhood schoolyard fights, or calling me a nigger or other derogatory racial names. I grew up in neighborhoods where blacks make up less than 1%. My first recollection of racism was in the first grade at Norwalk Christian elementary school in Norwalk, CA. A fellow student, Jim Armstrong if I can recall, called me a nigger on the playground. My response was swift and non-lethal. I struck him fast and hard with a punch an kick. He cried and reported it to a teacher. The teacher reported it to the principal. The principal swatted Jim for using a derogatory word toward me. He then for some unknown reason swatted me for striking Jim in response to him calling me a nigger. He stated as good Christians we are to turn the other cheek as Jesus did. Problem is, I’m not a fucking Christian and that old book, made of fiction and limited non-fiction, called the bible, never once stated Jesus was called a nigger. How dare you swat me for standing up for my rights for demanding that I be treated as a equal human being. That day I made a life decision that i will not tolerate racial derogatory terms spoken to me. Unfortunately I was swatted multiple times for the same exact reason up until junior high. Terminating me for telling the truth of a caucasian officer kicking a mentally ill man is disgusting. Don’t ever call me a fucking bully.

From 2/05 to 1/09 I saw some of the most vile things humans can inflict on others as a police officer in Los Angeles. Unfortunately, it wasn’t in the streets of LA. It was in the confounds of LAPD police stations and shops (cruisers). The enemy combatants in LA are not the citizens and suspects, it’s the police officers.

Terminating officers because they expose a culture of lying, racism (from the academy), and excessive use of force will immediately change. PSB can not police their own and that has been proven. The blue line will forever be severed and a cultural change will be implanted. You have awoken a sleeping giant.

The more I read about this man, the more I respect him. Since cops use all resources to track down people who hurt their “boys,” Mr. Dorner will likely have his soul set free by coup de grace sooner rather than later. Media and government will make this man sound like a monster, but he’s nothing even close to that. He is government’s worst enemy, a la Bradley Manning, Julian Assange, and other brave individuals willing to put their lives on the line for justice.

LAPD murdered the cousin of the OP-NAT EYE‘s owner and EIC last year, and murdered one of our bloggers two years ago. You reap what you sow, LAPD. We wish Mr. Dorner all the best. Your soul will be free soon brother.

UPDATE: LAPD now says it will “re-open” the case that led to Mr. Dorner being fired in 2009. Of course the “investigation” will be done by the same LA cops who did it before. In other words, it is simply a charade to distract from the fact these thugs have almost killed three people already trying to “apprehend” Dorner.

LAPD are so simple-minded, they are still searching the mountain for Dorner. This man is obviously five steps ahead of the Keystone thugs. An amateur can figure out the burnt truck that belonged to Dorner was a decoy to get the cops off his trail. Mr. Dorner has had almost five years to plan this whole thing. He’s not dumb, obviously, and will get his story heard one way or another.

UPDATE: LAPD says it will give a new truck to the two women whose truck they recklessly shot up and almost killed. This is obviously a really poor attempt to prevent a multi-million dollar lawsuit and continue to hide the name of the reckless cops who almost killed these women.

UPDATE: As of right now, the San Bernardino County Sheriff’s Office has not confirmed anything, except that they “believe” Mr. Dorner is in a cabin in Big Bear, California that they set on fire. What is confirmed if that Dorner got two more California cops; one injured and one dead, according to Fox LA. The cabin is still on fire, and cops say they will just let it burn to the ground; and basically hope Dorner is in there.

Meanwhile, a second former Los Angeles police officer named Joe Jones wrote a similar manifesto today (which was posted on his Facebook page, but his page is apparently inactive now). Mr. Jones, who is also black, said he sympathized with Dorner because he was basically forced to quit the LAPD due to the same rampant racism and good ‘ol boy system. State-run U.S. media continue to focus on the cops Dorner killed; but refuse to talk about the two women LAPD almost murdered and the man Torrance cops almost murdered “accidentally” in their so-called search for Dorner.