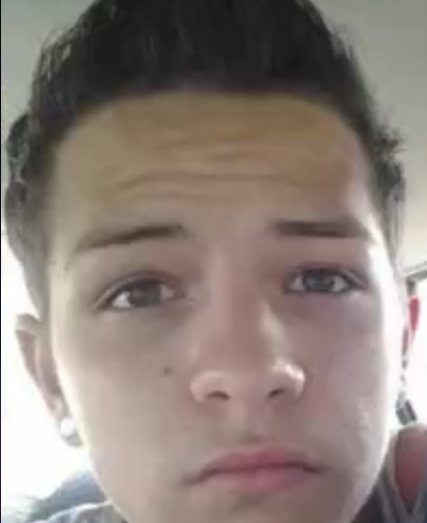 UPDATE: The killer cop has been identified as Byron Vassey of the Southport Police Department. He reportedly shot and killed Mr. Vidal 70 seconds after he arrived on the scene. Vassey was rewarded for the kill with a paid vacation, aka “paid administrative leave.” Boiling Spring Lakes cop John Thomas was the first to show up on the scene. Brunswick County Deputy Samantha Lewis was the second to arrive before the killer showed up. The family said the first two cops had the situation under control before Vassey showed up and immediately committed the murder.

BOILING SPRING LAKES — A young man is dead after his family called police for help with an escalating episode Sunday afternoon on the 1100 block of President Drive.

Mark Wilsey told WECT Channel 6 in Wilmington his 18-year-old son, Mr. Keith Vidal, had a screwdriver in his hand so he called police for assistance. A Boiling Spring Lakes cop, along with a Brunswick County Sheriff’s Deputy arrived and apparently gained control of the situation. But a third cop from nearby Southport showed up and immediately electrocuted the 90-pound Mr. Vidal with his Taser.

WBTV Channel 3 in Charlotte reported that police said “we don’t have time for this” as two cops held Mr. Vidal to the ground. The Southport cop shot Vidal in the chest while he was being restrained, killing him instantly, according to Mr. Wilsey, via WWAY Channel 3 in Wilmington.

We fully expect an elaborate story by state authorities to justify the murder. Brunswick County District Attorney Jon David and the State Bureau of Investigation will lead the kangaroo administrative proceedings that will inevitably clear the killer cop of murder.

Mr. Vidal’s family, including his mother, witnessed what they described as the “cold blooded murder” of their son. We will update the story as more details come in.