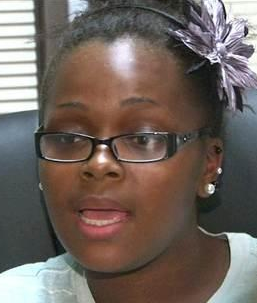 Wichita abortion doctor George Tiller was serving as an usher at church when he was gunned down in cold blood by a pro-life advocate in May of 2009.

Richard M. Jones, the Harvey, Illinois cop who “without cause, threw [pregnant 17-year-old Kwamesha Sharp] to the ground, rolled her onto her back and rammed his knee into her stomach” need not worry about suffering the same fate.

A second amended complaint was filed in the case of Sharp vs. City Of Harvey on November 6 in the U.S. District Court of Northern Illinois. The suit alleges that the actions of Jones cause Ms. Sharp to have a miscarriage two weeks later.

The Harvey City Attorney said Jones “did not use any inappropriate force” and claimed Ms. Sharp was “hitting and kicking” Jones.

The savagery displayed here isn’t the story, as this is typical police state policy in America. The interesting part of all this: not one peep by pro-life groups about the cop-induced abortion. But did anyone really expect this crowd to come to the defense of a young black American girl named Kwamesha?

Not to mention, these cops are unconditional heroes not only to the pro-life crowd, but also their counterparts on the pro-choice side.

Odds are this case settles out of court before trial. But hypocrisy prevails once again in American politics.