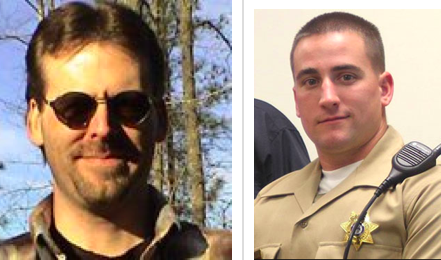 The dead cop is white as well. There has thus been no ad nauseum coverage and calls for war in state-run media and their cop gods because of it. This killing apparently does not fit the narrative.

Another cop was killed last night in Florida: Tarpon Springs cop Charles Kondek. Details are still few and far between. But Tarpon Springs is 90 percent white and also has a large Greek population. Its evident the shooter is white.

The fact remains that when cops are killed by Americans, the killers are far more likely to be white. But the rhetoric typically revolves around “isolated incident” and “lone gunman” when state-run media write about it. A few hours after Ismaaiyl Brinsley killed two NYPD cops Saturday afternoon, the police union chief there upped the ante, calling his paramilitary mercenaries a “wartime police department.” Brinsley is black AND Muslim. The white public blamed Al Sharpton, Barack Obama, Eric Holder, and any other black man in a powerful position for what happened. Contrarily Rush Limbaugh, John Boehner, Mitch McConnell, and other random white people’s names never come up when white people kill police.

There have been at least six incidents of cops being killed by Americans this year. Despite copsucker phony rhetoric, its very rare for this to happen simply because of how inert Americans are and how a good majority still worship cops like gods. But let’s take a look at a few of these dead cop instances in 2014.

It was June 8 when Jared and Amanda Miller, a husband and wife team, killed two Las Vegas cops: Igor Soldo and Alyn Beck. State-run media labeled them as “white supremacists” and “Nazis,” but the rhetoric pretty much stopped there. Despite the attempted smear campaign, the couple was simply two Americans fed up with the police state. They martyred themselves before being taken to concentration camps.

The whole Cliven Bundy saga was going on a few miles away, but state-run media and police did not call for all-out war on right-wing militias. State-run media and copsucking websites mocked the couple for a few days, but the story faded from there.

Calm Before The Storm

Does a tree make any noise if it falls without anyone seeing it? This case epitomizes that long-held proposition.

It was Saturday, September 13 when Monroe County, Georgia cops responded to an alleged “attempted suicide.” Christopher Calmer shot Michael Norris in the head and hit another cop, Jeff Wilson. The latter survived. It was interesting how a local Macon, Georgia newspaper actually tried to humanize Calmer, saying he was in “chronic pain” and had “debilitating migraines.” In other words, they were saying Calmer was not to blame.

Calmer is currently in a concentration camp facing several charges, including murder and attempted murder.

One day before Calmer killed a cop in Georgia (September 12), Eric Frein camped outside a station for Pennsylvania State cops. Using his sniper ability, he took out cop Bryon Dickson with a .308 rifle and seriously wounded Alex Douglass. The latter survived.

Frein was placed on an FBI most-wanted list and had upwards of 1,000 cops searching for him. They caught up to him 28 days later on October 30, beat him, and arrested him. He’s now facing various charges, including murder.

The Frein story is about the only one to generate sustained national media attention. But this isn’t surprising. White-on-white crime is simply not sexy to talk about in state-run media. Every dead cop herein was white.

This government simply has to realize that people, no matter their race, aren’t going to continue allowing cops to murder, rape, rob, and assault with impunity. These types of things wouldn’t happen at all if murderers wearing badges and cop costumes were treated the same as all other murderers. But again these killers are protected by both Eleventh Amendment immunity and a surreal divinity granted to them by a good majority of Americans.

We’ll be updating this story when the white shooter in Tarpon Springs, Florida is identified. 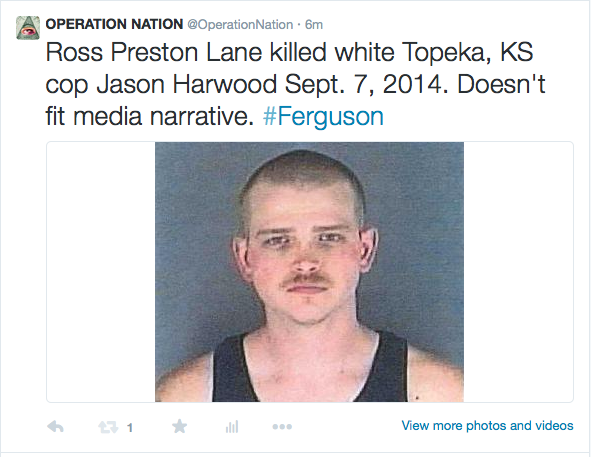 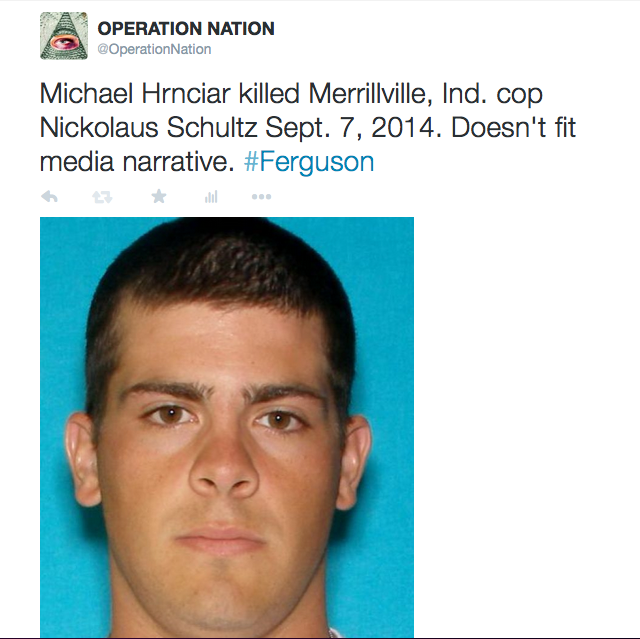 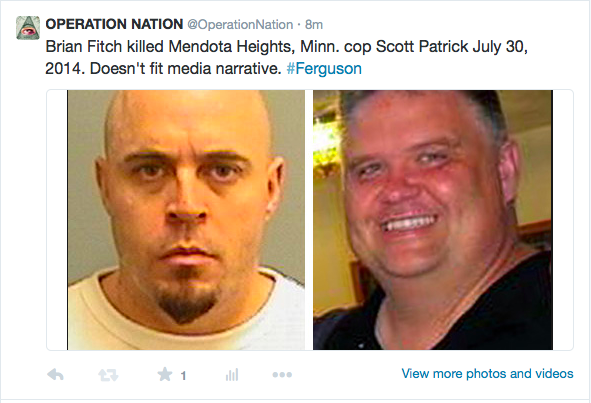 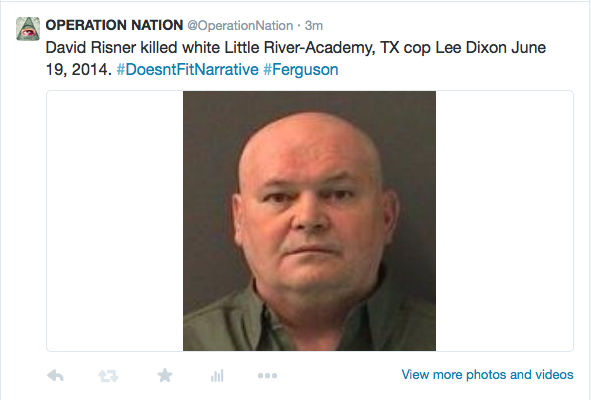 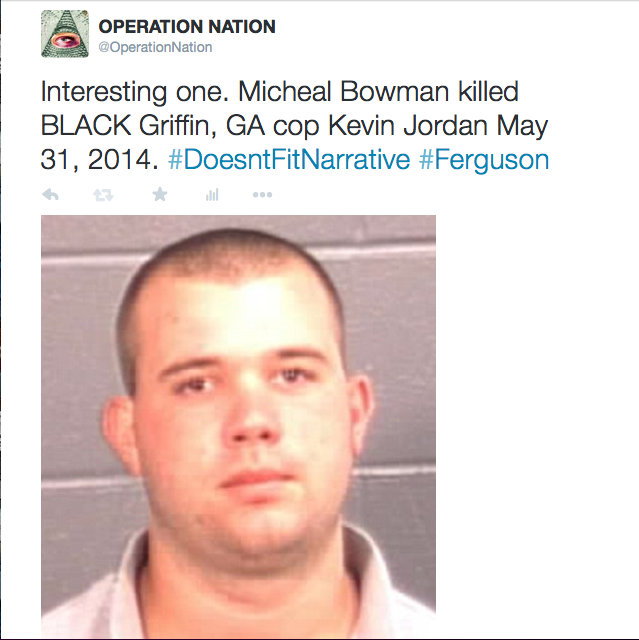 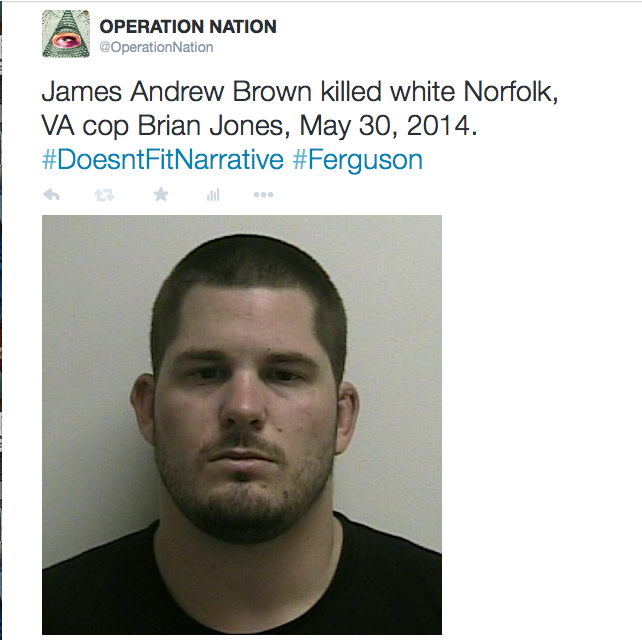