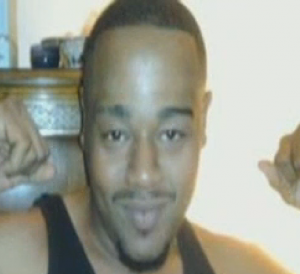 What also does not matter to Euro-Americans and the imperial government of the Federal Corporation of the United States is the obvious malice involved in this case. The killer cop, Staller, struck an alleged “suspect” with his cop car back in January 2011. The victim suffered a broken ankle as a result. The individual who was struck told another cop he had been run over by Staller. When Staller was confronted with this, he said “suspects lie all the time” and denied the assault, according to the Dallas Morning News. When Staller was shown dash-cam video of the incident, he then changed his story: “I screwed up…I should not have done that.” He was suspended for 20 days (we believe without pay) in March/April 2012 after Assistant Chief Vince Golbeck called the incident “very disturbing.”

Fast forward one year and Staller was once again terrorizing the public. He showed at an apartment complex just after midnight on Sunday, March 10, responding to a “major disturbance,” according to NBC 5 in Dallas. A familiar tale would then be told by Staller and his government employer. Staller “feared for his life,” and Mr. Allen was “choking him,” according to a statement by the municipal entity. This prompted the cop to shoot Mr. Allen seven times (with his “service weapon” as state-run media will refer to it), killing the father of two instantly. The killer cop was given at least a week off before quickly returning to “patrol” duty. State-run media also highlighted a “February 23 arrest” of Mr. Allen for possessing the naturally-occurring, cancer-killing plant cannabis.

The diaspora people of America (known as “blacks” to government and their media) eventually must accept the fact this is the long-time, historical accepted culture in this imperial land. We’re duped into believing all these token “acts” (Civil Right Acts, Emancipation Proclamation, 13th Amendment, etc.) made Nubians equals in this country. As this website has chronicled many times, “police” were created in the mid-1800s to “catch straying and runaway slaves.” The 1857 U.S. Supreme Court decision Dred Scott vs. Sanford affirmed that the term slave equals any and all “blacks,” free or otherwise. Unfortunately we cannot even keep up with the daily slaughters of our brothers under color of state law, and miss reporting on hundreds of them. The job of police is to slaughter us and anybody who tells you otherwise is part of the problem and not the solution.

The fact is we are at perpetual war. This cop who murdered Mr. Allen will murder again and is now more respected than ever by his fellow cops in Dallas and nationwide for the kill. We simply must live our lives as divested as possible from this imperial land, realizing any encounter with these imperial forces can end this human existence. Mr. Allen is not dead…his soul is free from this biblical hell known as Earth. The kangaroo investigations being conducted into his are just that. Nothing will come of it because, again, the cop did exactly what he is paid to do.

Our thoughts are with Mr. Allen’s family.