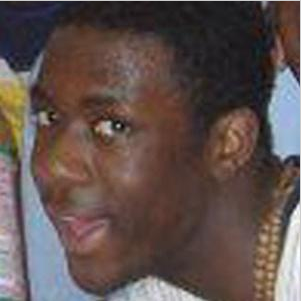 The genocide of Americans by government thugs continues…this time an unarmed 18-year-old man murdered in his own home for allegedly having marijuana.

The cold-blooded murder took place this past Thursday afternoon in the Bronx section of New York City. Police say they followed Mr. Ramarley Graham to his home after allegedly seeing him purchase marijuana. According to several reports (which refer to Mr. Graham as “the drug suspect”), New York City Police Commissioner Ray Kelly said six cops on a “street narcotics team” radioed in that Mr. Graham was armed. The police thugs approached Mr. Graham, so the young man, fearing for his life, ran into his home. Three cops then broke into the private residence, yelled “he’s got a gun,” which prompted one of them to fire a single shot at Mr. Graham’s chest, killing him instantly. Mr. Graham’s 6-year-old brother and his grandmother Patricia Hartley were in the home when the murder took place.

Here is a report from the WABC-TV 7 in New York about the murder.

In an unusual, yet positive move by NYPD, the cop who shot Mr. Graham and the other cop involved both have been assigned to a desk job and had their badges and guns confiscated from him, pending an investigation by the Bronx district attorney. Commissioner Kelly, also unusually, seemed to express remorse and casually condemn the killer cops for their actions. “We see an unarmed person getting shot, that always concerns us. This is the worst thing that can happen to a parent,” he said at a press conference.

Despite the overwhelming evidence pointing to murder, police in the USA are rarely charged with crimes for murdering American citizens. The only good news with this case is that the cops were not rewarded as they are in most cases with a paid vacation, aka “paid administrative leave.” We will continue to follow this story until we learn if the killers are charged with murder.

Our thoughts are with the family of Mr. Graham.