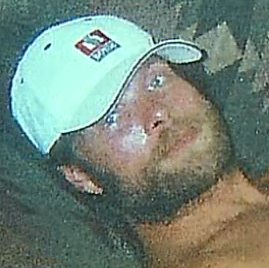 A man is now dead for being drunk and having a knife in his hand. It’s yet another example as to why Americans should never call police for anything,

The murder occurred late Friday night in the town of Fairview, Oregon – about 15 miles east of Portland. Ms. Sandra Kelley called police because her son, 37-year-old Larry McKinney, was drunk. She wanted him to leave the house. Fairview Police said Mr. McKinney “attacked” one of the officers with a knife when they arrived. Further, they said “officers felt threatened.” This prompted the police thugs to fire three bullets, killing Mr. McKinney instantly. The cops, of course, were rewarded with paid vacations, aka “paid administrative leave.”

Watch a report from KGW Newchannel 8 in Portland.

The tale Fairview Police are telling (not surprisingly) is false. Ms. Kelley said her son did in fact have a knife in his hand. But the police thugs opened fire on him seconds after arriving. The cops shoved Ms. Kelley, 60, down to the ground after her son was dead. Mr. McKinney’s uncle, Gerald Kelley, was also inside the apartment. He gave an identical account of the murder as Ms. Kelley’s. Fairview Police are so far protecting the names of the murderers. State-run media outlets are emphasizing a “prior criminal record” of Mr. McKinney to justify the murder.

A press conference will take place sometime tomorrow. The cops will praise the “officers’ bravery” and provide plenty of erection material for the copsucking community of America. The comments on the KATU Channel 2 coverage of the murder gives a thorough, sickening reality as to the mentality of copsuckers. Americans allow and encourage police and military top slaugher anybody they wish.

Mr. McKinney had three young children who will now grow up without a father. Our thoughts are with Mr. McKinney’s family.