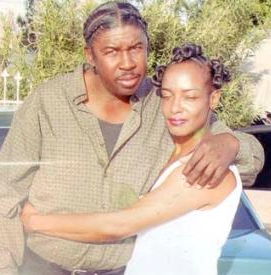 LAS VEGAS — An inadvertent bullet was fired and grazed a young child in a private residence. The situation ended with police burglarizing the home and killing a distraught grandfather.

The summary execution occurred last Friday in central Las Vegas in the home of Ms. Laurie McMillan and her common-law husband, Mr. Sammie Clay. According to Las Vegas Police, five of their cops – Brian Jackson, Larry Miles, Jacob Legrow, Brian Walter and Roberto Medina – arrived at the home around 11 p.m. They received a call from University Medical Center about an 8-year-old girl being admitted because of a bullet wound. Vegas police say their cops saw “fresh blood” outside the residence, so they “made entry” into the home. Mr. Clay immediately fired upon them, according to police.

One of the cops, Jackson, was grazed. The rest of them fired several shots back. Police say Mr. Clay, 56, then barricaded himself in the home for three hours. He was pronounced dead at about 2:15 a.m. Saturday morning. Vegas police say they have no further comment. The five shooters were rewarded with a paid vacation, aka “paid administrative leave.”

Watch a report from ABC-13 Action News in Las Vegas.

Ms. McMillan said the entire episode was a freak accident. Mr. Clay went into complete shock and froze when he saw his granddaughter, Jhalisa, bleeding. The bullet penetrated a wall and grazed her. State-run media broadcasted several sensationalized “reports” about the incident after the family rushed Jhalisa to the hospital. Thus, Mr. Clay thought he may have accidentally killed her.

Ms. McMillan and Mr. Mike Jacobs, who is Mr. Clay’s cousin, said they returned to the home after Jhalisa was stitched up. But they were greeted by several cop cars. They asked police if they could go inside and tell Mr. Clay that Jhalisa was not seriously injured. The news would hopefully calm down the situation, which was already unnecessarily escalated by cops. But police told the family to “get as far away as possible.” They arrested Ms. McMillan on a warrant for “littering.”

State-run media, following standard protocol, dug up and printed/broadcasted a “prior criminal record” of Mr. Clay. They use this tactic to justify summary executions all across the USA. State-run media lied and said police were called to the home for a domestic disturbance. Ms. McMillan said that is completely false. Vegas police would not confirm how Mr. Clay died at first. But the coroner’s report said he died from a single gun shot wound to the chest.

Sammie Clay is a martyr

Police claim Mr. Clay died from suicide. It is very difficult for someone to shoot themselves in the chest and die. The mystery could easily be solved. The bullet in Mr. Clay’s body either matches his gun or the cops’ guns. But Vegas police say they will not comment further. Here is the full police fantasy narrative (aka “police report“).

It is clear the United States is a full-fledged fascist police state. Government henchmen destroy the lives of entire families because they believe it’s their right. Mr. Clay’s family neither called police nor asked the government henchmen to get involved. This is life in the new NDAA/Patriot Act/H.R. 347 America.

Americans, especially black Americans, have no rights. Mr. Clay went out the way any real, free citizen would IF he really shot this cop with the flesh wound. Mr. Clay was already distraught. He was trying to figure out what happened to his granddaughter. A gang of armed government henchmen barged into his life without permission.

Family trying to cope with tragedy

Politicians, especially on “the right,” continue talking about getting government out of our lives. They preach less government. But both political parties make an exception when it comes to unchecked power of cops. Las Vegas police were salivating at the sight of blood outside the McMillan/Clay residence. They had the opportunity to shoot their toys at living humans, with paid vacation awaiting them in the event of a kill.

Ms. McMillan was released from the Clark County Jail Saturday afternoon. She was unaware of Mr. Clay’s death until young Jhalisa asked who shot him. We’ll continue to follow this story. We expect Clark County and/or Vegas police to further persecute Ms. McMillan over the artificial “littering crime” to help justify the summary execution.

Our thoughts are with the family of Mr. Clay.