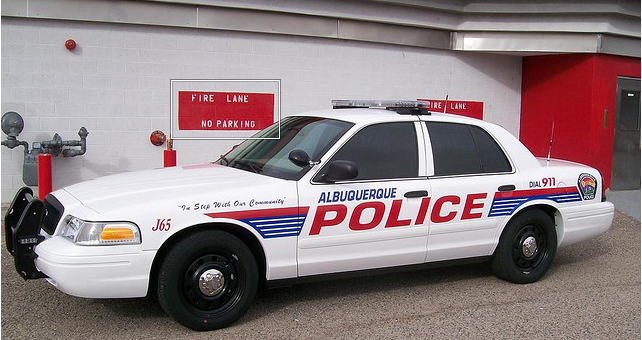 ALBUQUERQUE — It seems we are always re-visiting the Albuquerque Police Department on our websites. From former Albuquerque cop David Maes getting a mere probation sentence after he raped a woman in a hospital he was supposed to be protecting; to APD gunning down a schizophrenic man this past April. Though every cop in America already has incentive to murder citizens by being rewarded with paid vacations (aka “paid administrative leave”), Albuquerque police have taken things a step further.

According to the Albuquerque Journal, APD cops who have killed citizens in the past two years not only were rewarded with paid vacations (which is standard protocol all across the country), but also got an additional $300-$500 from their police union if they were involved in the shooting. Albuquerque Police shot and killed 18 people from 2010-2011 by our count, with a majority of the victims being Latino. Last year, Alan Gomez was shot and killed by Albuquerque cop Sean Wallace because Gomez was “holding something black in his hand,” which turned out to be a spoon. Wallace was of course rewarded with a paid vacation, and received an additional $500 for the kill. Wallace received another $500 in 2010 for another shooting he was involved in.

Felipe Garcia, the Vice President of Albuquerque Police Officers Association, angrily denied the “bounty” program, calling it a “private internal issue” for a “private organization.” He continued: “any claim or assertion that these are somehow cash payments for the officer merely shooting someone are absolutely ridiculous.” Joe Clure, of the Phoenix Law Enforcement Association (PLEA), said it is “insulting and very insensitive that somebody would believe that a police officer would factor in a payment for such a difficult decision.” PLEA also rewards its police who kill with $25 restaurant gift cards and sometimes $500 vouchers to hotels. PLEA also held a barbeque fundraiser last year for the defense of former Phoenix cop Richard Chrisman, who was charged with murder and animal cruelty after gunning down 29-year-old Danny Rodriguez and his dog in his own home.

Police in America have always had plenty of incentive to kill, knowing they will receive multi-week (and frequently multi-month) paid vacations, which is called “paid administrative leave,” and not be charged with any crimes in 99 percent of cases. Now Albuquerque police, already known for being trigger-happy, are saying the additional payment is strictly for help in the “grieving process of their brave men and women.”

Albuquerque Police Chief Ray Schultz said he was unaware of the payments, and Mayor Richard Berry called for an immediate halt of the payments. The United States Department of Justice has already been involved in investigating civil rights violations by APD, and now activists and City Council members are calling for even more federal involvement.