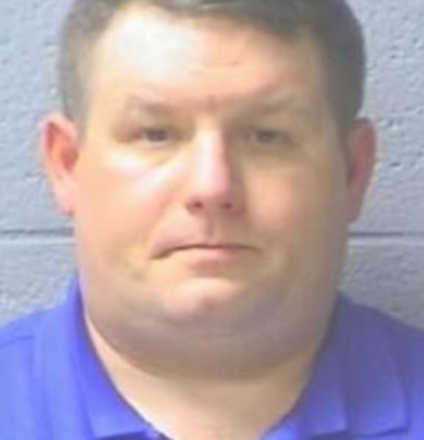 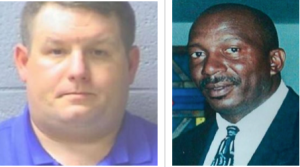 EUTAWVILLE — It took 3 1/2 years and a lot of protesting, but a killer cop will now at the very least face the possibility of a long prison sentence.

Mr. Bailey, a former corrections officer and employee of a nearby Walmart for 17 years, arrived at Eutawville Town Hall on May 2, 2011 to pay a utility bill. While there he asked Combs about a traffic violation local police issued to a relative. Combs didn’t appreciate the “uppity negro” question, which prompted him to fire two shots into Mr. Bailey’s pickup truck as he sat in it, killing him instantly. Combs was immediately rewarded with a paid vacation which lasted two months. The city stopped paying out the reward that July and Combs was fired in November that year.

We followed up with Kathryn Richardson, the Internal Affairs and Public Information Director for South Carolina Law Enforcement Division (SLED), in February of 2012. She told the OP-NAT EYE that the case had been forwarded to local prosecutors. We also reached out to Xochitl Hinojosa of the U.S. Department of Justice that same day, but received no response.

Combs used the proverbial “feared for his life” defense, saying his arm was entangle in the steering wheel of Mr. Bailey’s truck as it was parked. Combs said Mr. Bailey may have decided to start driving and hurt him, which prompted him to shoot. The story never added up, as Mr. Bailey’s vehicle was in park and not running. Similar to the recent events in Ferguson, Missouri, Mr. Bailey was left dead in the truck for hours, while Combs was immediately taken to a local hospital for “undisclosed” injuries.

The Justice Department decided not to file federal civil rights charges in March of 2013. State prosecutors charged Combs with official misconduct in August of 2013. Mr. Bailey’s family was given $400,000 in blood money by the city this past August. The murder charge comes three years and seven months after Mr. Bailey was summarily executed.

Combs faces the possibility of life in prison, but that is highly unlikely based on other cases across the country of police charged with murder or any other crime against the people. South Carolina has indicted two other cops who murdered unarmed people in the past year, but on lesser charges. 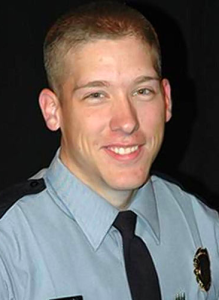 It took three years and seven months for a murderer to even be charged for the crime in this instance. We don’t expect an inevitable majority-white Eutawville jury to convict Combs of murder. The town is about one-third black. This thing, frankly, reeks of “make-up call” after killer cops in New York and Ferguson, Missouri were both let off for the murders of Eric Garner and Michael Brown, respectively.

We’ll continue to follow this story as it develops.