by Brian A. Wilkins
Founder – Operation-Nation 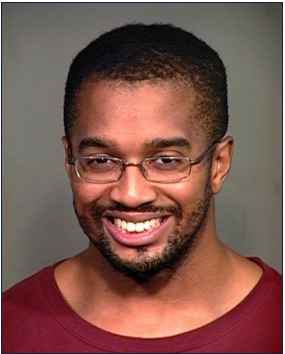 On July 22, 2008, I was arrested and jailed for almost 2 months (pre-trial) for believing in Arizona’s “stand your ground” laws, the Castle doctrine and general self-defense statutes. I was attacked in my own home in Tempe, AZ, at knife point by a white male who was on probation for counterfeiting money, and was high on meth. At the time I was a full-time college student, working a full-time job as a mortgage underwriter, and had just been accepted into two law schools. My criminal record consisted of a 10-year-old DUI in Iowa City.

The assailant lived in the same apartment complex I did and had been in my place earlier that night. I had also just recently won a pro-se wrongful termination lawsuit, which was common news around the apartment complex because the employer was a radio station which I had a show on. I would have surely been killed had I not fired my pistol in the vicinity of the attacker to scare him off. My conscience would not allow me to take his life. Long story short I was immediately arrested and jailed, though I did not hurt nor even scratch anyone, while the on-probation attacker (who was prohibited from drinking or doing any drugs) was not charged or even questioned for any crimes.

Tempe Police said I attacked him even though all evidence said otherwise, including electronic messages he left me saying, “pay me $1000 right now or I’m calling the cops nigger. I have a witness.” The public defender I was ultimately assigned also said the witness changed her story several times.

The story Tempe Police conjured based on the assailant’s statements was that I came out of my apartment unprovoked and fired shots for no reason. In hindsight, sadly, I should have killed the guy since the knife he held to my throat would have still been in his dead hands when cops arrived. The law is also written in a way that favors killing the assailant as opposed to scaring them off. I was punished for not fitting the description of “stand your ground” eligible-persons, and for not killing him.

(UPDATED July 22, 2013) In Florida, George Zimmerman got out of his car, unprovoked, and killed an unarmed teenager, against advice of 911 operators, and was recently acquitted of murder. Thus even if the lies Tempe Police and their assailant comrade were true, I still did nothing wrong based on the way the law is written (Florida and Arizona stand your ground laws are almost identical). Maricopa County ultimately had to admit there were no victims in this case (except of course myself – and it’s at the bottom of page 3), but still my life was altered forever.

Stand your ground laws only apply to certain people. I do not fit that description of people. However, George Zimmerman, under the same kind of law, can stalk and kill an unarmed child and not be arrested at all until after a mass outcry forces the situation. It is clear who these laws are intend for, and who they were written by. That same year I was arrested, a white man named Steve Saridakis, in Tempe, fired several rounds at a black man driving away in a car (not in self defense). Saridakis was not charged with any crimes.

Many people, of course, believe the police and prosecutors in this persecution. Many more will simply dismiss all these facts and realities as “the race card.” But the fact remains, all I ever asked for was my Sixth Amendment Constitutional right to a public, speedy trial by an impartial jury, which was revoked by the Maricopa County “justice” system. I was never even given had a chance to be proven not guilty. Based on precedent, if the guy who held the knife to my throat had been the same ethnicity as myself, I’d probably not be writing this article today.

I kept a journal of all 58 days of pre-trial incarceration and published most of it here. The book with the complete story will be published soon. The link also contains every document and every appeal and petition for you to read and decide for yourself what happened…because only myself, the attacker and God know the truth.